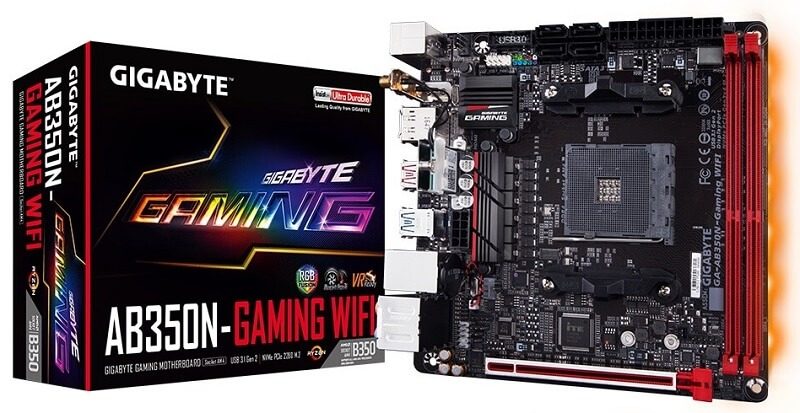 Ryzen has already gotten off to a flying start. However, while the big X370 motherboards have been stealing all of the thunder, the demand for a mini-ITX Ryzen gaming system is growing. Now that we have a new wave of small Vega graphics cards from AMD, and even some mini GTX 1080’s and 1080 Ti’s, there’s a lot of scope for small yet powerful systems.

Equipped with the B350 chipset, the AB350N-Gaming WiFi promises to deliver amazing performance. All Ryzen CPUs are unlocked, but you need X370 or B350 chipsets to take advantage of that. Fortunately, this board does allow overclocking, so you can get the best performance from your new CPU. I wouldn’t be surprised if the VRM throttled while overclocking something like the 1800X, but well… duh! That’s why we’ll be testing this board with something more appropriate in the Ryzen 5 range of CPUs. 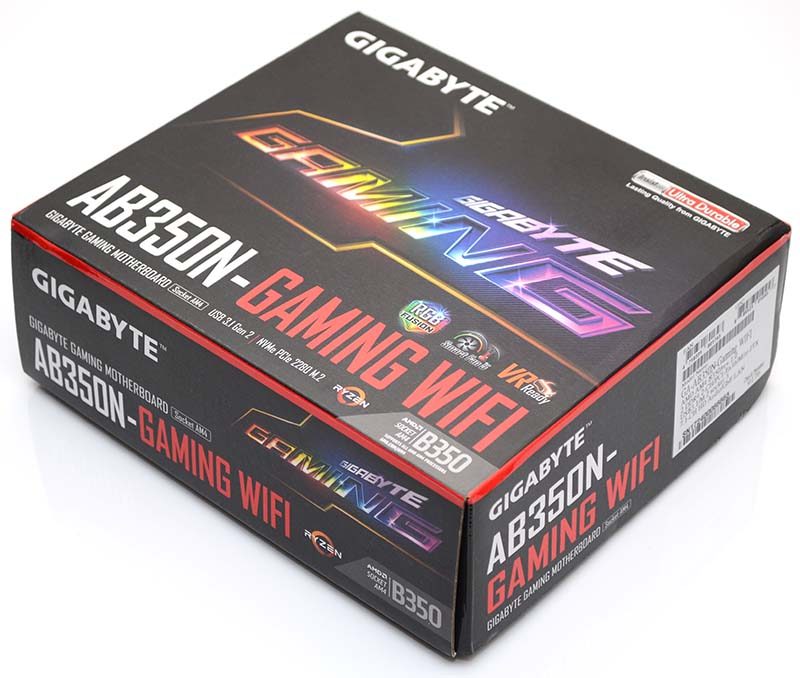 As you can see, this board may be small, but it goes big in terms of features. There’s RGB lighting, USB 3.1, 802.11ac WiFi, powerful sound processing, Gigabit LAN, and even some armour. That’s enough to get any system builder excited about this motherboard. 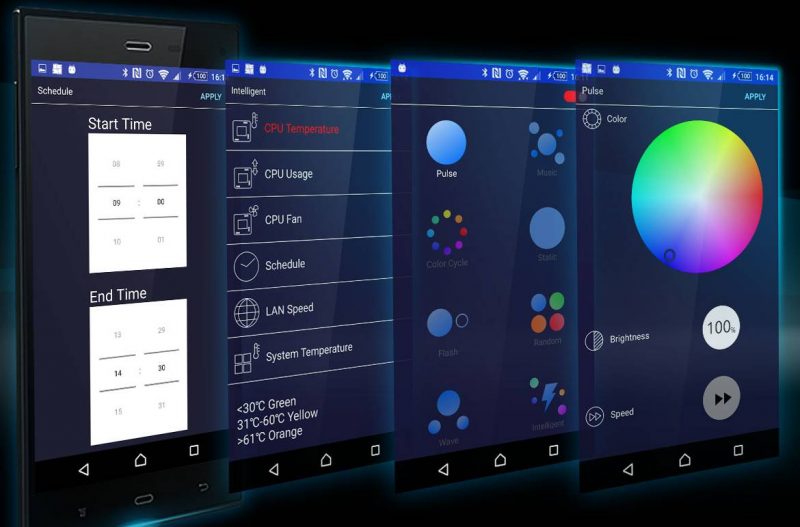 “To ensure the best performance and compatibility, GIGABYTE has allotted additional spacing between the CPU Socket and the DIMM Slots. This gives ample room for airflow while preventing any bending, as well as making room for larger heatsinks on DRAM Modules when paired with large air coolers.”

In the box, you’ll find the backplate, some cables, WiFi antenna, and a user’s manual. That’s not a lot, but it’s everything you need for such a small motherboard. Let’s get the rest of the hardware out of the box for a closer look!