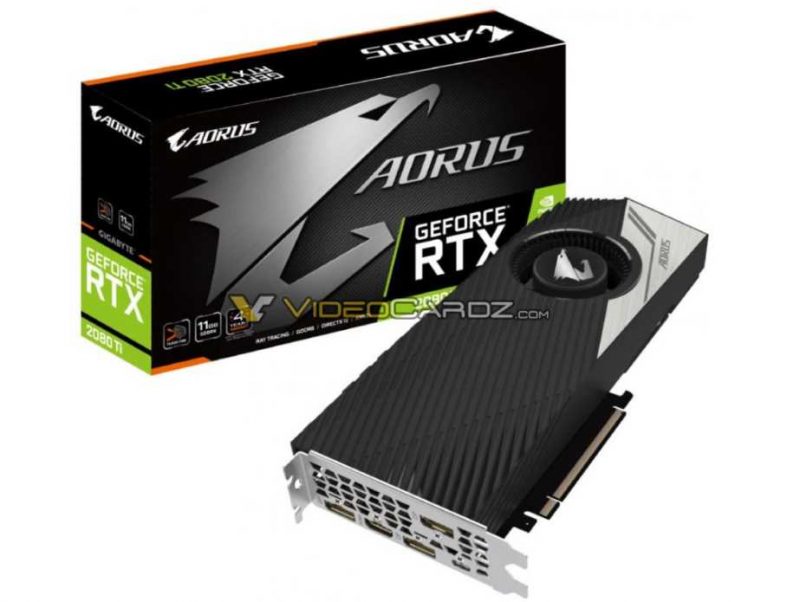 Although this may not apply to all of you, generally speaking, ‘blower’ cooling technology is considered to be amongst the poorest (or at least most basic) you can have. It’s often more associated with AMD products (such as seen in some of the RX 480 and RX 580 variants) and, in truth, a little uncommon for Nvidia cards. Well, full-sized ones at least!

In a report via Videocardz though, leaked images have appeared showing what looks to be a Gigabyte Auros 2080 Ti carrying the ‘blower’ design.

As above, it is certainly more than a little strange to see this design used on a Nvidia card. Let alone a full sized one and also what is (at the moment at least) one of the most powerful GPUs on the market. This design is, however, causing more than a little confusion in the community as exactly what it’s intended for. Why buy this over a triple fan design which should, at least in theory, keep it operating much cooler? 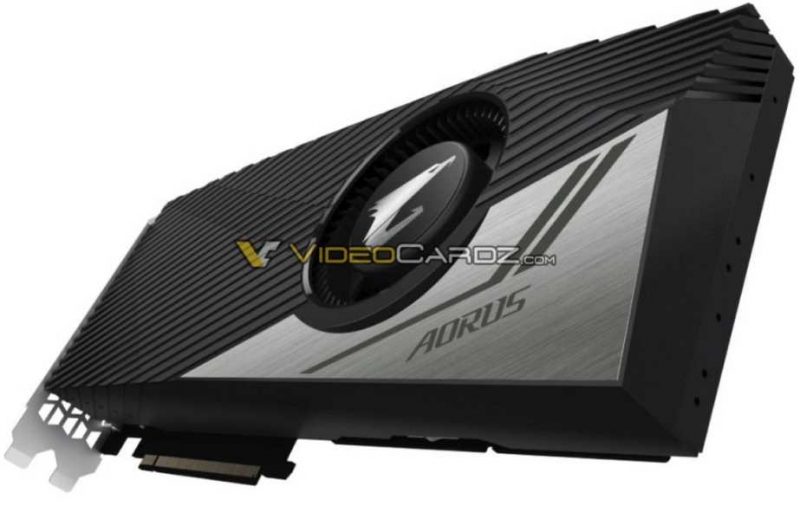 The only clue that people seem to be working on is that this GPU doesn’t have a backplate. This is a design commonly seen in multi-GPU setups. On the whole, though, this graphics card certainly asks more questions than it, on the surface at least, answers.

What do you think? Can you see the purpose of this graphics card? Is Gigabyte looking to offer a multi-GPU variant or a less expensive alternative? – Let us know in the comments!