Motherboard manufacturer Gigabyte has announced their entire Intel Z370 motherboard line. It comprises of eight Z370 motherboards so far for the UK market. Of this eight, five are AORUS gaming units. For the 8th generation processor release, Intel is only creating a single Z370 chipset, abandoning the B360 and H370 options. 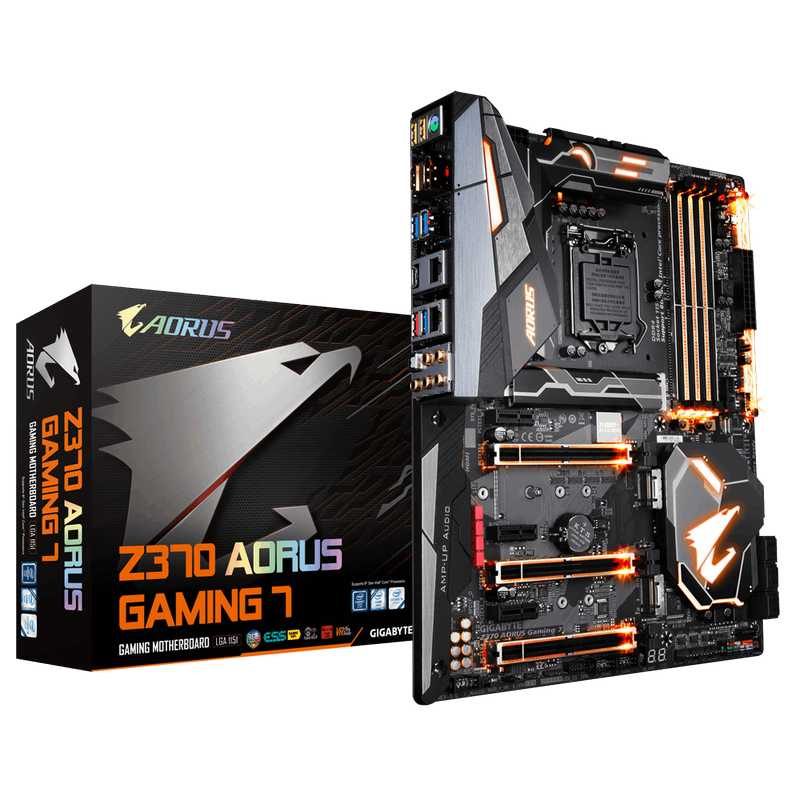 Obviously, the Z370 AORUS Gaming 7 is the flagship motherboard. As such, it contains most of the features shared by all boards and is the most feature rich. It uses a standard ATX form factor of 305 x 244mm. This flagship board also features the most impressive built-in audio with ALC1220 and high-end ESS SABRE 9018 DAC. The audio subsystem also uses special Nichicon and WIMA audio capacitors.

For network connectivity, the board is equipped with an Intel i219V GbE LAN with a Killer E2500 LAN. For storage, there are two M.2 slots supporting PCIe x4 M.2 SSDs. One of which has a thermal guard for heat dissipation. There are also six SATA ports available and USB 3.1 Gen.2 Type-C port available. 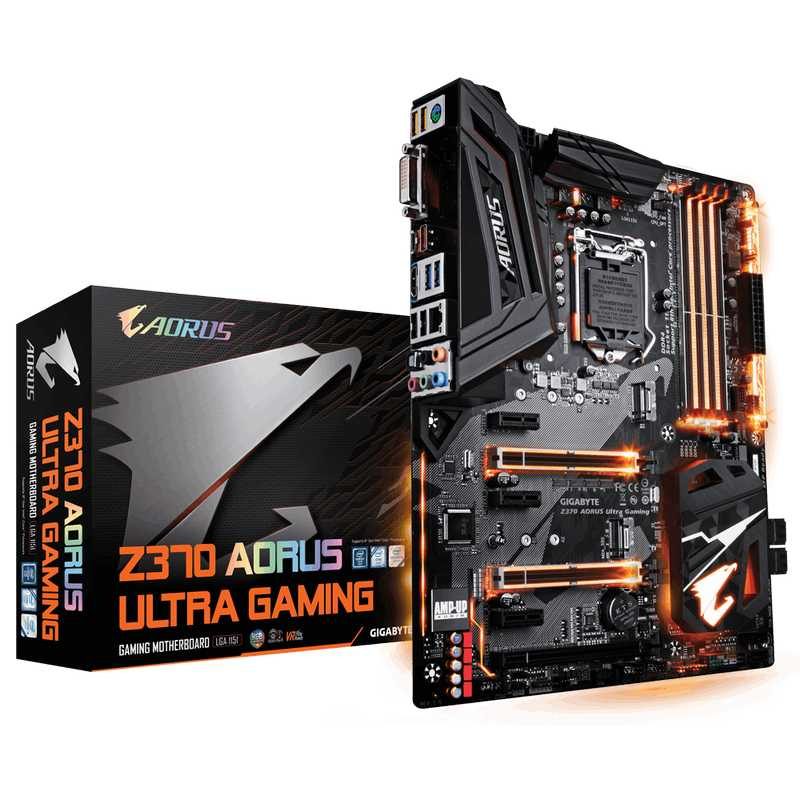 The Z370 Gaming 5 and the Ultra Gaming lack the ESS SABRE 9018Q2C chip. Although the Gaming 5 retains the Sound BlasterX 720-degree feature, which the Ultra Gaming version lacks. Both boards also lack the Killer E2500 LAN port, although they both have the Intel i219V GbE LAN. The Gaming 5 has the advantage of having 802.11ac Wi-Fi built-in. Otherwise, all three boards have similar expansion slot options. The two PCIe x16 slots at the top even have triple-slot spacing for adequate airflow. All three also have LEDs and armor reinforcements. 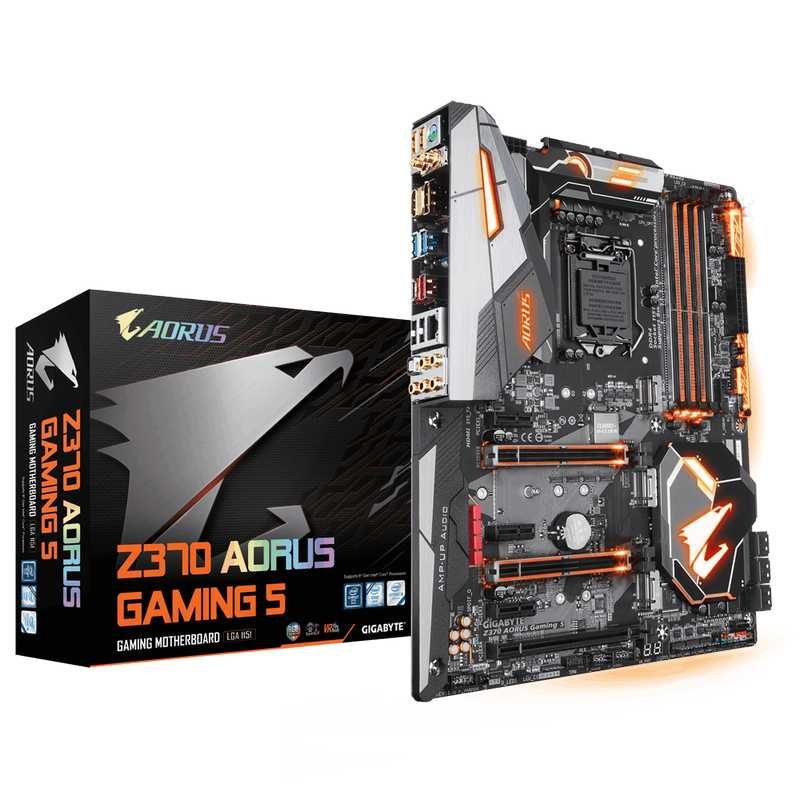 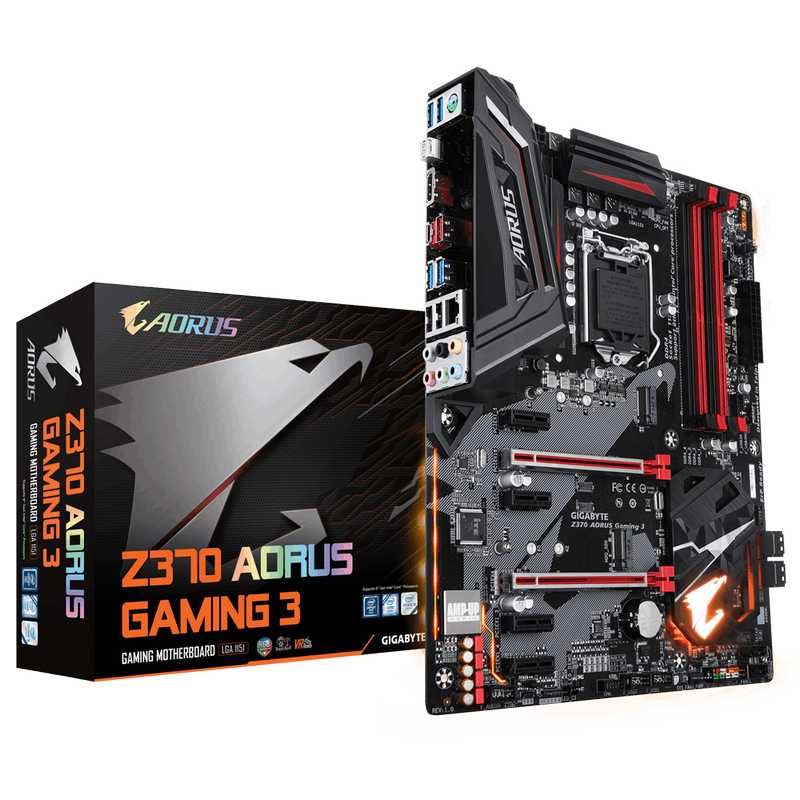 The Z370 AORUS Gaming 3 and Gaming K3 make up the affordable mainstream end of the AORUS Z370 line. Weirdly enough, the K3 does not have the Killer E2500 NIC but the Gaming 3 does. You would think that the “K” refers to the Killer Networks feature. The Gaming K3 makes use of Intel LAN instead. It looks like the Gaming 3 is the more expensive of the two however, having an IO cover and an OC button at the back. The Gaming 3 also has USB 3.1 Type-C header on the front panel. Otherwise, they both seem to share most of the same features, including the chipset heatsink and color-scheme. 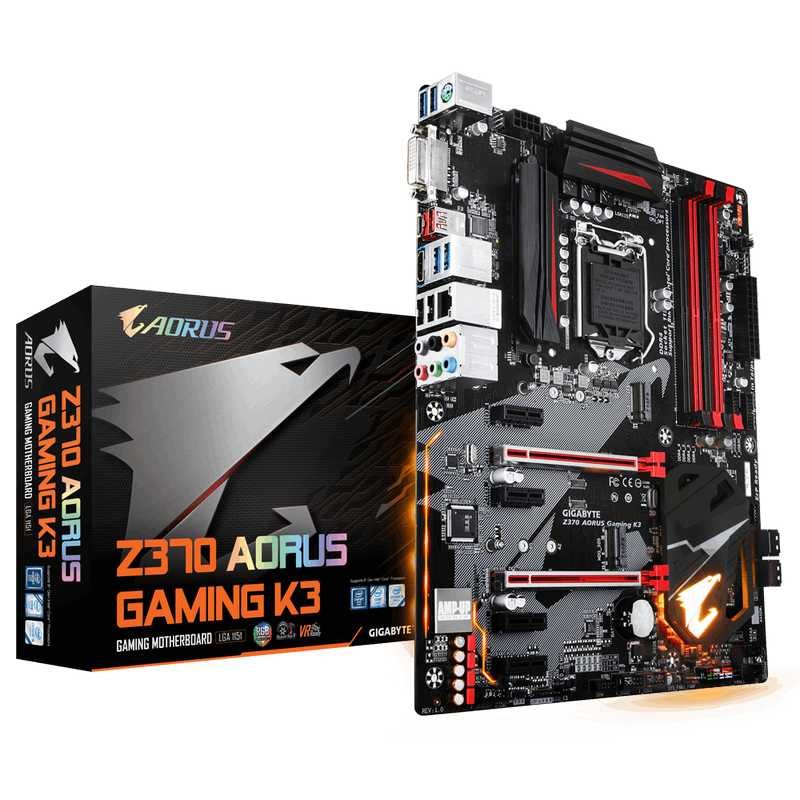 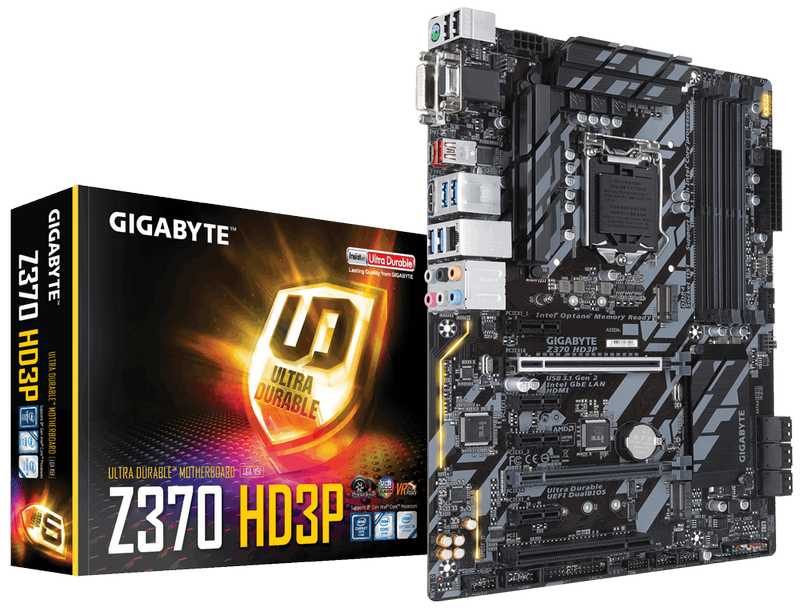 The HD3 line has the HD3P and HD3. The HD3P has more features, namely USB 3.1 Gen 2 and Type-C at the rear IO. It also has the advantage of having dual PCIe x4 M.2 slots, while the HD3 version only has one right below the CPU socket area. The HD3P also has one more PCIe x1 slot available and front panel USB Type-C header onboard. Maybe the “P” stands for premium as even the HD3P’s audio is better using ALC1220 like the AORUS line, while the HD3 is using an ALC892 codec. Otherwise, both boards share the same feature set and are similar in appearance. 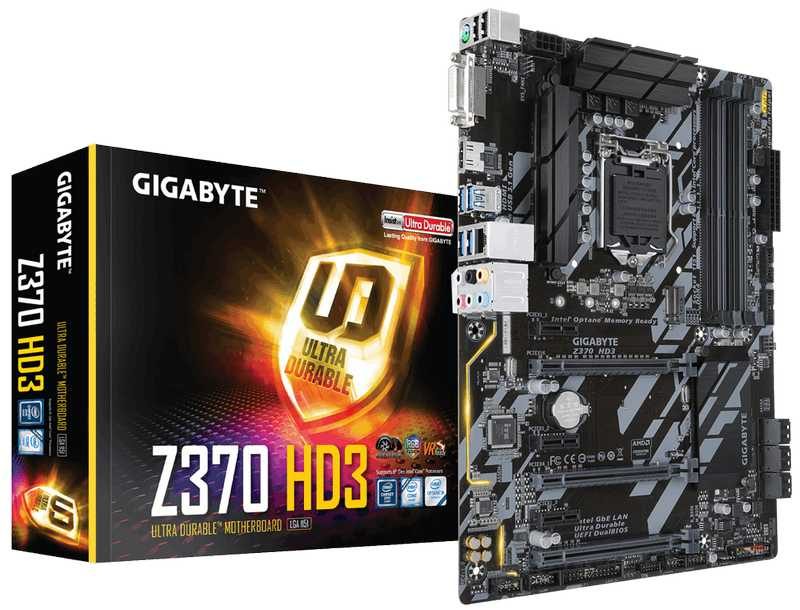 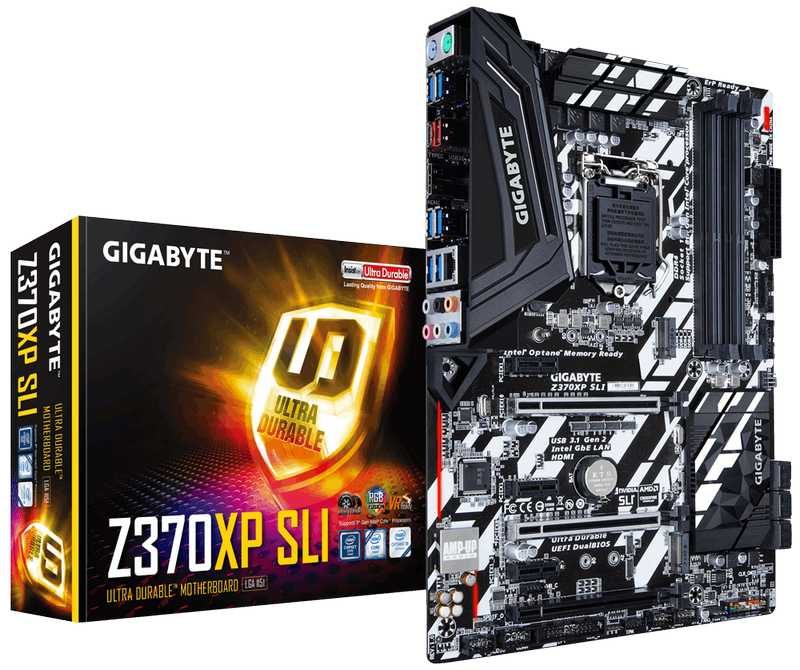 Despite not being part of the AORUS line, the Z370XP SLI is actually a feature-rich board. It is a lot fancier than the HD and HD3 models and has its own unique black and white color scheme. It has a Realtek ALC1220 HD audio codec and uses Intel i219V GbE LAN as well. Users can install two PCIe x4 M.2 slots and has six standard SATA3 6G ports available. It lacks the USB Type-C front panel onboard header, but has two 19-pin USB 3.0 headers available. There is a USB 3.1 Gen.2 Type-C and Type-A port available in the rear IO however.