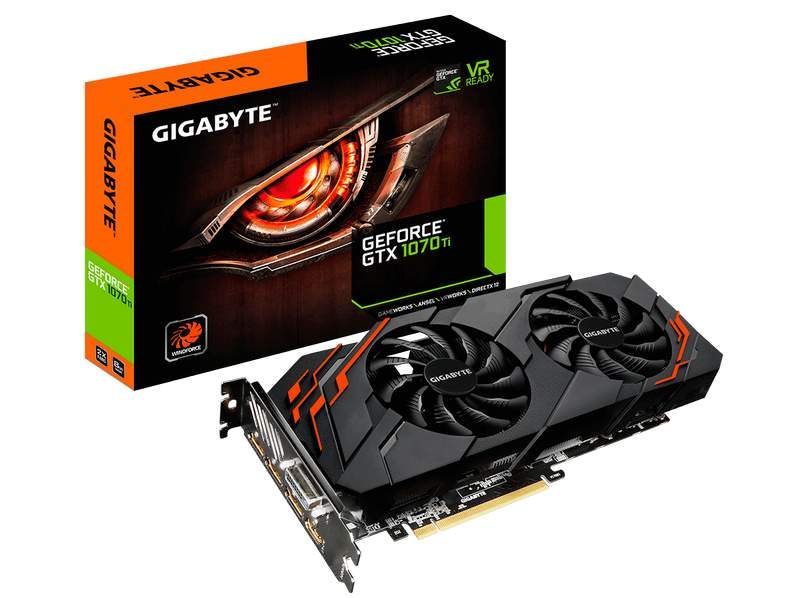 Gigabyte is adding one more GeForce GTX 1070 Ti video card to their line up in addition to the triple-fan option from three weeks ago. The GTX 1070 Ti 8G Windforce 2X has two fans instead, although it uses the same Windforce fan cooling design. It is not like NVIDIA’s GTX 1070 Ti GPU requires a considerable amount of cooling anyway. However, having two 90mm fans means it can run quietly  compared to a single fan solution. 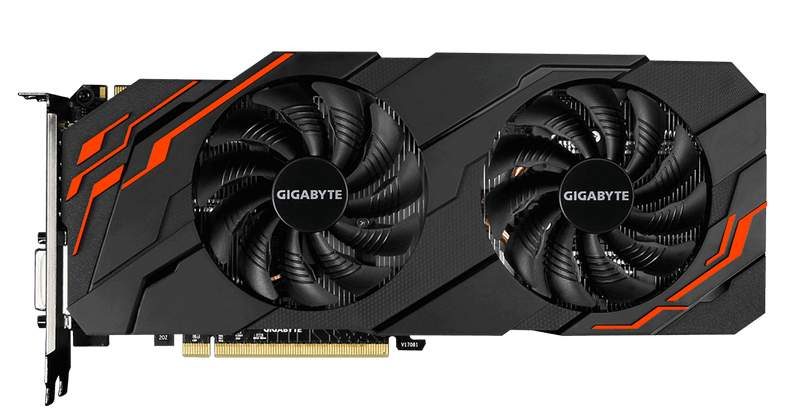 The Windforce cooling system uses two composite pure copper heatpipes with a direct-touch design for superior efficiency. The active cooling fans also sport a unique fan blade design with 3D stripe curves. This lowers the noise and increasing airflow by 23% over typical GPU fans. Under low loads, the Windforce fan cooling system also shuts down automatically. Which in turn minimizes the noise levels as much as possible. The Windforce 2x version actually has the same VRM design as the GTX 1070 Ti Windforce 3X version with 6+2 phases.

Aside from the third fan, what it lacks from the higher-end Windforce 3X version is the backplate and the LED lighting. Since these are mostly cosmetic changes, it is a reasonable trade off for a lower price. 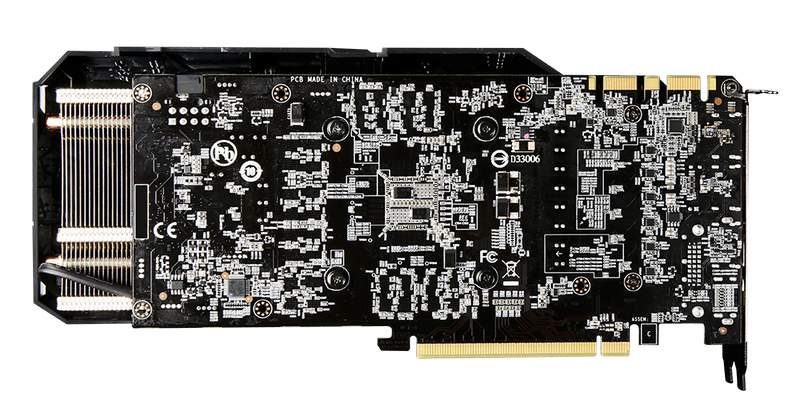 In terms of rear connectivity, the GTX 1070 Ti 8G Windforce 2x has a DVI port, an HDMI 2.0b port and three DisplayPort 1.4 connectors. Out of the box it runs at the standard GTX 1070 Ti 1607MHz base and 1683MHz boost. Although it also has an OC mode running at 1632MHz base and boosts up to 1721MHz. Using the AORUS Graphics engine, users can overclock it even further to get the best bang for their buck.