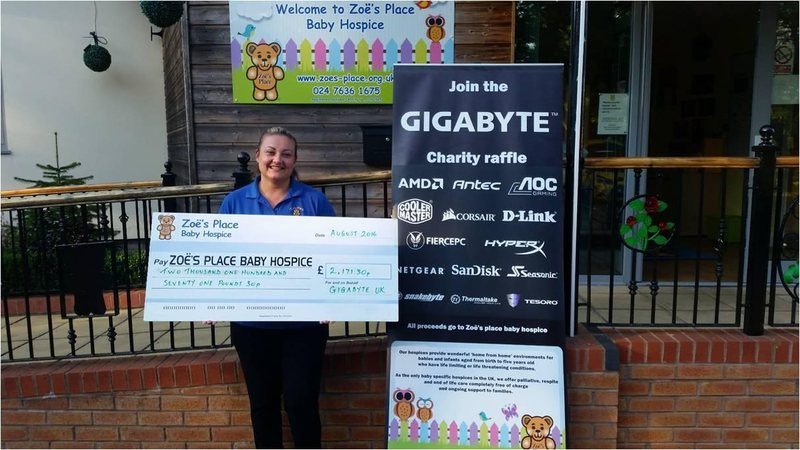 Gigabyte held another charity raffle during Insomnia 58 and as the previous times, it was a great success. This time, they raised close to £2200 for this worthy cause thanks to the support from gamers who participated in the raffle during the event.

Actually, there were two raffles, one on Friday of the Multiplay Insomnia 58 LAN Party at the NEC in Birmingham and another one on Saturday where the winners were announced live on stage and went home with some awesome prizes from Gigabyte and the other sponsors. Thanks to so many users participating, both to get a chance to win but also to support this great cause, an impressive amount of £2171.30 were raised for the baby hospice Zoё’s Place.

GIGABYTE also vowed that they will be returning to future Multiplay Insomnia LAN events with plans to organize more charity raffles – and next time with even better prizes, o come along to the next show and buy a ticket. It’s probably one of the worthiest causes around, we all have a few extra bucks that we can spare, and you get the chance to walk home with some epic hardware on top of that. It really is a win-win situation, wouldn’t you agree?

Did any of our readers go home with any prizes from the raffle? We’d sure like to hear from you if you did, so use our comment section here and on the social media pages. You can also read up on Zoё’s Place via http://www.zoes-place.org.uk/coventry/.