Within the next 24-hours, we’re expecting Nvidia to formally announce their 20XX series of graphics cards. It’s been a long wait, but finally, we’re going to get to see what the next offering from Team Green is truly going to be capable of. It’s probably just as well that it’s coming sooner rather than later as leaked from all the major manufacturers have been coming from left, right and centre.

We’ve seen GPU image leaks from MSI, EVGA, Palit, Maxsun and much much more regarding the 20XX series. Not wanting to left out of the party though, leaked images of the 2080 and 2080TI from Gigabyte have now appeared courtesy of Videocardz.

As part of the image leak, pictures of the packaging and GPU for both the 2080 and TI variant have appeared online. Similar to MSI, the packaging seems to confirm that the Gigabyte version will incorporate RGB lighting. Both the models below show triple fan designs which do appear to also be the ‘norm’ for this generation. Although a few ‘dual-fan’ designs have been seen for other manufacturers. 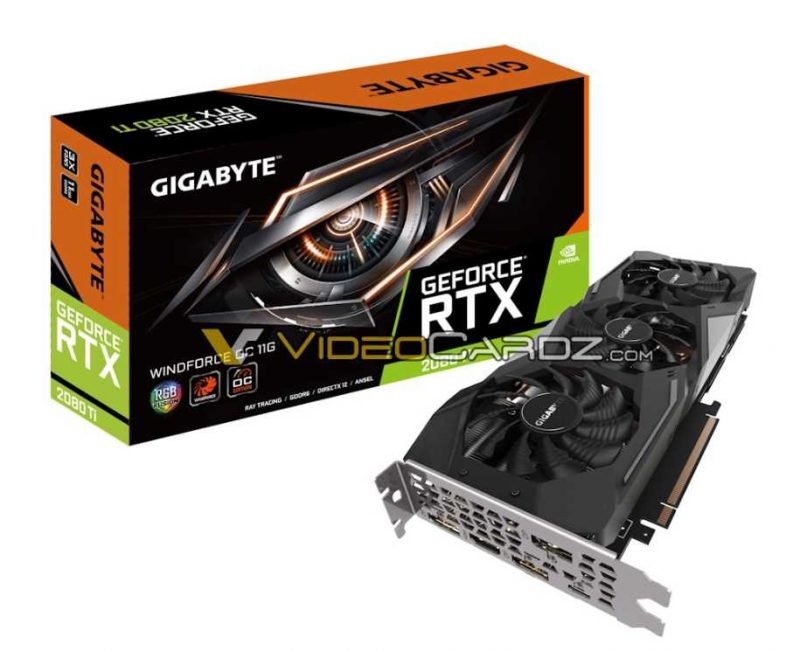 What Can We Tell From The Pictures

The only key difference noted between these two models is that the 2080TI appears to have a larger heat sync than the standard 2080. This isn’t an uncommon difference between the windforce and gaming editions of the card of which there are both versions available for both cards.

In terms of actual specifications and releases though, stay tuned into eTeknix throughout the next few days. We have our man on the ground at the Gamescom event and he will also be attending the Nvidia conference so rest assured, any news and you’ll hear it here first!

What do you think? Planning an upgrade to the 20XX series? – Let us know in the comments! 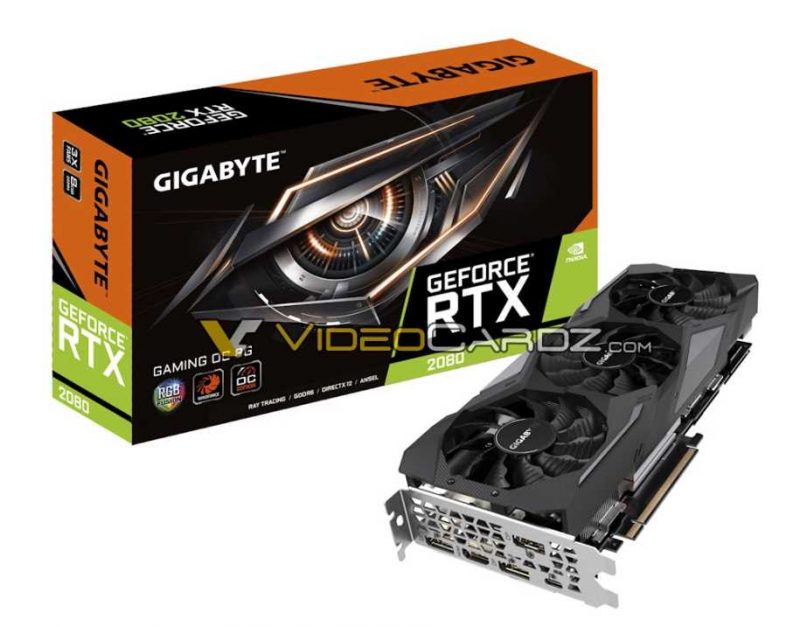