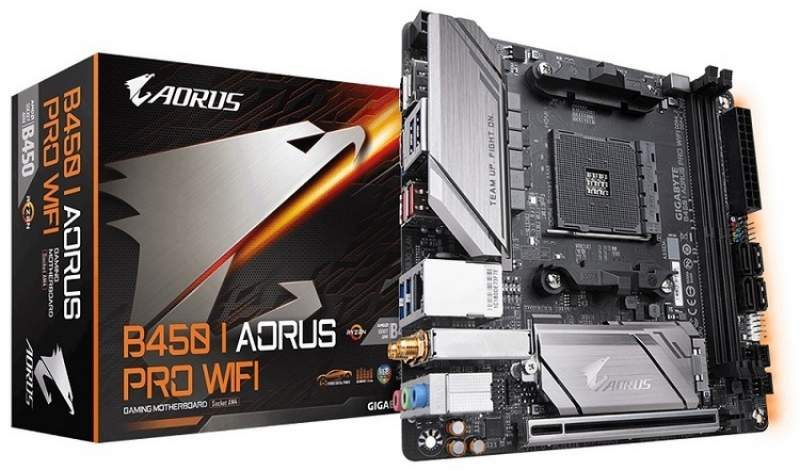 Gigabyte has launched a new mini-ITX variant of their B450 AORUS PRO WiFi motherboard. Despite the compact size, it delivers plenty of features, including an M.2 slot with a thermal guard and built-in WiFi.

Like all mini-ITX form factor motherboards, there are only two DIMM slots and one PCIe x16 expansion slot. Unlike previous Gigabyte mini-ITX boards however, the layout is more in line with an ATX or mATX board. 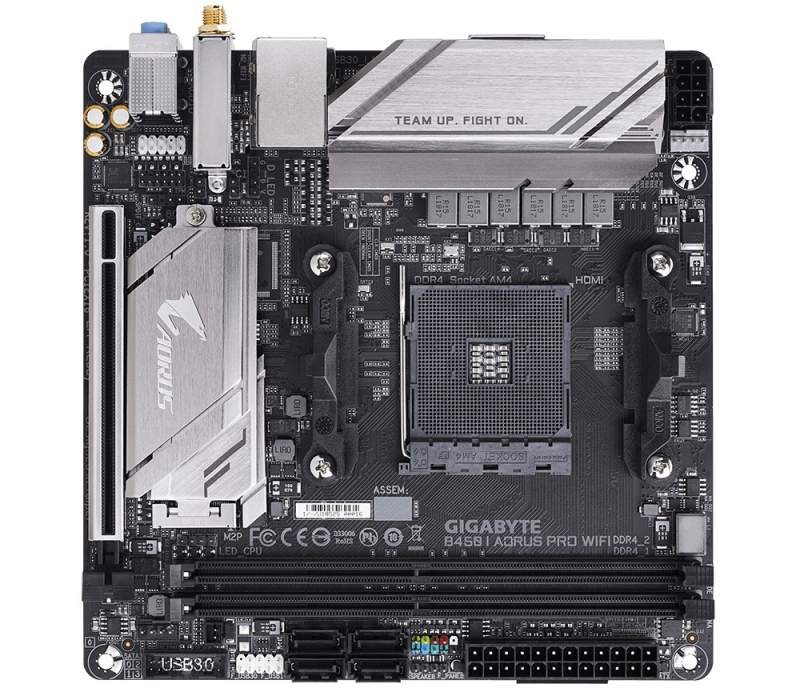 Gigabyte’s AB350N-Gaming WiFi for example has the SATA ports at the top area, and has the front panel connectors mid-board. This makes it difficult to manage the cables and connect things when there is a large CPU cooler. So thankfully, Gigabyte finally has a more functional mini-ITX motherboard layout with the B450 AORUS PRO WiFi.

What Kind of Features Does The B450 AORUS PRO WiFi Have?

The B450 AORUS PRO WiFi supports 1st and 2nd Gen Ryzen AM4 CPUs. Its 4+2 Digital VRM even has a sizable heatsink, despite being a mini-ITX board. This cooler is designed to overhang on the rear IO, ensuring that the CPU socket is clear for larger heatsinks.

All the available headers are now closer to edges, making it easier to plug in. Gigabyte even includes a digital RGB LED header for connecting addressable RGB LED devices. 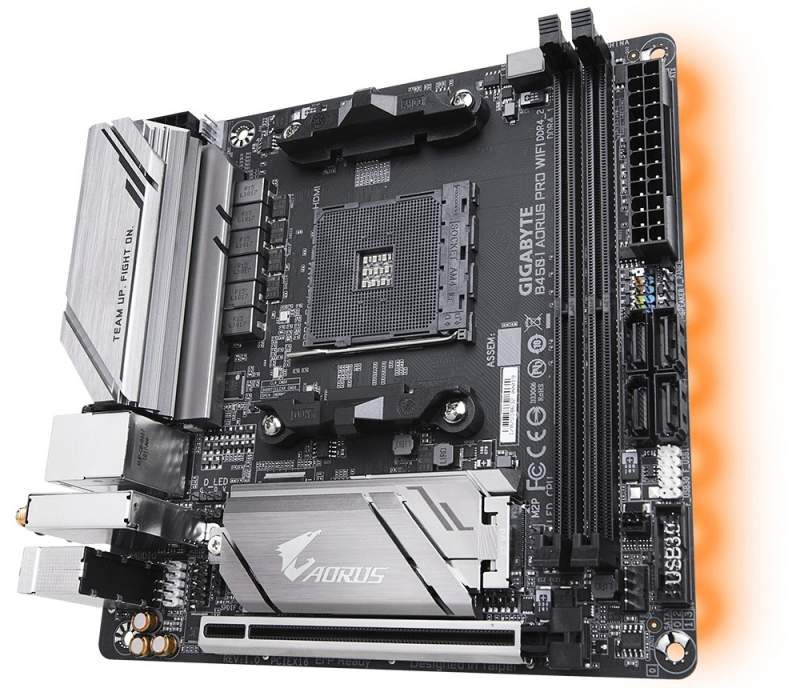 Both wired Gigabit and Wireless LAN use Intel solutions, while the audio is handled by a Realtek ALC1220-VB.

Gigabyte did not reveal official pricing yet. Although the regular ATX B450 AORUS PRO WiFi has a $120 USD price tag. So expect this board to be priced closer but below that.