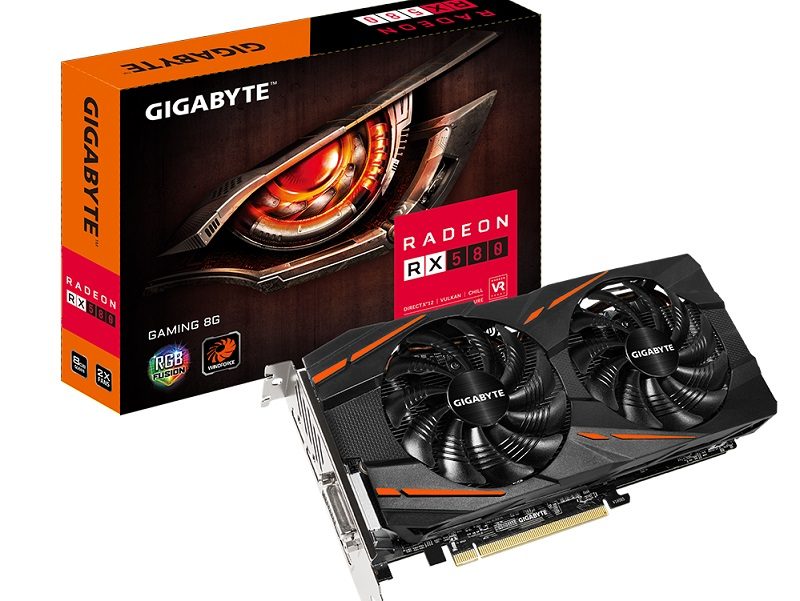 In addition to launching new Radeon video cards for their high-end AORUS graphics card line, Gigabyte is also introducing three additional Radeon RX 500 series video cards under their own brand. These three models include two Radeon RX 580 video cards and one Radeon RX 570 model. All three Gigabyte Radeon RX 500 series cards employ a similar Windforce cooling system comprised of two 90mm fans with a 3D stripe curve that actively cools the triple 6mm direct-heatpipe copper heatsink system underneath. These heatpipes are not nickel plated like with the AORUS model, but the copper color matches the orange on the shroud well.

In addition to the Windforce silent cooling system, Gigabyte has also equipped their RX 580 and RX 570 video cards with RGB LEDs along the side, controllable via RGB Fusion app. There is also a backplate integrated to prevent PCB sagging overtime, although it lacks the copper heatsink plate directly behind the GPU area. The Gigabyte version RX 500 series cards retain the LED power indicator on the connectors however, to let users know if it is getting enough power through the power supply even before powering it on. It also serves as a reminder when assembling the system so the user does not forget to plug it in. 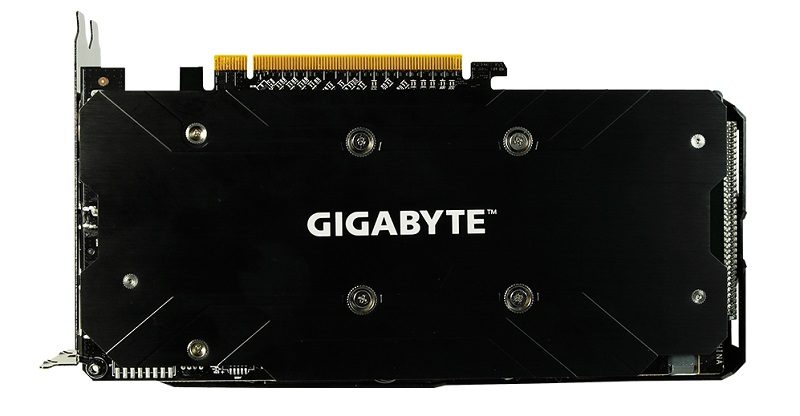 Compared to the reference Radeon RX 500 series graphics cards, the Gigabyte RX 500 video cards have a slightly upgraded memory VRM using two phases instead of just one and have also swapped out the reference NVIDIA VRM hardware with their own UltraDurable quality selection.

Each of the three RX 500 series video cards come with a dual-core clock setting: OC mode or Gaming mode, which the user can easily switch via Gigabyte’s AORUS Graphics engine which they can also use to monitor or manually overclock.  All three models can drive up to five monitors at a time with a maximum resolution of 7680 x 4320 pixels. The rear IO is equipped with a dual-link DVI-D, an HDMI port and three DisplayPorts.