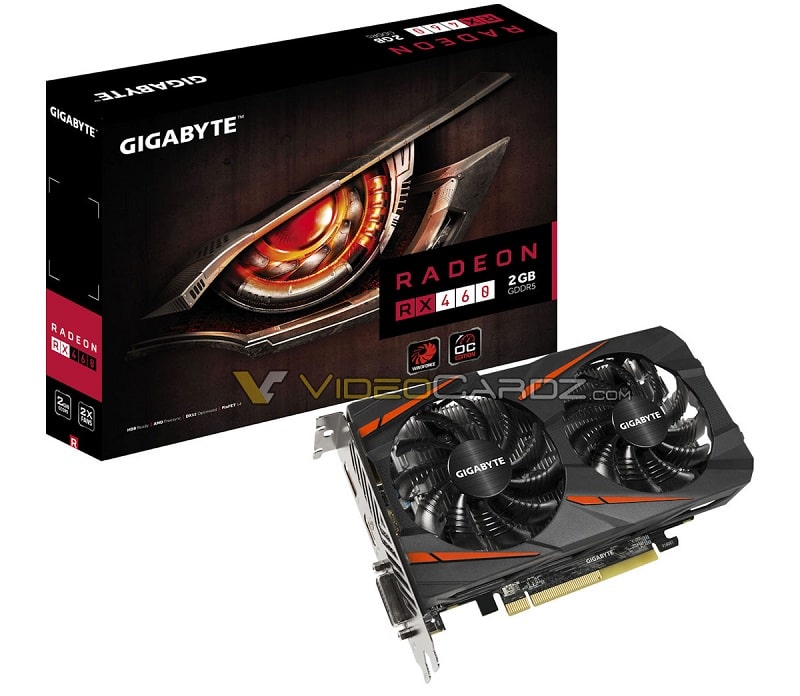 With just a short while left till AMD finally launches the RX 460, we’re getting a glimpse of its performance in the latest leak. This time around, we have the Gigabyte RX 460 WINDFORCE 2X being laid bare before us.

First off we have a number of benchmarks which show off the performance of the card in a number of titles. Given what we’ve seen of the RX 470 and RX 480 how GCN 4.0, the RX 460 offers no major surprises. In most cases, it performs a tad lower than the R7 370 and just above the R7 260X. This is pretty much we’ve expected with 896 shaders which is the same as the R7 260X but clocked about 100Mhz higher. Unfortunately, it seems that GCN 4.0 hasn’t yet shown off its benefits over previous iterations. Hopefully, this is just a matter of driver optimisation and something AMD can improve with future drivers.

For the card itself, we have the Gigabyte RX 460 WINDFORCE 2X which features their dual-fan WINDFORCE cooling solution. The card features a tiny factory overclock to the base speed but top boost remains at reference. The card only features 2GB of GDDR5 but that should be sufficient in most cases. It will be interesting to see if there are 4GB variants and faster factory overclocks later on.