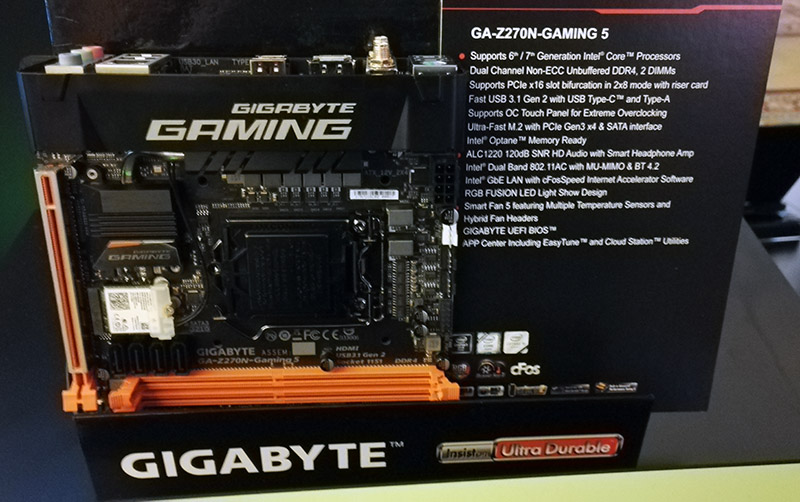 Gigabyte has unveiled a huge number of Z270 motherboards which caters towards users with contrasting budgets and form factors. While we’ve already got our hands on some of these, it’s great to see the whole range being disclosed. Rather interestingly, Gigabyte has introduced two new overclocking motherboards which support the company’s touch OC panel to perform on-the-fly multiplier changes and other voltage tweaks. The ITX version entitled the GA-Z270N-GAMING 5 comes with hybrid fan headers which support PMW/DC switching, RGB Fusion lighting, a great audio solution based on the Realtek ALC1220 codec and PCI-E x16 bifurcation in 2×8 mode with a riser card.  Not only that, the motherboard has an MU-MMO dual-band WiFi module, and allows you to connect USB 3.1 Gen1 in type-A and type-C flavours. 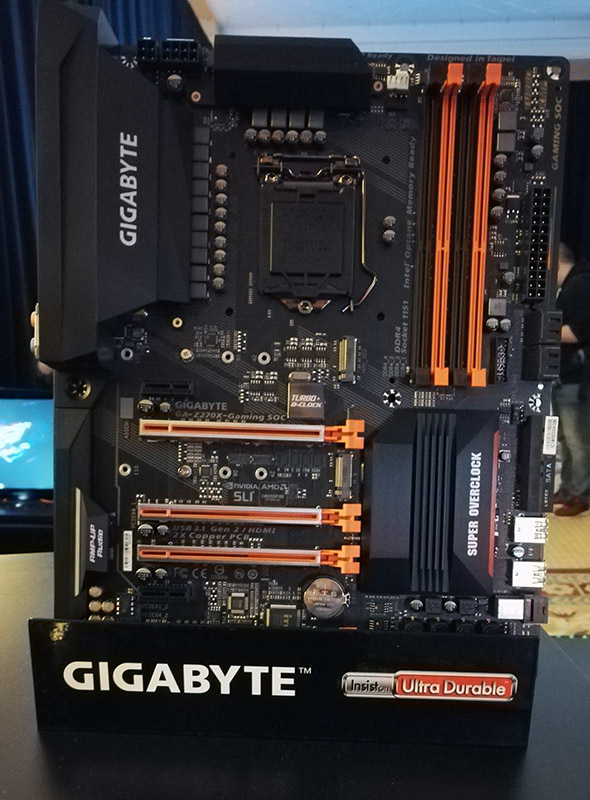 Next up is the Gigabyte Z270X-UD5 which has the same audio hardware, triple NVMe storage support and Turbo B-Clock which opens the BCLK overclocking range. Of course, there’s also Thunderbolt 3, USB 3.1 Type-C, stainless steel plating and six hybrid fan headers. Even though the power circuitry isn’t as extreme, it should be perfectly fine for enthusiasts not interested in LN2 overclocking. 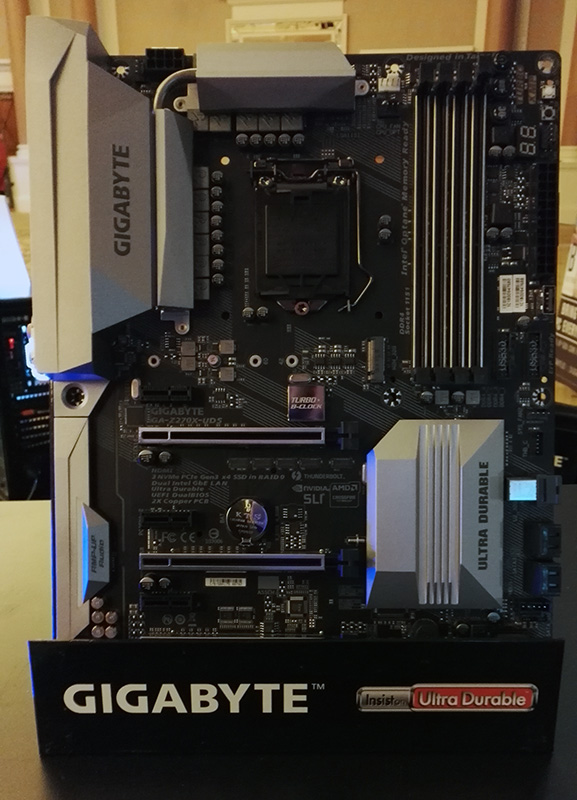 Here we can see the GA-Z270X-DESIGNAIRE which has a gorgeous white PCB and large I/O cover. Essentially, the specification is similar to some of the other motherboards, although there’s no Thunderbolt 3 connectivity. I’m sure the colour will prove popular among system builders and the RGB Fusion in a blue shade should complement the design rather well. 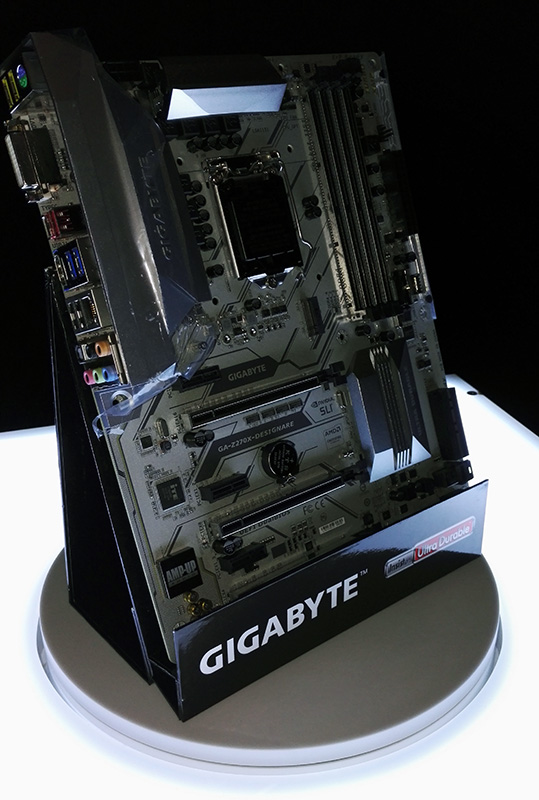 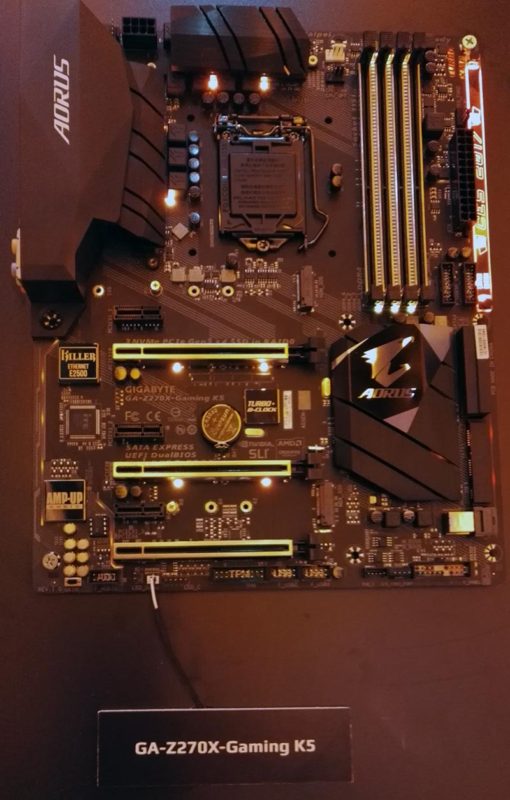 The AORUS GA-Z270X-Gaming 5 is a fantastic motherboard which is crammed packed with storage options, RGB lighting and much more. 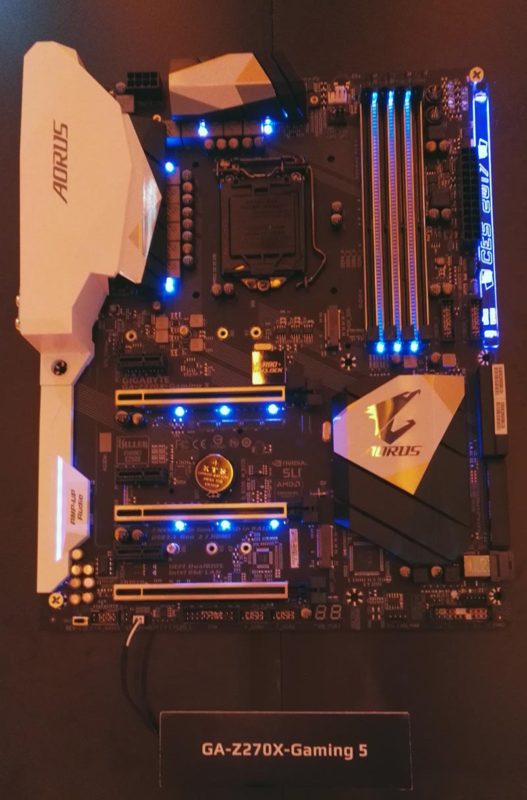 Of course, the GA-X270X-Gaming 7 is a really important addition to the AORUS line-up and impressed a great deal throughout our assessment which you can find here. 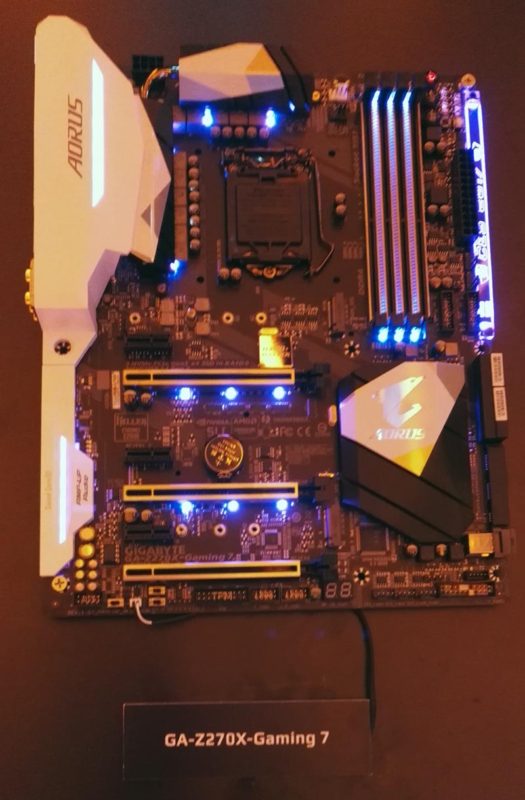 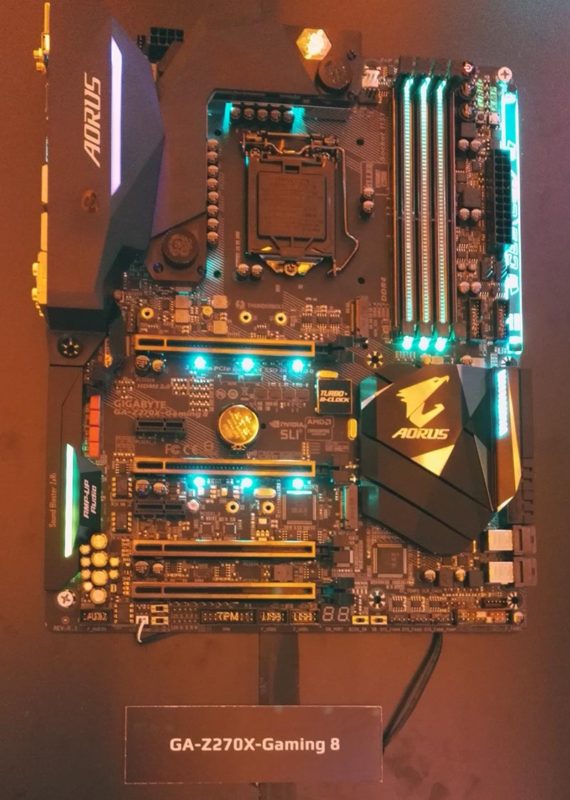 Recently, we analysed the company’s flagship motherboard which has an unbelievably high specification and even boosts the PCI-E lanes to 32 using a PEX8747 chip. As you can see, the motherboard has a 22-phase power design, EK G-Frost water block and supports up to 4-way graphics configurations. 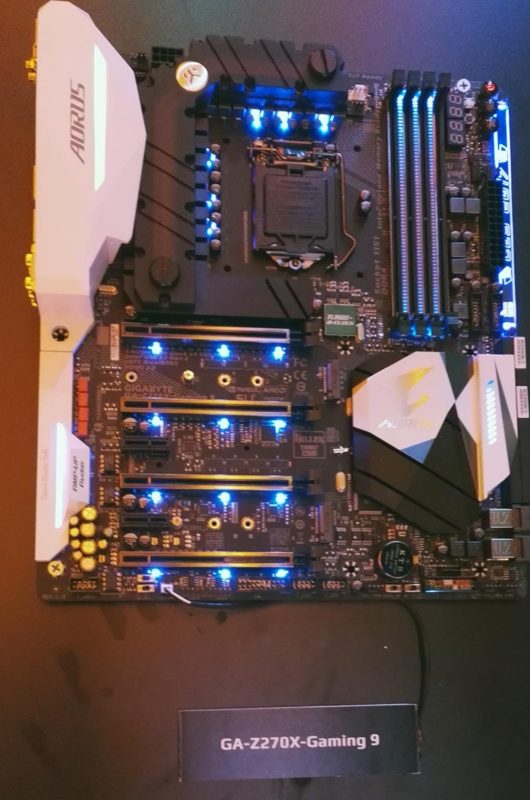 Finally, the Gigabyte GA-Z270-Ultra Gaming is a more affordable Z270 option with RGB lighting, a great audio solution based on the Realtek ALC1220 codec and metal shielding around the DIMM slots and main PCI-E graphics slots. Once again, you can check out our full thoughts in the review here. 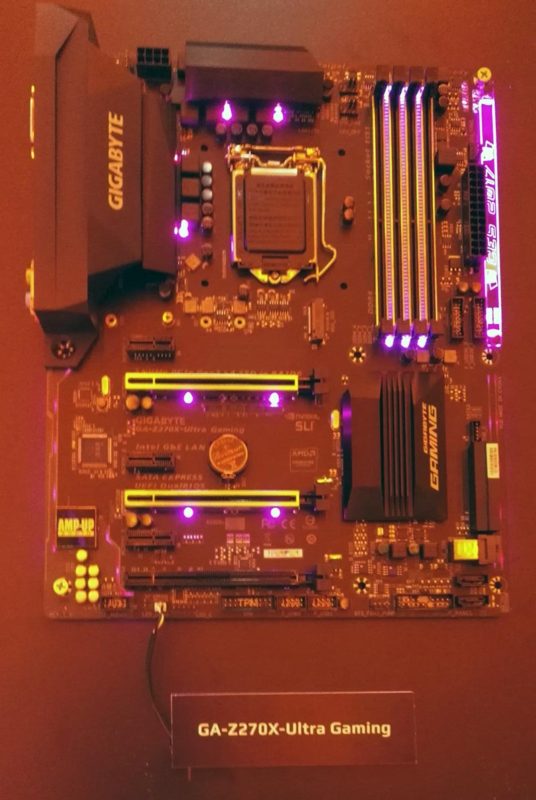 Which motherboard is your favourite from Gigabyte Z270 range?