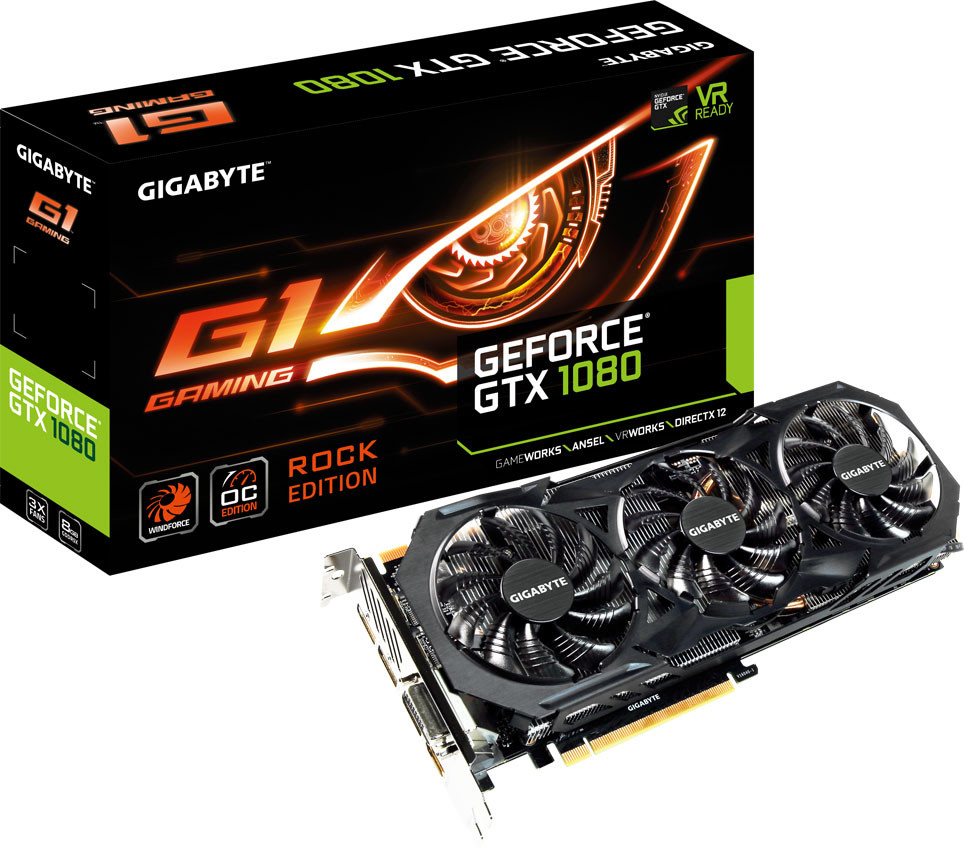 Despite the rumour mill being in full force about the GTX 1080Ti and Vega, it seems companies are still releasing new versions of current Pascal products. Recently, Gigabyte unveiled the GTX 1080 Rock Edition (GV-N1080G1 ROCK-8GD) which employs the WindForce 3X cooling solution from the company’s 900-series designs such as the GTX 980Ti. This is a method of using up the older coolers while targeting a more accessible price point. The GPU has the same PCB as the standard WindForce 3X model and identical 1632MHz core and 1771MHz factory overclock. As you might expect, the 8Gb GDDR5X memory runs at 10,000MHz and can be overclocked even further.

On another note, the Gigabyte GTX 1080 Rock Edition requires a single 8-pin PCI-E connector and houses three DisplayPort 1.4, HDMI 2.0 and dual-link DVI-D. The Windforce 3X cooling hardware is based on three fans and a substantial heat-pipe arrangement. I’m interested to see the thermal differences between this version and the standard WindForce 3X model. 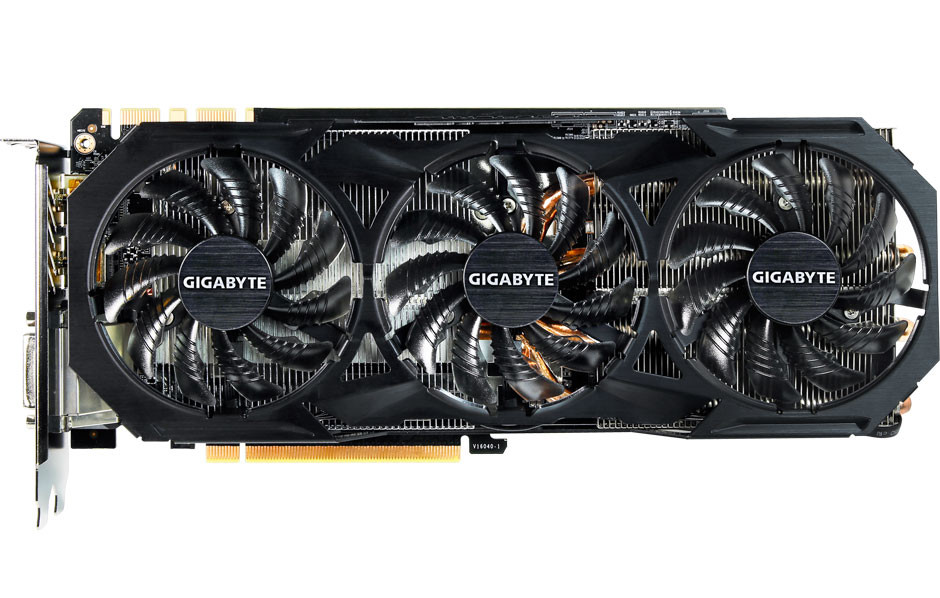 In a similar vein to the G1 Gaming GTX 1080 and Windforce 3X GTX 1080, the graphics card incorporates a hefty backplate to balance the weight and apply less pressure on the PCI-E socket. Unfortunately, no details have been provided regarding the price point but it should be slightly cheaper than the Windforce OC.