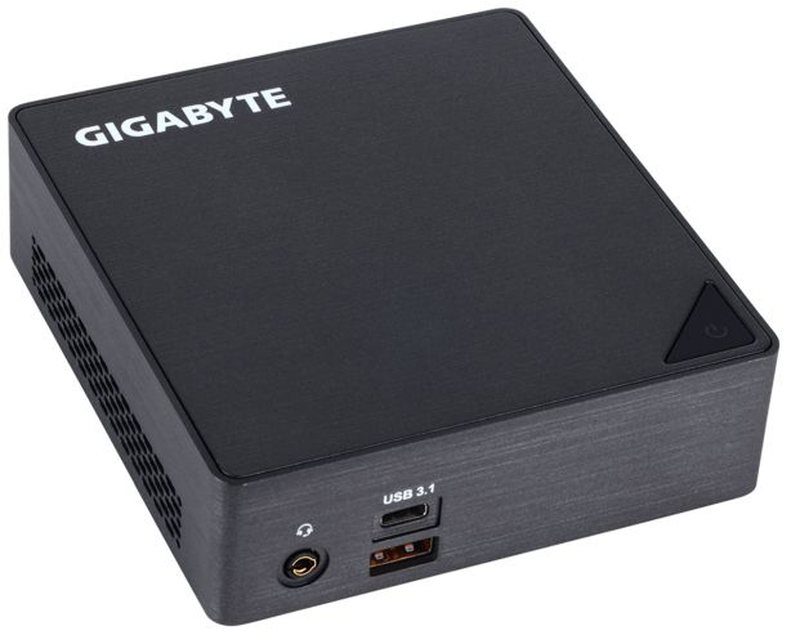 Gigabyte updated their popular series of mini PCs, the BRIX series, with the latest and 7th generation Intel CPUs, codenamed Kaby Lake. While the systems use the low-wattage chips designed for notebooks, they still deliver a pretty good performance and can even handle 4K setups with its 10% higher graphic performance compared to the predecessors.

The new BRIX systems come as barebones with one of three different CPUs: Core i3-7100, Core i5-7200, or a Core i7-7500. Other than that, they’re the same and a support for up to 32GB DDR4 SO-DIMM dual-channel memory. They also feature Intel i219LM Gigabit Ethernet network, USB 3.1 and USB 3.0 ports, and headphones jack. For your monitor needs, they come with both HDMI 2.0 and Mini DisplayPort 1.2. The Intel HD Graphics 620 can provide resolutions up to 3840×2160 at 60Hz while the audio parts are controlled by a Realtek ALC225 codec.

Each of the three barebones comes in two different physical sizes. Both have space for an M.2 2280 PCIe or SATA storage drive and come with PCIe M.2 2230 slot which is occupied by the Wireless and Bluetooth card. The larger model also allows you to add a 2.5-inch drive to the system. The built-in WiFi card is an Intel Dual Band Wireless-AC 3168 one.

As barebone systems, you’ll have to provide memory, storage, and operating system yourself, but everything else is included. That makes it quick and easy to setup while still giving you the choice on vital parts such as memory and storage. The tiny size and relatively good performance behind them, make them optimal office PCs or HTPC.