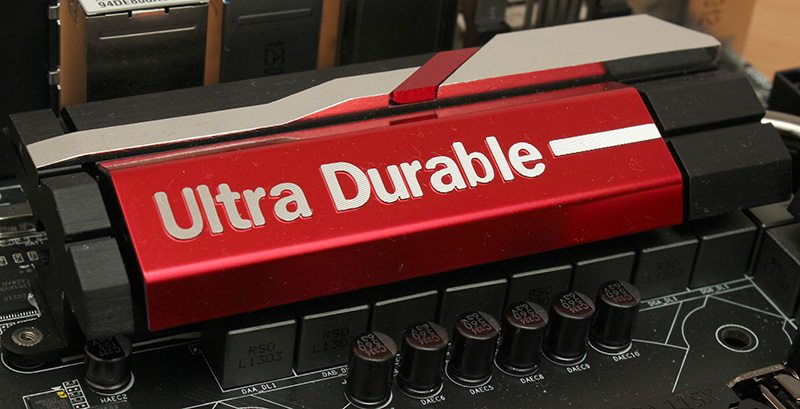 After speaking to Gigabyte recently about the upcoming boards for Haswell and Z87, they kept telling me that the UD4H was a big focus for them, and I can see why, as it incorporates a brand new colour scheme that has never been tried by them before, and as you can see; it’s red and it’s sexy.

The UD4H is a mid-range board that incorporates a lot of key features that you’d expect including SLI/CrossFire, strong power delivery to the CPU socket and much more, but what is a board with strong features, if it doesn’t look the part? This is a question that Gigabyte asked themselves and decided to go with a radical new design and while a lot of consumers will be quick to judge that they’ve copied the Asus ROG or MSI Gaming series boards, we can say from first-hand, it looks nothing like them and is actually quite subtle, in a “slap you round the face” kind of way, and that’s a good thing, as it allows the board to appeal to many different markets.

For those wanting a mid-range board with strong features and great potential, we think that the UD4H could be a real contender, and there is only one way to find out, so follow us as we delve into this review.

As usual, we will be taking a look at the box and any added accessories that come bundled with the UD4H before we take a look at the board and its funky new style from a close-up view. Once this is out of the way, we can focus directly on the performance of the board with our Haswell i7 4770k at the heart of it, and of course we will be seeing how far we can push the system by overclocking, and then testing at those speeds too, so lets get straight into it, shall we?

The box has had a bit of a revamp, much like the rest of the Z87 range from Gigabyte with some bold red colouring, giving us a first glimpse at the new red colour scheme that the boards cooling incorporates. Inside we have a user’s manual, multilingual guide, driver installation CD, casebage sticker and rear I/O panel shield plate. Also bundled in are four SATA cables (2 right-angled) and a singular SLI bridge. 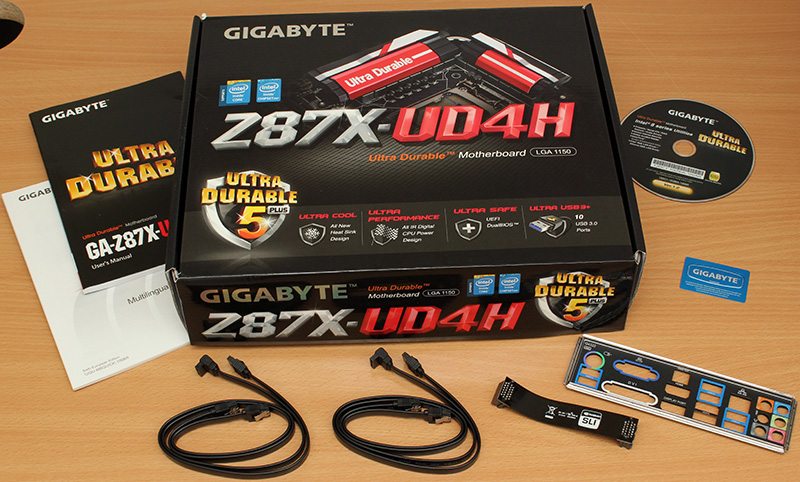