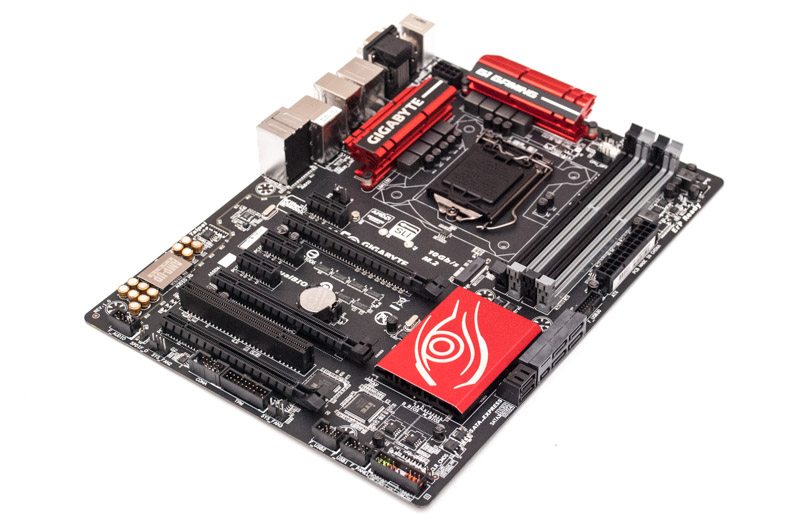 Intel’s Z97 platform feels like it has been here forever; since its official launch in early May 2014 we’ve ploughed through a sizeable 13 Z97 motherboard reviews here at eTeknix. Yet in the grand-scheme of things that 5 months is barely any time at all:the average PC user will tend to abide to a 2-3 year upgrade cycle meaning they’ll sit through about three new Intel platform launches before choosing to upgrade. With that said Z97 is still as relevant to the PC user today as it was 5 months ago even if Z97 has lost some of its “latest & greatest” status with the recent launch of X99. Today we are examining Z97 motherboard number 14 courtesy of Gigabyte: we have their Z97X-Gaming 5 motherboard in for review.

There is nothing particularly exciting or innovative going on with the Gigabyte Z97X Gaming 5 if I’m being totally honest. That isn’t necessarily a bad thing because “if it ain’t broke, don’t fix it” as the old saying goes. We have a very familiar red & black colour scheme which predictably gives this motherboard its “Gaming” denotation. Being a gaming board we also find this motherboard adheres to the usual high quality audio and networking package which makes use of Realtek’s latest and greatest ALC 1150 codec and Qualcomm’s Killer E2201 networking chip. The fact that the Z97X Gaming 5 is based on Intel’s Z97 chipset means we also get all of the new desktop storage interfaces: M.2 and SATA Express, in addition to the tried and trusted SATA III. I won’t pretend you can’t get these specifications anywhere else: ASRock and MSI offer very similar motherboards with virtually identical hardware configurations. The real question is: why should you choose Gigabyte? The simple answer is because of the value for money proposition and the fact Gigabyte do offer some unique features of their own such as their patented dualBIOS and Amp-Up audio package: but we’ll get onto all this later on in the review. 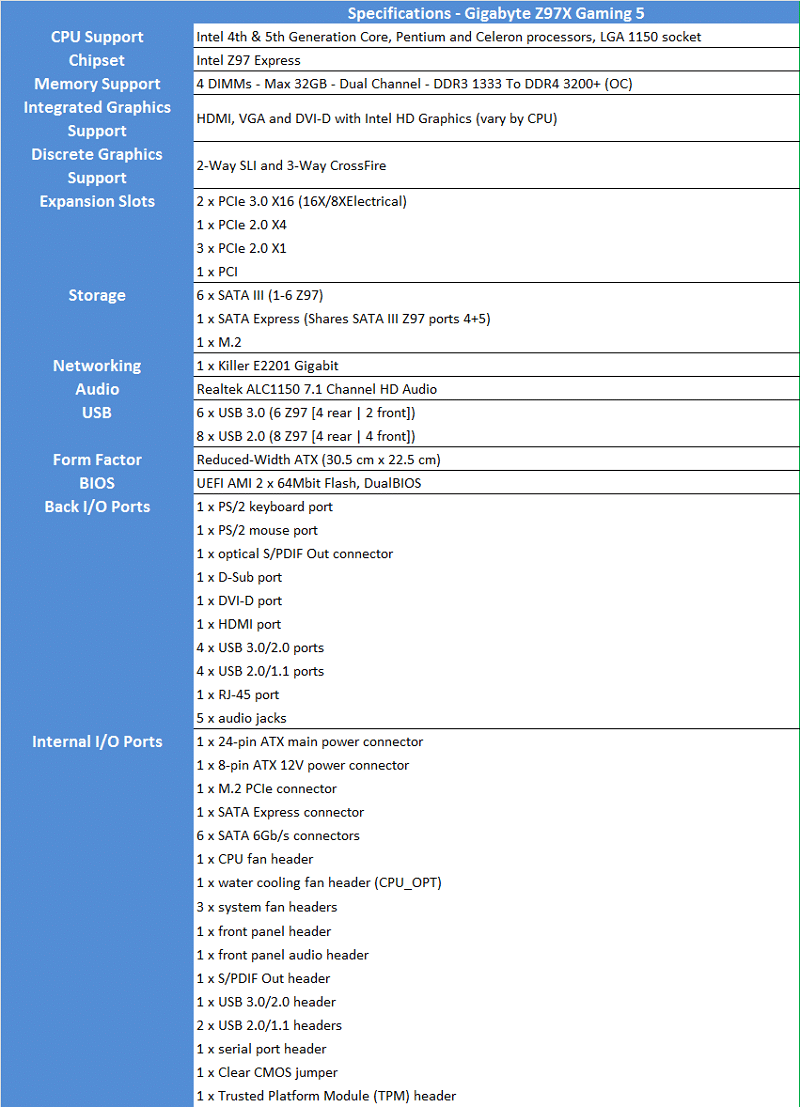 The Gigabyte Z97X Gaming 5 is a budget board in the wider Z97 market, it starts at £105/$145, so we aren’t surprised to see a modest accessory bundle. Included is the usual documentation, a utility DVD, four SATA cables, a case sticker and an I/O shield which didn’t come with our review sample. An I/O shield does come with the standard retail version and is identical to the I/O shield used with the Gigabyte Z97X-Gaming 7 for those who are interested. 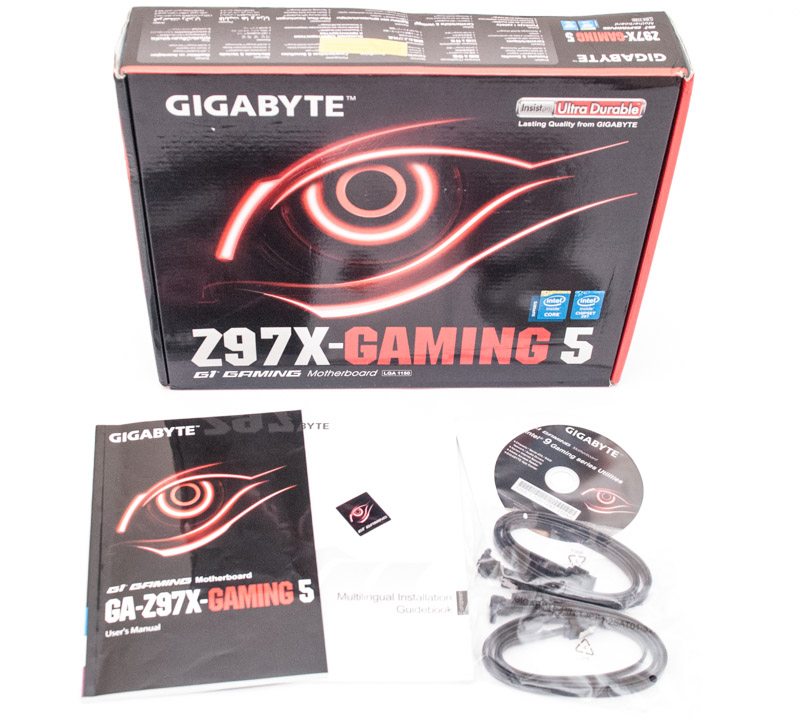