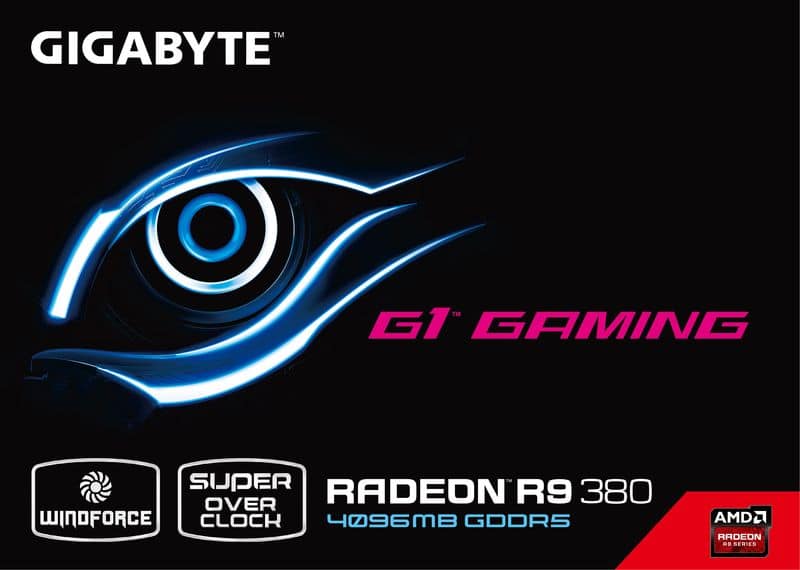 AMD’s launch of the Radeon R9 300 series is eminent, but we don’t know yet whether it will be at Computex or not. AMD does have a press event scheduled, but we’ll have to be a little more patient in that regards.

However, a Russian technology site managed to pick up slides of the upcoming GIGABYTE Radeon R9 380 graphics card. While the card itself isn’t pictured, we still get the important information surrounding it.

The GIGABYTE R9 380 G1 Gaming is equipped with the WindForce dual-fan cooler and comes with 4GB GDDR5 memory. The card also features a black backplate and direct heat pipe touch with the GPU. The cooler features the fan stop principle where the whole thing only is spun up when needed. When one isn’t used to that feature, it can be weird that one can’t hear the fans. GIGABYTE added small LEDs on the top to show you the fan state and ensure you that the card actually is running.

The graphics card also comes with the Super Over Clock label, giving you all the performance that the GPU is able to deliver 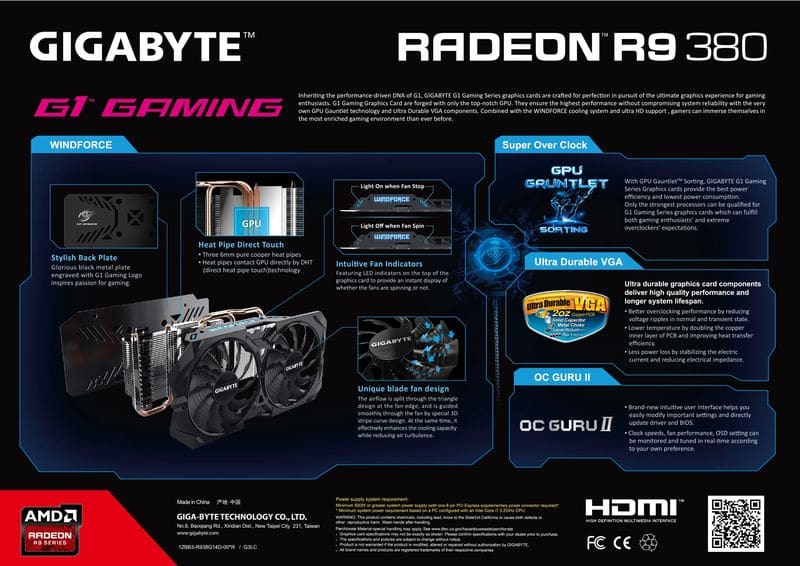 Included in the same leak we got a banner naming the Radeon R9 390 and 390X. While not pictured we know by now that these will be based on the Hawaii GPU while the new Fiji will be named the Radeon Fury instead. They could however still feature HBM memory. I’m sure we’ll know more really soon.