God of War and the PlayStation brand have been the best of friends ever since the game first launched on the PlayStation 2 back in 2005, but 8 years is a long time and since the first God of War title there is certainly time for chance, even more so given that this is now the 6th console release for the series if you could the HD re-releases of the PSP games (which I will, because they were brilliant).

Sony Santa Monica Studio are one of the most talented and capable gaming studios out there and they’ve been instrumental in the crafting of the God of War series, which is in my opinion the finest hack and slash series to date and given the series has seen sales in the millions, I think many would agree with me on that one. 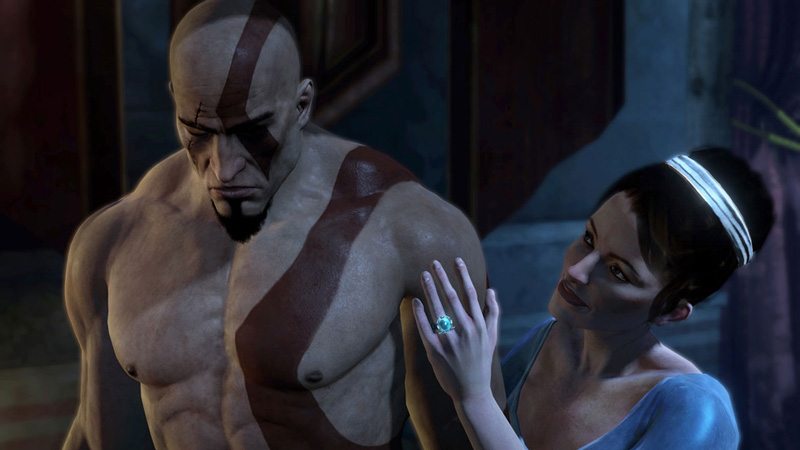 One thing that must be made clear is that Ascension is essentially a prequel to the original God of War series, depicting a time before the Titans and many of the Olympian Gods, right back to when the Primordials were forging the Earth, but after war broke out the Furies, guardians who punish those deemed guilty arrived and punished Aegaeon for breaking a blood oath to Zeus, turning his giant body into the Prison of the Damned as punishment. It’s all a bit complicated really, but it essentially boils down to the servants of the gods breaking their oath and the gods getting extremely angry. Naturally Kratos is one of these oath breakers and finds himself punished for breaking his oath to Ares. The game essentially takes place over the three weeks prior to your capture and anything after that isn’t worth spoiling of course and while the previous title (GOWIII) saw you exploding all kinds of magical environment surrounding Sparta, the bulk of Ascension takes place in and around the giant statue of Apollo, with a few surrounding areas thrown in for good measure including an epic battle at sea. 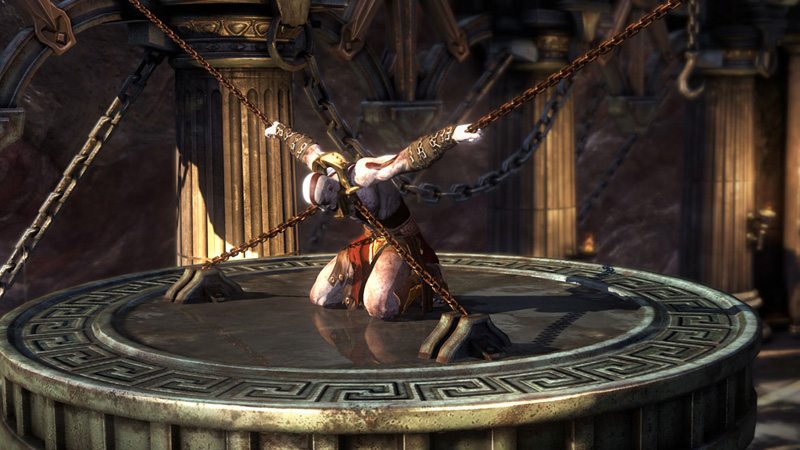 Sony Santa Monica have shown their true ability once again and as with every other God of War title, the levels and set pieces are true masterpieces of both style, design and function. The world around you is one giant challenge and it can be a couple of hours before you find yourself back where you started, able to open another door, take another path and unravel the labyrinth of challenges that you find yourself with. Each area of the game seems to hold a bigger challenge than the last, both im a physical and mental capacity. While from the out side the GoW series can seem like a dumb hack a slash adventure, that is so far from the truth and the developers are the masters of cryptic puzzles that see you using a set of abilities and some head scratching to navigate, a trend that seems lost in most other modern gaming titles which favour never ending tool tips and quest markers to hold your hand, you’ll find non of that nonsense here. 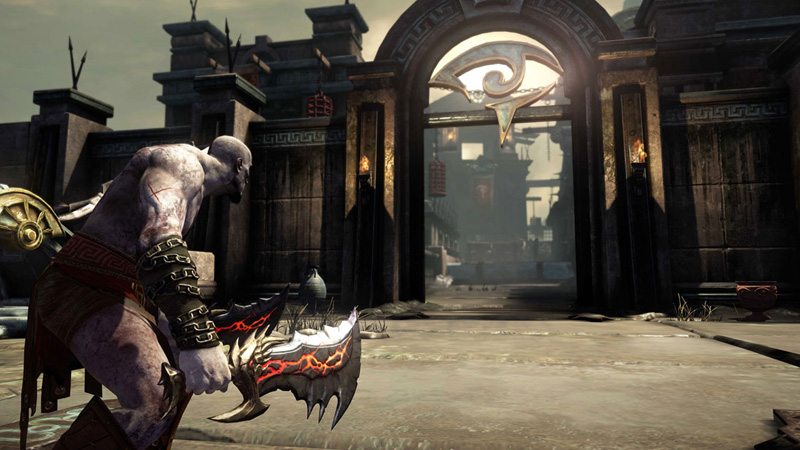 Combat is less “grand” than before also and while there are still epic battles to be had, this game has been made in true prequel style, Kratos simply isn’t an all powerful god and he hasn’t gained a million new powers “in the past” much like other gaming series have (I’m looking at you Halo). There are four magical elements that are basically fire, lightning, ice and evil, but these take a while to unlock and each unlocks progressively. There is a couple of power items and weapon pick ups, but they only last so long and 99% of the time you’ll be relying on your stock weapon for this game, but that is no bad thing. Controls are as tight as ever and the controls have been refined nicely, yet manage to take non of the challenge out of combat that fans of the series will be familiar with. Quicktime events in battle have been cut down to a minimum too and now a finishing move involved you getting up close and personal with your enemy, able to lay the blows and evades yourself to finish them off, a much better system that “press X to kill”. 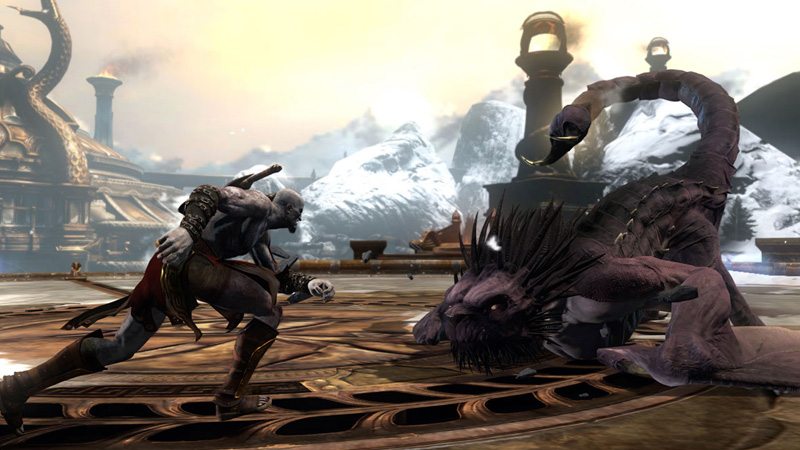 The game is a graphical and musical force of nature, at least for a PlayStation game it is anyway and with the exception of Uncharted developer Naughty Dog, there are few others that have such a solid grasp of the PS3 hardware and once again it seems they’ve managed to push the limits of the hardware to new heights. Graphics are on par with GoW III, but with big changes and improvements in the lighting and environments that really bring the world to life. 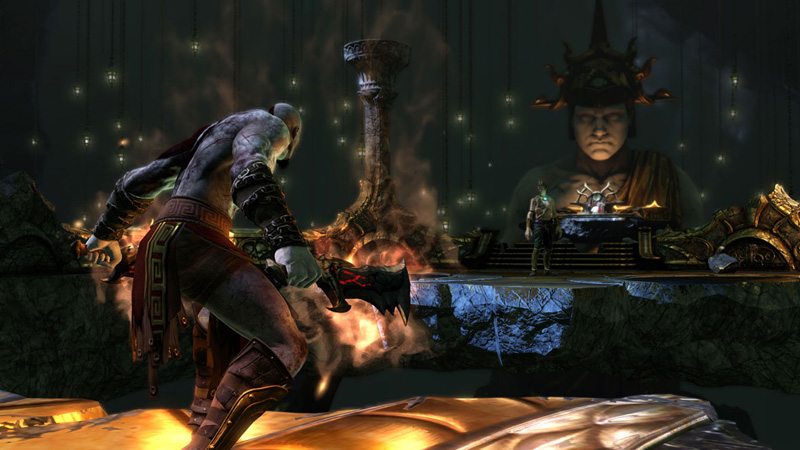 So how does it compare to other God of War games in the series? Well, if I’m honest, its the worst one so far! Yet it’s still one of the best gaming experiences on the market and it leaves me with a difficult to quantify contradiction. I loved this game, it offers a lot of challenges, some great puzzles, grand boss fights, power progression and a story that fits in nicely with the series time line. Not forgetting some nice refinements to the combat system, improved graphics and a stunning musical score, so why is it the worst in the series? 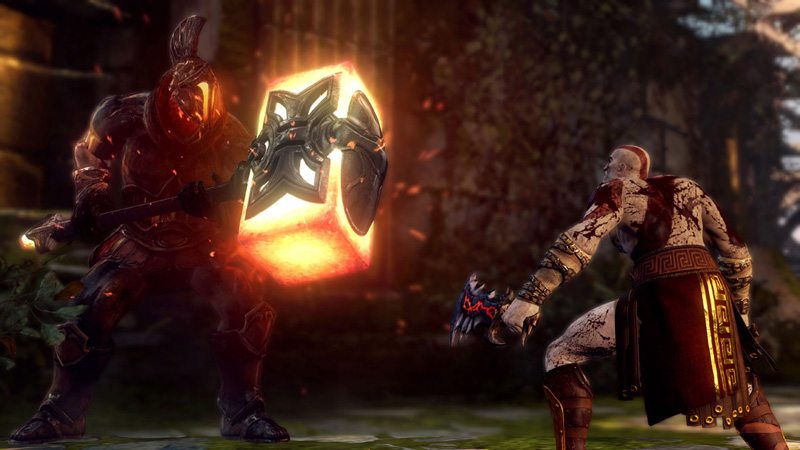 Out of God of War, God of War II, God of War III and Ascension, I still think GoW III was the best, in terms of story and battle moment you just can’t compare with the Titans vs the Olympians… ever, there just isn’t anything that could top that. God of War II had one of the best opening sequences of any video game ever and GoW (original) will always have a special place in my heart because its the title that started it all. 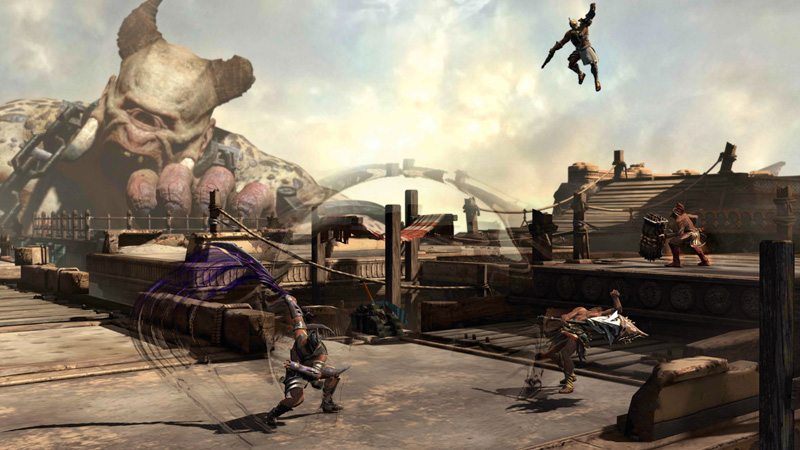 There is little new on offer here and while it doesn’t out do GoW III, this is still a mighty new entry to the series and fans of the series simply can’t pass this one up, it’s like missing the first film out of a trilogy, or the first chapter of a novel. It’s an important part of the series and it has plenty of great moments of its own. that make it more than worthy of our Gamers Choice Award, just don’t try to compare it to GoW III because they are the opposite ends of a gods lifetime.