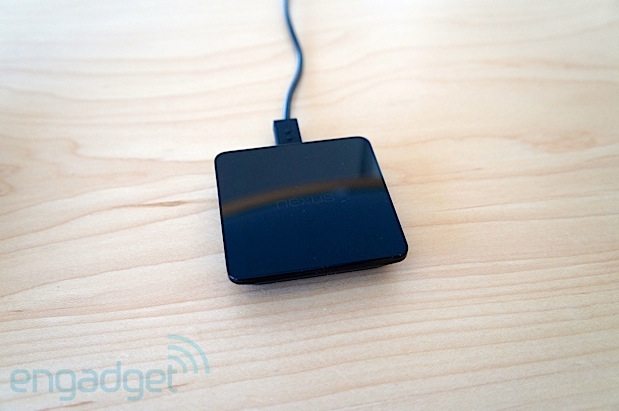 Google announced a new charging pad which is supposed to go on sale in the Play Store today. I was previously seen with the Nexus 4 and Nexus 10 last year, but it appears to have been delayed up until now.

The new Google Nexus wireless charging pad features a redesigned look and feel that better matches the aesthetic of the Nexus 5. The pad is an upside-down trapezoid, a square that’s wider on top, with a glossy black finish that looks like it might be slippery for devices without magnets in them. Compare it to the Nexus 4’s wireless charger, which resembles a hockey puck with sticky rubber on top.