One of the biggest criticisms of social media in the last couple of years is the role they play in politics. Specifically, whether they (by intention or accident) apply any influence over the outcome or popular opinion. It is something that practically every platform has tried to avoid, at least in perception. Why? Well, when a company starts expressing or promoting an opinion or ideology, they can be subject to libel laws. At the moment, by not officially doing this, they can allow anything on that platform claiming to merely be the method of delivery.

Twitter user Keemstar, however, has recently highlighted something rather concerning on YouTube. Specifically, that a Bernie Sanders video, entitled ‘Trump Is Shutting Down The Government’ was not allowing downvotes. It has led many to accuse Google of deliberately exercising political influence via their YouTube arm.

As you can see in the image below, despite 2.3k likes at the time, the video had not received a single registered thumbs down. While YouTube has acknowledged the error (and reportedly corrected it) the most viewing of the video shows something as equally bizarre. 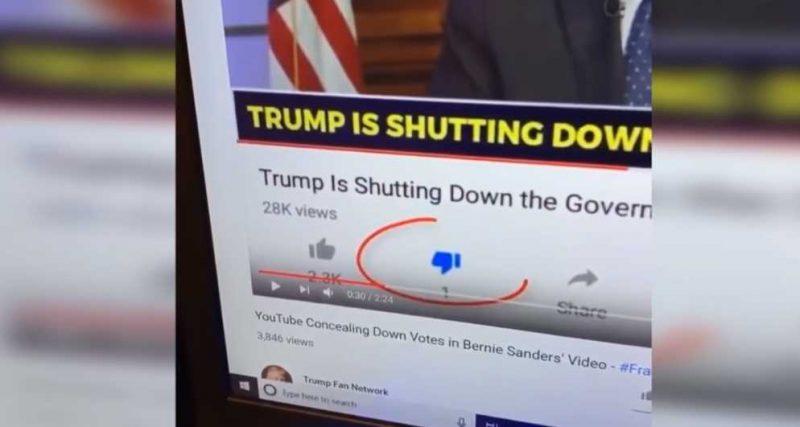 At the time of writing the video now has exactly 10k upvotes and 10k downvotes. A rather unusually even number. While Bernie Sanders (a noted left-wing politician) may divide opinion, we doubt he splits it this neatly! 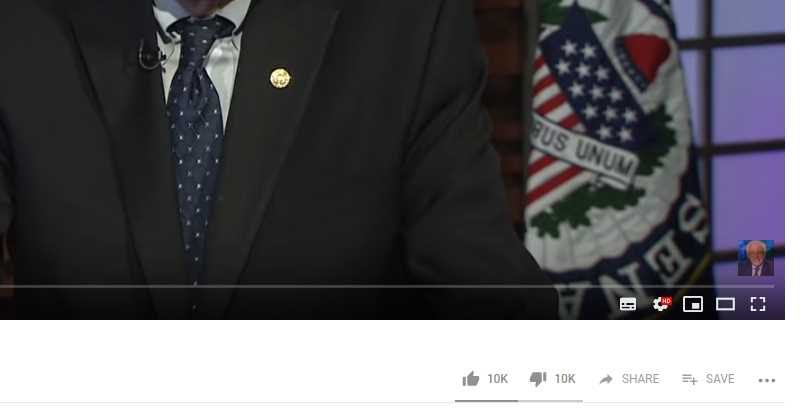 What Has Google Said?

Google has claimed that this was a simple error on YouTube which has now been corrected. In fairness, while we agree that this probably was an error, it still potentially exists that it was not. In other words, did YouTube deliberately block the downvote feature to ensure that this video was ‘boosted’ in the algorithm?