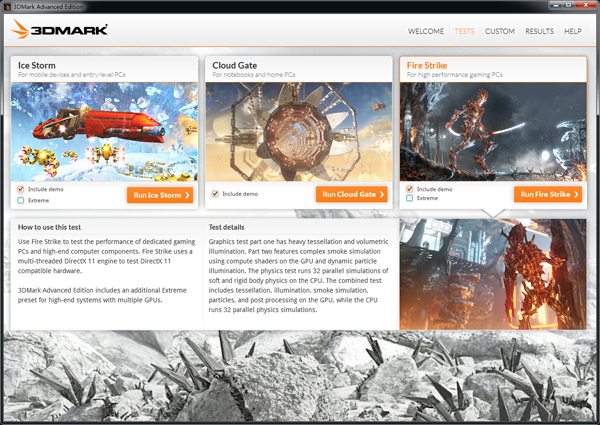 The Steam Summer Sale, or any steam sale for that matter, is mostly known for the games. That is pretty much a given, but it is not the only thing you can pick up for a bargain. There is also quite a bit of software on Steam, most of it for game developing and benchmarking.

We use both apps for our reviews here at eTeknix, and we like them. 3DMark Advanced Edition is known for its Fire Strike benchmarks that can bring even the most advanced rig to its knees. It works with DirectX 11 and DirectX 12 as well as Mantle. It also has the Ice Storm Extreme test for tablets and much more.

Where 3DMark focuses its power on the graphical aspect, PCMark 8 Advanced Edition focuses on work performance. You can use it to run different benchmarks, measure battery life on your tablet or notebook, test the speed of your SSD or HDD with real world performance tests as well as in-depth hardware monitoring.