GTA Player Hires Cheater to Save Him From Another Cheater 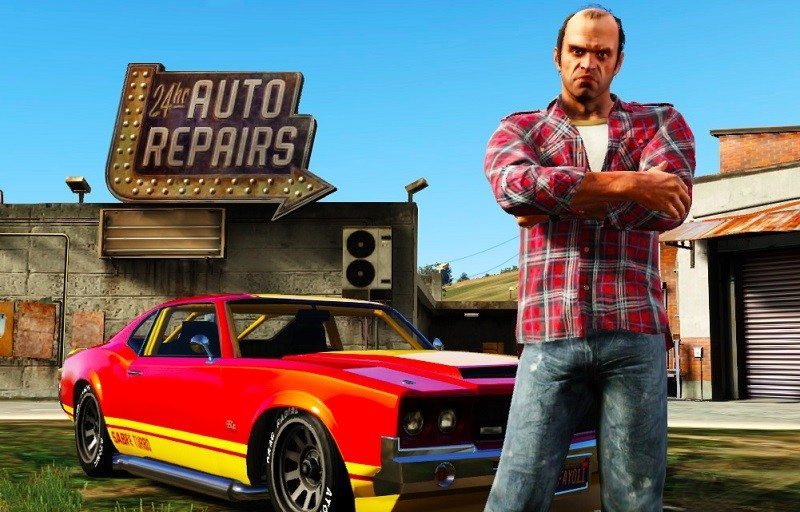 Rev Drucifer loves Grand Theft Auto V Online. It’s the only game he plays, clocking up about 80 days, real time, of time on it. It is his life. But there is one obstacle tainting his adoration, something that pushed him into taking drastic measures: cheaters.

“I wanted to start a new character/account that specifically focused on killing and keeping a high [kill/death ratio],” Drucifer told Kotaku. “I’m in a car with this guy and money bags start raining down. I realise my account is filling up FAST, so I jump out of the car… money is shooting out of my character’s arse. I’m yelling on the mic for him to stop, [but] he’s not stopping then all of a sudden [he] starts killing everyone in the lobby over and over.”

The player responsible had hacked the game in order to launch a malicious money honeytrap. Not only does such a bizarre event tempt players into picking up the spawning money, it tricks some into picking up too much, something that flags them to Rockstar Game’s automated monitoring system as a cheater, resulting in a ban. The fact the money was spewing from Drucifer’s character looked incredibly suspicious; despite him not being responsible for the event, he was kicked out of the game’s lobby.

“Normally, you’ll get a warning when other players start voting to kick you, but there was no warning, I was just OUT,” Drucifer said. “When I hit X to continue, it brought me to a Bad Sport lobby and I had $102,000,000 in my account. I had maybe a couple hundred thousand previously.”

After explaining the events to a Rockstar employee over the phone, in an effort to get his “bad sport” ranking abolished, Drucifer received the following e-mail in response:

You are receiving this automatic reply because you recently submitted a ticket to Rockstar Games Support with the term “Bad Sport” found in the text. If your tickets is not related to Bad Sports or you believe you are receiving this message in error, please feel free to respond and we will address your question.

We are sorry to hear that you are having a problem related to the Bad Sport pool in Grand Theft Auto Online. The Bad Sport pool is triggered by things like quitting games early, blowing up other people’s vehicles, and being reported manually or voted out by other players from the in-game pause menu.

The Bad Sport pool is temporary and ends after a certain period of time that is displayed when entering GTA Online. Please note that the duration of the Bad Sport period may increase if further violations occur while in the Bad Sport pool, including being reported by other players.

Drucifer was alone, and quite angry. He decided to take matters into his own hands. He sought out the most ethical modder he could find and offered them money to fix the situation for him. “I shot him a message telling him the situation,” Drucifer said. “He said he’d give it a try but didn’t promise anything. Fifteen minutes later, I was out of Bad Sport.”

Aptly Mafia-esque, it seems the community really does take care of itself.