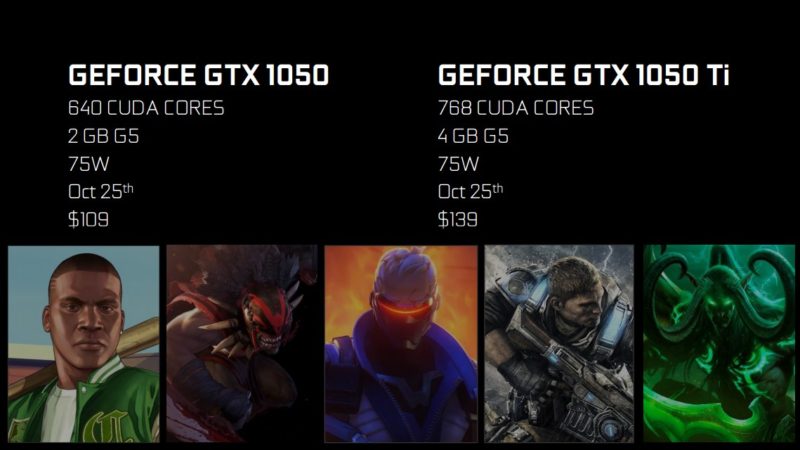 NVIDIA has just unveiled the GTX 1050 and GTX 1050Ti which is based on the Pascal architecture. As you might expect, both of these are intended for budget builds and consumers wanting to enjoy PC gaming without investing a large sum of money. Of course, the low-end GPUs haven’t always offered good value and paled in comparison to mid-range offerings. Even though the benchmarks for both the GTX 1050 and GTX 1050Ti are yet to be revealed, NVIDIA has provided information about their price point and specifications. The GTX 1050 features 640 CUDA cores, has 2GB of GDDR5 memory and operates at a 75W TDP. The slightly higher-end model, the GTX 1050Ti has 768 CUDA cores, 4GB of GDDR5 memory and the same 75W TDP.

Interestingly, the GTX 1050 will have a recommended price point of $109 while the GTX 1050Ti costs $139. Please note, these prices will depend on the specific model from AIB partners because there’s not going to be any Founders Editions. Also, retailers could change the entry cost based on demand and other factors. Overall, it seems like an enticing price point which is designed to compete with the RX 460. Whether or not, the GTX 1050 is significantly faster than the GTX 950 and GTX 960 remains to be seen. 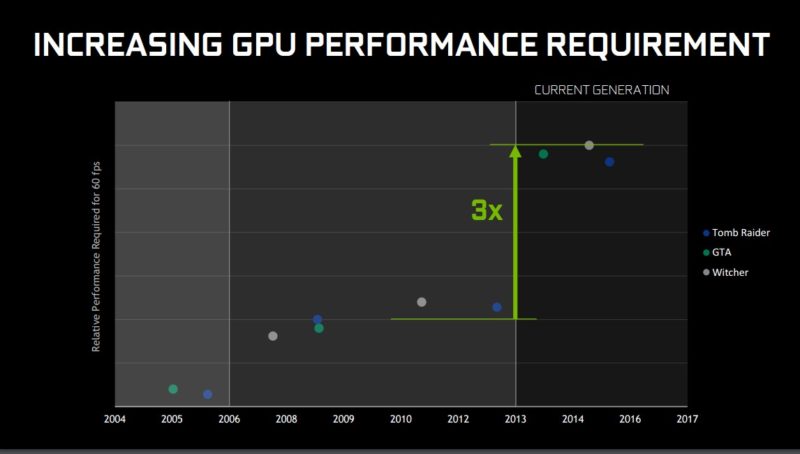 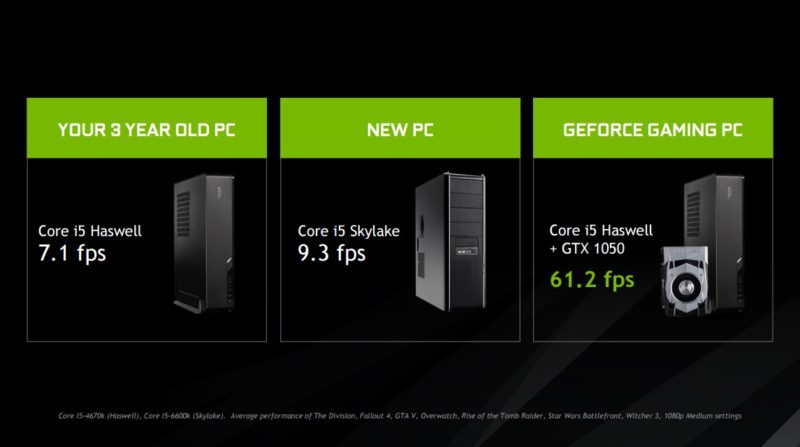