When it comes to new hardware and software, we all expect a few problems. With the announcement of the GTX 1080 comes the first reports of such problems with owners reporting that they are experiencing “fan revving” on their new graphics cards.

One user, CyraX_85, reported on the GeForce forums that every time they place a game like Overwatch the fan “rapidly rises to 2800 rpm and then rapidly falls back down to normal rpm”. With his original card being a 1080 FE from Zotac, and a replacement 1080 coming from Gigabyte only to suffer the same problem. Fellow forum goer, coldfinger, experienced the same problem, getting the issue with Vally Benchmark, The Division, Doom, GTA V and Elite dangerous, posting the below image on the forum.

Another user decided to test the fan issue in WOW, noting that his fan speed went from 2000 to 3000 with the fan speed slowly increasing over time still boosting to 3000 RPM on a regular basis. 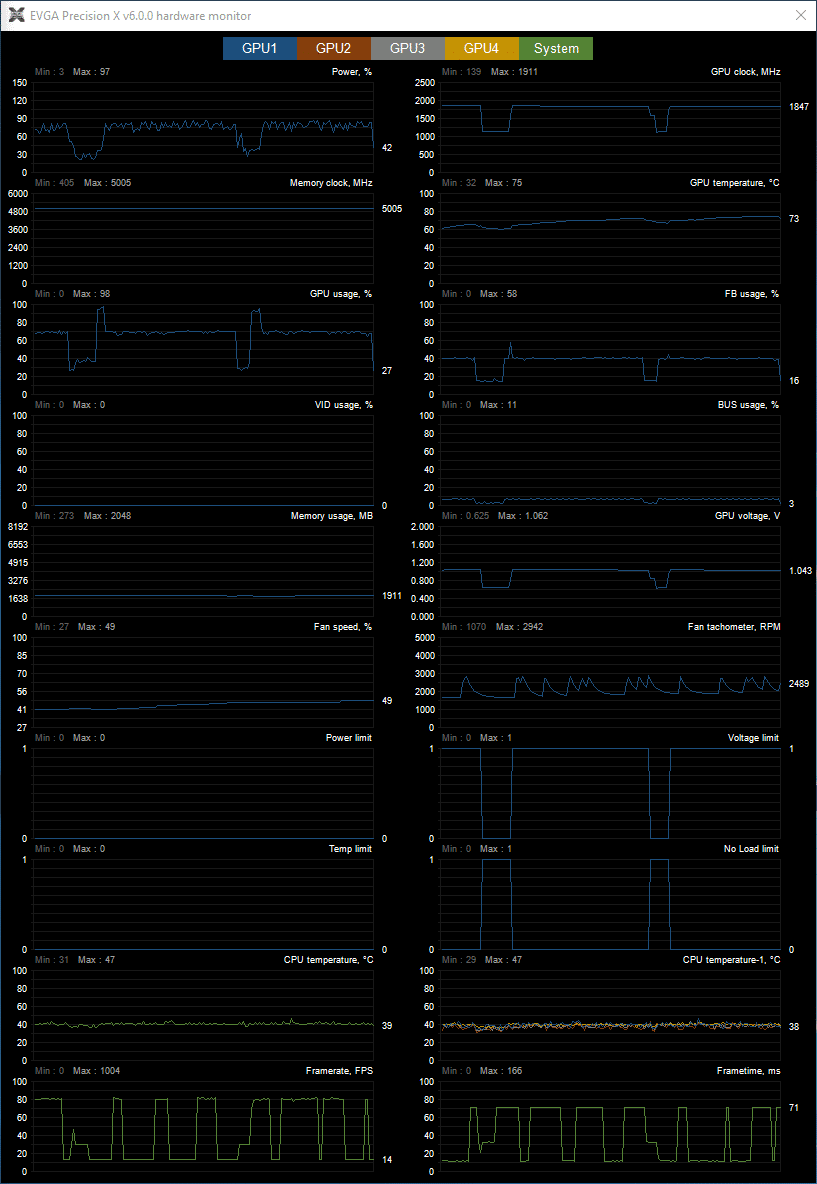 With the problem reported on various types of the 1080 card, many users are hopeful that a BIOS update within the next month will resolve the apparently random fan revving issue that the foundation models seem to be having.

Do you have a GTX 1080? Did you notice your fan revving up or are you only noticing it now?