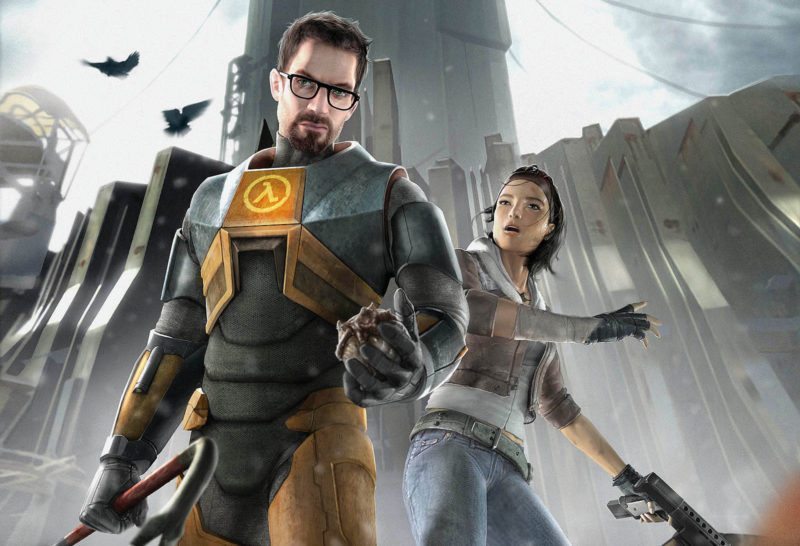 In October 2003, the source code for a game five years in the making leaked online. The game was Valve’s lauded FPS Half-Life 2, and the person responsible for the leak was a German man called Axel Gembe. Seven months later, Gembe was arrested in his hometown of Schönau im Schwarzwald. Now, after thirteen years, Gembe has spoken out about how he hacked Valve’s servers, leaked the game, and how sorry he now feels for hurting a company that he loves.

Gembe was interviewed by author Simon Parkin for Death by Video Game, his book about “Danger, pleasure, and obsession on the virtual frontline,” an excerpt of which has been posted by Ars Technica. So, how did a lone German hacker gain access to one of the servers of the biggest game developers in the world?

“I got into hacking by being infected myself,” Gembe told Parkin. “It was a program that pretended to be a Warcraft 3 key generator and I was stupid enough to run it. It was an sdbot, a popular general-purpose malware at the time.”

Rather than beat himself up for installing the malware, he instead reverse-engineered it to understand how it worked. This led Gembe to the malware’s creator, who became an unlikely tutor in the art of virtual infiltration.

“At the time I couldn’t afford to buy games,” Gembe said. “So I coded my own malware to steal CD keys in order to unlock the titles I wanted to play. It grew quickly to one of the most prominent malwares at the time, mostly because I started writing exploits for some unpatched vulnerabilities in Windows.”

The original Half-Life was Gembe’s favourite game, and he was excited as anyone to find out more information about the in-development sequel. What better way than to go straight to the source? He did, hacking into Valve’s network.

“I wasn’t really expecting to get anywhere,” Gembe admitted. “But the first entry was easy. In fact, it happened by accident.”

The German managed to find a way in through after finding an accessible web server sub-domain. “I was able to crack the passwords in no time,” he said. “Once I had done that… well, basically I had the keys to the kingdom.”

“Getting the source code was easy, but the game didn’t run on my computer,” he continued. “I made some code changes to get it to run in a basic form, but it wasn’t fun. Also, I only had the main development ‘trunk’ of the game. They had so many development branches that I couldn’t even begin to check them all out.”

Gembe couldn’t keep it to himself. While he did not make the Half-Life 2 source code publicly available himself, he admits that he did pass it on to the person who did.

“I didn’t think it through,” he lamented. “There was, of course, an element of bragging going on. But the person I shared the source with assured me he would keep it to himself. He didn’t.”

Feeling guilty, Gembe contacted Valve founder Gabe Newell, taking responsibility for the hack. He also made it clear to Newell that he dreamt of working in the games industry, asking if he could get a job at Valve.

“I was sorry for what happened,” Gembe told Parkin. “I wanted them to know who did this thing, and that my intention was never for things to work out the way they did.”

Newell agreed to speak to Gembe regarding a job; a calculated sting operation to trick the German hacker into confessing on-the-record, which he fell for.

“I was very naive back then,” Gembe said. “It was and still is my dream to work for a game-development company, so I just asked. I hoped that they could forgive what I had done, mostly because it wasn’t intentional.”

Soon after, Gembe was arrested by German police. After admitting to hacking Valve’s servers, but being found not responsible for the Half-Life 2 source code leaking publicly, was sentenced to two years’ probation.

“I was naive and did things that I should never have,” Gembe said. “There were so many better uses of my time. I regret having caused Valve Software trouble and financial loss. I regret all the illegal things I did at that time… and I regret not doing anything worthwhile with my life before I got busted. If I had the chance to speak to Gabe Newell today I would say this, ‘I am so very sorry for what I did to you. You are my favourite developer, and I will always buy your games.'”