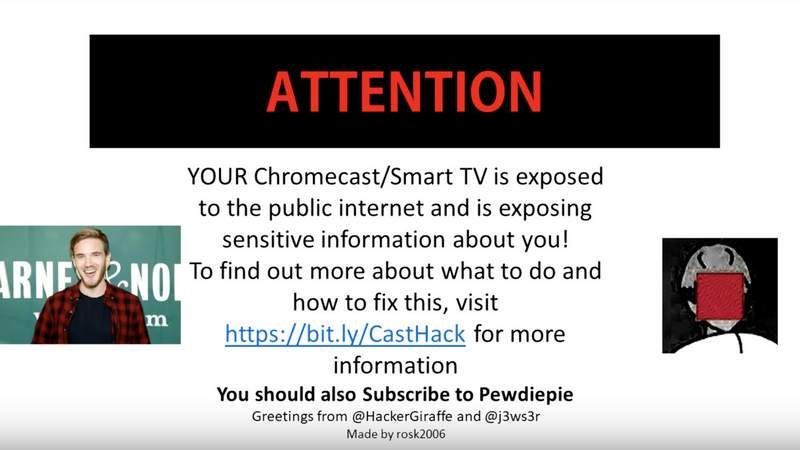 Swedish video-game vlogger PewDiePie got an unlikely help with his subscription campaign recently when hackers took over Chromecast devices to promote his channel.

PewDiePie is currently in a subscription-count war with T-series, an Indian music video channel. Both are vying for the most amount of subscribers on YouTube.

The security attack began Wednesday morning and took advantage of badly configured routers. They then found the Chromecast streaming devices exposed to the public internet.

According to the hackers, they were able to successfully play the video across 16,000 devices so far. Although technically not a “hack” of Chromecast devices per-se, since it requires a router with poor security and lax UPnP implementation.

How Can Users Prevent This Attack?

Google Chromecast streaming devices, Google Home smart speakers as well as smart TVs are vulnerable. The hackers claim that they are raising awareness about the security and vulnerability of Google’s devices as well.

They also make the limitations of this vulnerability clear, and that it cannot access other devices on the network or sniff information. That is besides WiFi points and Bluetooth devices.

For more information, visit the hacker’s CastHack website with a live counter of the devices they have reached so far.