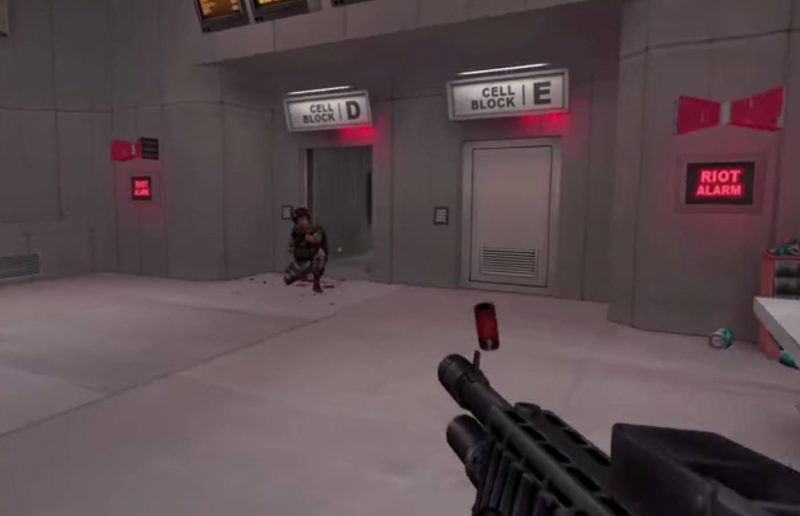 With its continued love from the PC modding scene, Half-Life just keeps on getting cooler. Now an ex-Valve employee is putting his skills to the test, with the upcoming release of his own mod. The new mod focuses on a prison-escape scenario for the original Half-Life.

Having previously worked on titles like Team Fortress 2 and Portal 2, he’s certainly one of the more experienced content creators on the modding scene. His new C.A.G.E.D mod for the original Half-Life adds a whole load of new content. You can expect a new campaign, dev commentary, unlockable secrets, and more.

“a prison escape like no other […] featuring explosive action and a soundtrack from outrun music legend Lazerhawk. Half-Life: C.A.G.E.D. is a return to the golden age of First Person Shooters.” said Cayle.

The new mod is already on Steam, and it doesn’t look like Valve has any problems with it, as it’s not been pulled, yet. However, if it’s all above board, then you can expect to play it from the 21st of September 2017. Just remember, you’ll need a copy of Half-Life to run it, but I think almost everyone has that lurking in their Steam library these days.