Hayao Miyasaki is one of the best-known names in the animation industry. As the founder of Studio Ghibli, he is well-known for creating some of the most-loved animation features in recent years including My Neighbour Totoro and Spirited Away. Following his retirement in 2014 though, he has seemingly been enjoying it.

Following the release of a new trailer though, it seems he may have still been working after all. This time, however, he’s trying his hand at computer animation.

One of Studio Ghibli’s most impressive features was the fact that they rarely used computers for their work. The usual process involved hand-drawn images that were then, frame-by-frame, uploaded to a computer system. While later films employed it a little for colouring or special effects, The Tale Of Princess Kaguya is a masterpiece of hand drawn art.

Incidentally, the software that Ghibli used is now open-source and you can check it out in the link here!

The trailer above shows a clip from an upcoming documentary in which the now 75-year-old Hayao Miyasaki tries using computer animation for the first time. He clearly finds the transition difficult, but it is, if nothing else, amazing to see that despite his age, he is willing to explore new animation styles and techniques.

Never-Ending Man: Hayao Miyazaki will be released as a documentary this Winter. Personally, I can’t wait to check this out!

What do you think? Which is your favourite Ghibli film? – Let us know in the comments! 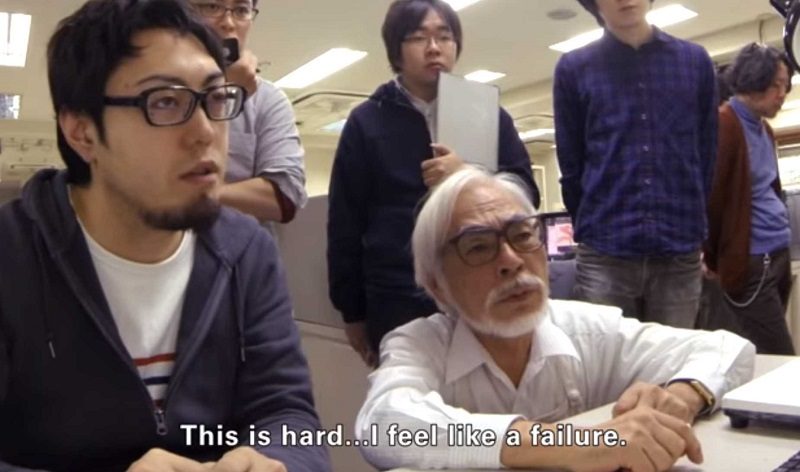