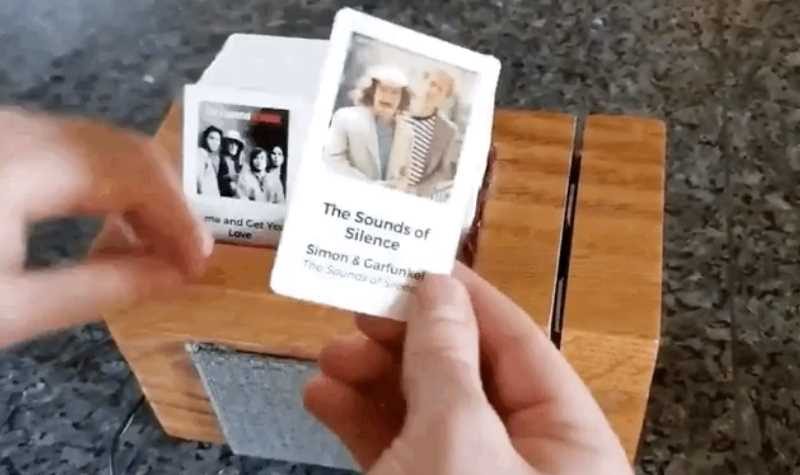 So, Christmas is finally over and the good news is that (aside from any birthdays) you probably have at least 11 months for your wallet to recover from spending money you don’t have, for people you don’t like, getting them stuff they don’t want. Yes, perhaps a bit of an unfair assessment on the whole, but you get the idea.

One person, however, had a bit of a problem on their hands. The family mandate was that any gifts had to be handmade. Fortunately, though, this person just happened to be a designer. As such, the result is a product I daresay many people would love to receive. Specifically, a jukebox designed to operate by swipe cards.

Initially, having seen the brief video the creator (Chris Patty) posted on Twitter, I was immediately reminded of products such as the Barcode Battler. If you don’t remember these, then don’t worry. They’re a piece of technology that largely didn’t catch on. This is, however, clearly a more sophisticated 21st-century version. A version, however, designed to play some of the biggest musical hits ever made. I’m already interested!

This year my family decided that each of our presents had to be handmade, so this is what I made for my dad. pic.twitter.com/Nc5aIIWVt3

Despite the apparent complexity of the design, it is actually remarkably straightforward. Combining a Raspberry Pi with an SD card preloaded with the songs, all Chris Patty had to do was ensure that the ‘swiping’ of a card correctly linked to the song chosen. Admittedly, this latter part is probably a lot more complicated.

If he does, however, want to send me one next Christmas, I’ll be very grateful indeed!