How To Hack Drones With The Dronebuster 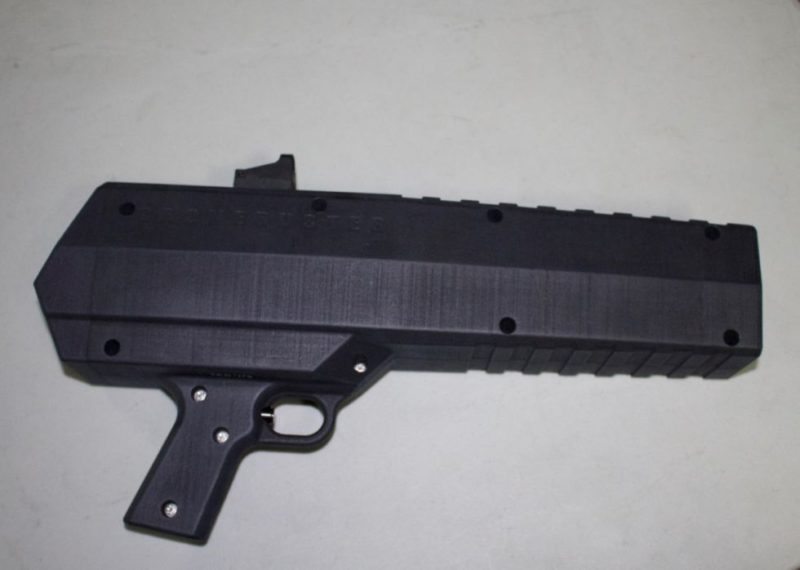 When it comes to drones, there’s only one thing people want more than a drone, and that is a way to stop other peoples drones. After a close scare in the UK, governments around the world are still worrying about the day where a drone flies where it shouldn’t, such as in an airport where a single drone collision could injury hundreds. One piece of technology that looks to bring about a change in how we handle bad drones is the Dronebuster, something that makes use of the drones own technology against themselves.

While everyone from law enforcement agencies to private security companies looking at ways to stop drones, one of the systems that got some attention at the Sea Air Space show was the Dronebuster. Designed by Flex Force, Jake Sullivan, the chief technology officer, showed off the anti-drone pistol, Dronebuster.

With some federal government customers already taking possession of the device, using everything from an optical sight or signal analyzer, the Dronebuster works by exploiting a set of commands built into drones such as the “fly home” or “land” commands that often come built into a drone’s system. Forcing them to return home could help identify a drone owner while landing them offers a safe and easy way to collect the offending device, taking away hundreds of pounds worth of technology from those who want to misuse technology for a personal gain.

Awaiting FCC approval, the Dronebuster could soon become something you can buy over the shelf with everyday agencies and private customers grabbing one in the near future.