HP ‘The Machine’ Supercomputer Is 8000x Faster Than a PC 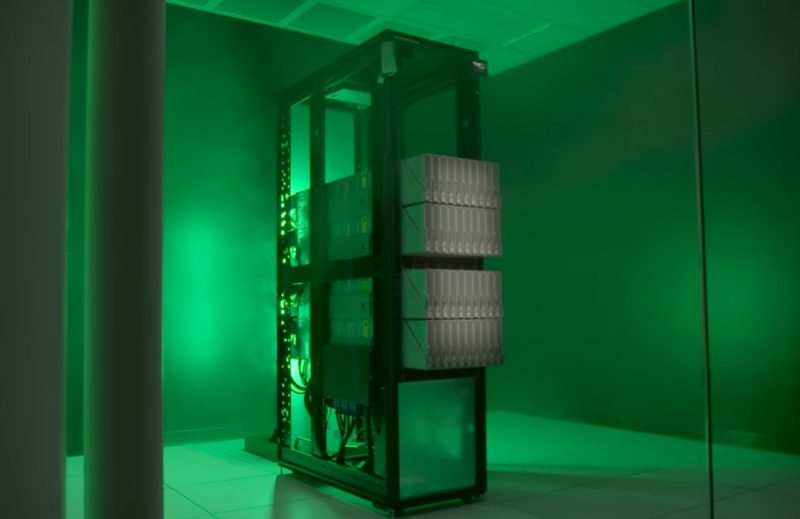 HP revealed their new prototype “the Machine” this week, in what they’re calling the world’s first demonstration of memory-driven computing! While this isn’t anything new, the system was revealed back in 2014, it’s only now that they’re finally getting something physical to show the world. The system offloads dependence on the processor and moves the calculation processing to the memory. HP Enterprise says that their simulations show memory-driven computing can improve speeds by up to 8000x compared to conventional systems.

While still a prototype, and still heavily in development, the kind of figures HP are quoting cannot be taken lightly. Even if it is years before we see any market ready product, the advancements this kind of technology could bring to high-end servers are huge. For companies like YouTube, Amazon and more, who rely on huge servers, having a system that’s faster and more efficient is always welcome

The Machine gets its massive speed boosts using photonics, using light rather than electrons to pass communications from the CPU to a massive memory pool. This means there’s virtually no lag between the two and allows for multiple processors to use the same pool of memory simultaneously.

With the current prototype rocking 8 terabytes of memory and plans to make them with hundreds of terabytes of memory, memristors (resistors that retain data when powered down), and more, we’re certainly excited to see what they can do. They’re aiming for a 2018-19 release window, but we’ll have to wait and see.

How is Hewlett Packard Enterprise reinventing the fundamental architecture on which all computers have been built for the past 60 years? Watch this video to see the evolution of The Machine research project – one of the largest and most complex research projects in the company’s history – and how HPE demonstrated the world’s first Memory-Driven Computing architecture.