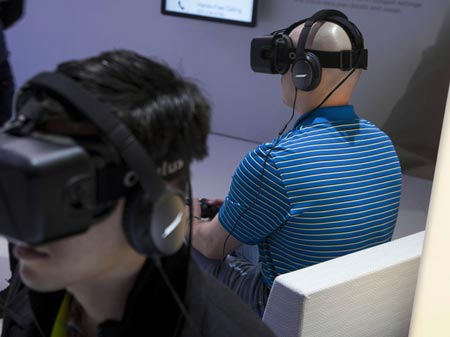 Taiwanese smartphone manufacturer HTC is to launch its first virtual reality headset this March, according to Chinese newspaper Commercial Times.

VR headsets are certainly en vogue. Prompted by the impressive Oculus Rift, we’ve since seen the Samsung Gear VR, Google Cardboard, and Microsoft HoloLens. Like those, HTC’s offering will be a head-mounted display.

HTC announced a move into smart home and IoT (Internet of Things) technology at CES2015 back in January, and the VR headset will be the first product from the company’s new Connected Entertainment project, guided by co-founder and CEO Peter Chou.