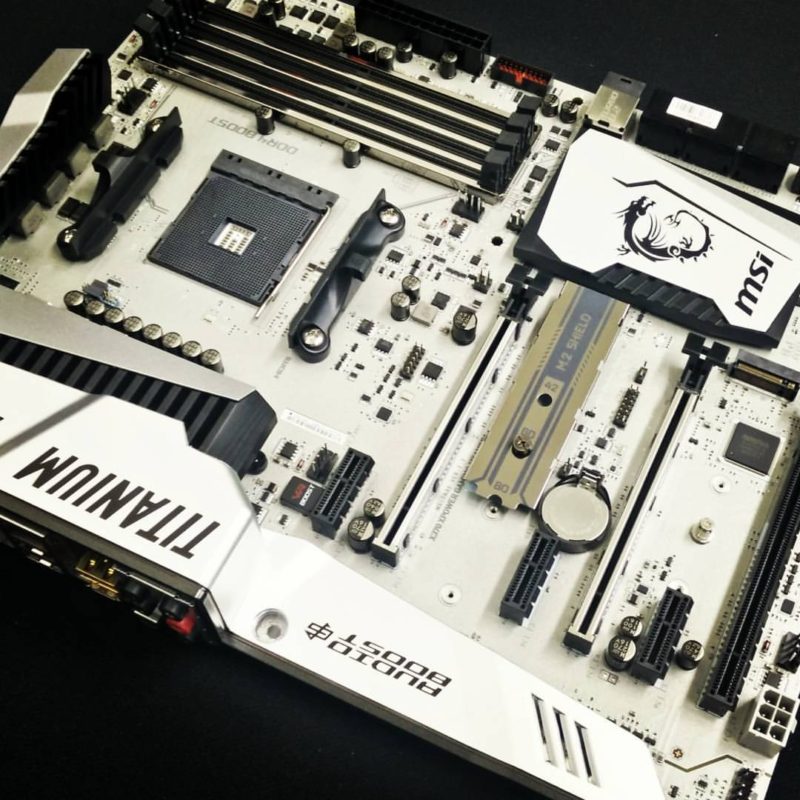 As AMD’s Ryzen launch approaches, we’re starting to see more and more details and leaks in that regard and today it’s no different. The latest item in this regard is the above-pictured MSI AM4 motherboard which HWBot showed on their Facebook page this morning.

Pictured is the MSI X370 XPOWER GAMING TITANIUM motherboard which we have heard of before, but not seen. The motherboard follows quite a few of the trends that MSI has set with their previous motherboards such as the black and white colour scheme that has become quite popular. The image also reveals some of the features, although not all of them. The two main PCI-Express x16 slots come with extra shielding to strengthen the slots – a useful feature for those heavy graphics cards. There’s a third x16 slot without shielding for your audio cards, network cards, or other smaller add-in cards as well as three PCIe x1 slots.

One of the PCIe M.2 slots features a shield for protection and additional cooling of those small and fast modules and the four DDR4 memory slots also got a metal shielding. Most other features are hidden due to the angle of the photo and the shrouds placed on it, but we can still spot a few things more such as the 6-pin power connector at the bottom of the motherboard, six SATA3 ports at the rear, and what looks like a U.2 connector next to them.

Overall, a beautifully designed board that wets the appetite for more AMD AM4 goodies. I for one can’t wait for the full release on March 2nd and get my own system built. I have decided on which CPU I want already, but not which motherboard. I’ll have to see all before I make up my mind in that regard. MSI’s X370 XPOWER GAMING TITANIUM looks like a worthy board though.