If you are one of them who can’t get enough memory in their system, then you are in luck as HyperX added new high-capacity kits to both their HyperX Savage and HyperX Predator DDR4 memory series. The modules look sweet and bring impressive speeds, capacities, and timings for both X99 and Intel 100 series chipset users.

The Kingston HyperX Savage DDR4 memory is now available as a 2666MHz 128GB kit containing eight modules with a massive 16GB of RAM each. This new kit joins a family of the previously announced Savage DDR4 memory from 2133MHz to 3000MHz in various single modules and kits ranging from 4GB to 64GB capacities. While these new modules don’t get all the way to 3000MHz, they’re still very impressive with their 2666MHz and 15-16-16 timings.

Both of HyperX’s memory series will be a great choice whether you using one of Intel’s new 100 series chipsets or the little older X99 chipsets. How much memory are you planning in your next build and what will it be used for? Let us know in the comments.

You can see a full list of available kits below. 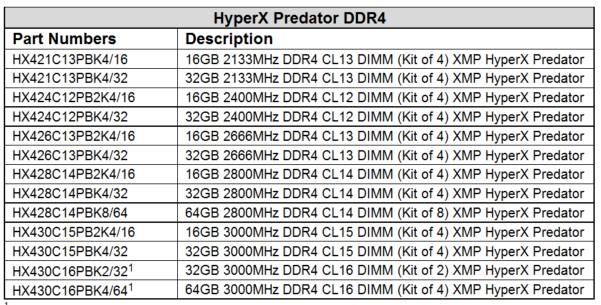 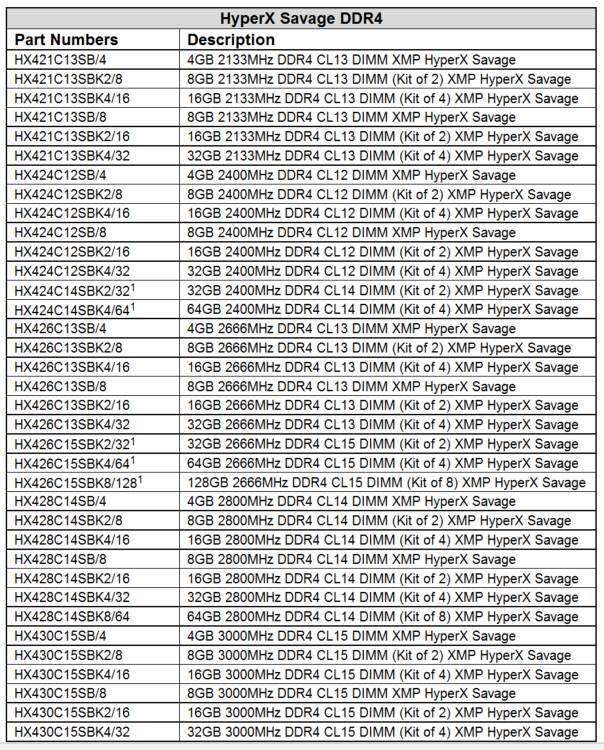