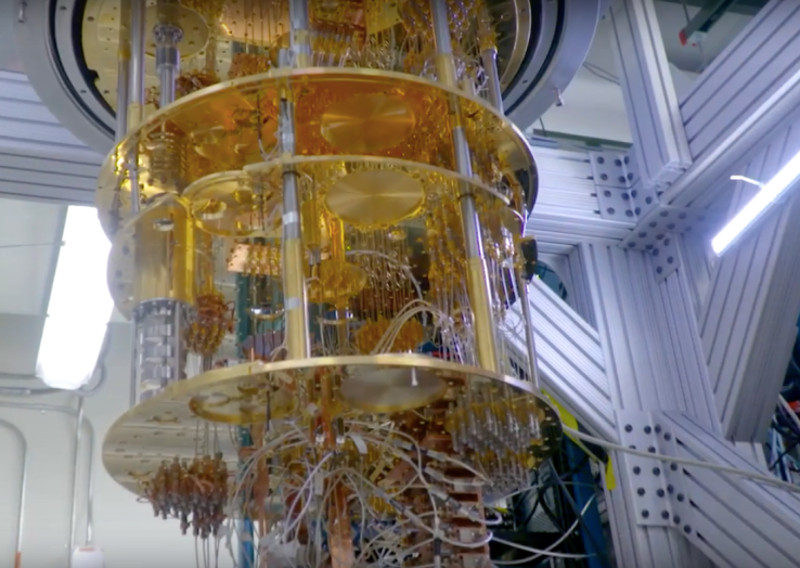 Quantum computing sounds like something of a distant future, and in a way it is. But that doesn’t change the fact that IBM already has one running and it is even open to the public. Yesterday, IBM announced that it was updating their Quantum Experience cloud with a new API that will allow researchers and other interested parties to build more sophisticated applications with this experimental computing system.

The 5 qubit computer located in the NY state labs was made public last year in the form of a cloud service. The hope of this was to allow interested parties to use a working quantum computing model and thereby advance the technology further than the preliminary state that it is in now. Despite the limitation of the original API, IBM’s Jerry Chow said that it’s been working very well. Over 40 thousand users have signed up and generated over 200 thousand executions on the system’s processors. It has even resulted in 15 externally generated research papers.

Despite the coolness of this, the options were limited. Users have longed to do more advanced functions with the system and that’s just what they can do now with the new API.

Having an API, like the new one, will help programmers who want to write scripts in their programming language of choice to deliver batches of experiments, rather than using the simple interactive language that IBM released last May. According to IBM, it also gives users the ability to build connections between IBM’s cloud-based quantum computer and more traditional computers without the need for an extensive background in quantum physics.

“The API allows programmers to test more theories and lay the groundwork to scale up these larger systems. What we really want to do is work with the community to figure out what quantum computing looks like in the future when we have a larger number of qubits,” Chow explained.

The company also announced that it’s offering a computer simulator for what a 20 qubit quantum computer could look like. They also have plans to release a Software Development Kit (SDK) for researchers to begin building simple quantum applications for this system.