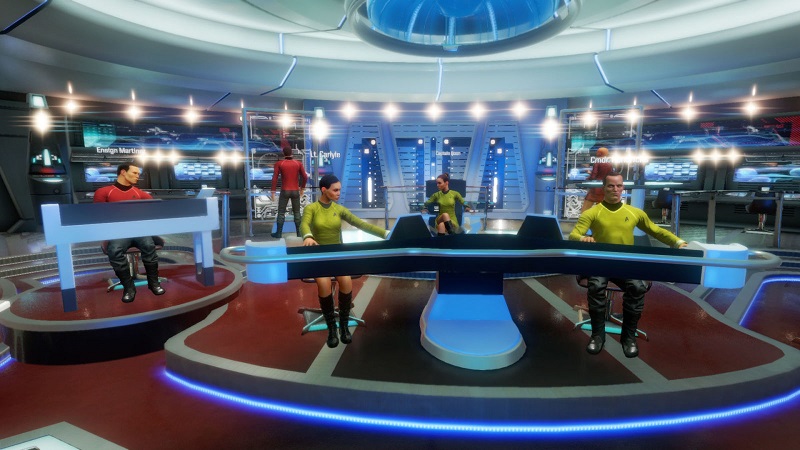 Ubisoft’s much-anticipated Star Trek VR game is getting voice commands, thanks to IBM.Star Trek: Bridge Crew will utilise IBM’s VR Speech Sandbox, which combines the Watson Speech to Text service with Unity. In the game, Speech Sandbox uses Watson’s language processing capabilities. This allows would-be captains to bark commands at a bridge crew. Yes, you will be able to tell your helm officer: “Warp one – engage!”

“IBM’s new “VR Speech Sandbox,” the software used to build this feature, is now available for all developers to adapt for their own virtual reality (VR) applications and services. The Sandbox combines IBM’s Watson Unity SDK with two services, Watson Speech to Text and Watson Conversation. Developers now have the opportunity to build new and innovative user interfaces, leveraging the power of voice interaction in virtual reality.”

“We have been eager to find the right way to use interactive speech to tap into the more immersive and interactive experiences that VR offers,” David Votypka, Sr. Creative Director at Red Storm Entertainment, a Ubisoft Studio, says. “Watson gives Captains in Star Trek: Bridge Crew the ability to issue commands to non-player crew members in the same way they do with a human crew; by using their voice. IBM provides an easy to integrate solution, that is o it’s light on code and performance while letting us remain fast on feature turnaround.”

Ubisoft admits the voice recognition system will not be available at launch but will get a beta release during Summer.

Star Trek: Bridge Crew is out on PS4 (PlayStation VR) and PC, Oculus Rift and HTC Vive. It will be available on the 30th of May.