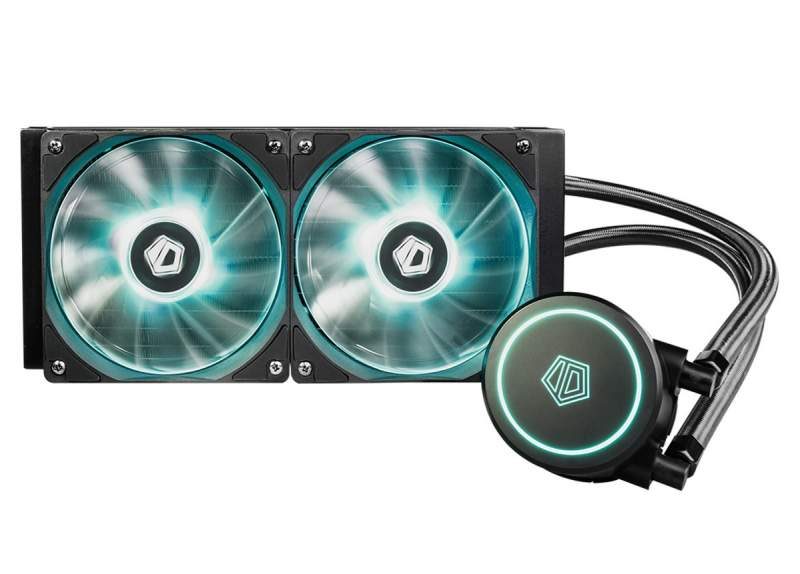 ID-COOLING is announcing a new all-in-one liquid CPU cooler they are calling the AURAFLOW X 240. The 240 part refers to the fact that it uses a 240mm radiator with a pair of 120mm fans. However, these are not just any fans but fans with RGB LED lighting. RGB LED lighting emanates from the center hub lighting up the transluscent fan blades when in operation. Meanwhile, the ID-COOLING logo at the center of the pump block unit also lights up. 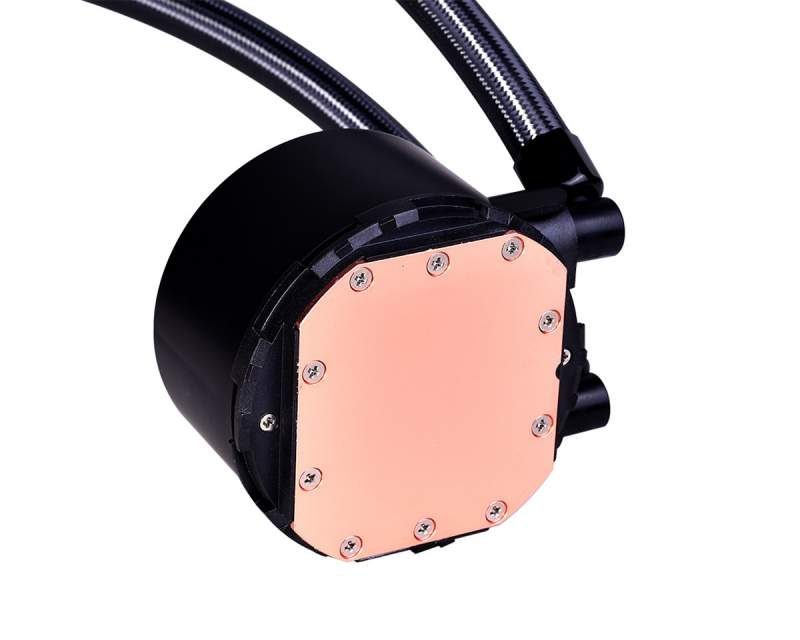 This pump block has a 106L/H flow rate and has pre-sleeved tubing. The result is a cleaner and more professional looking build than the typical exposed rubber. Since it is a self-contained unit, there are no maintenance or refilling necessary. With the exception of dusting the fans off the radiator and fans once in a while of course. 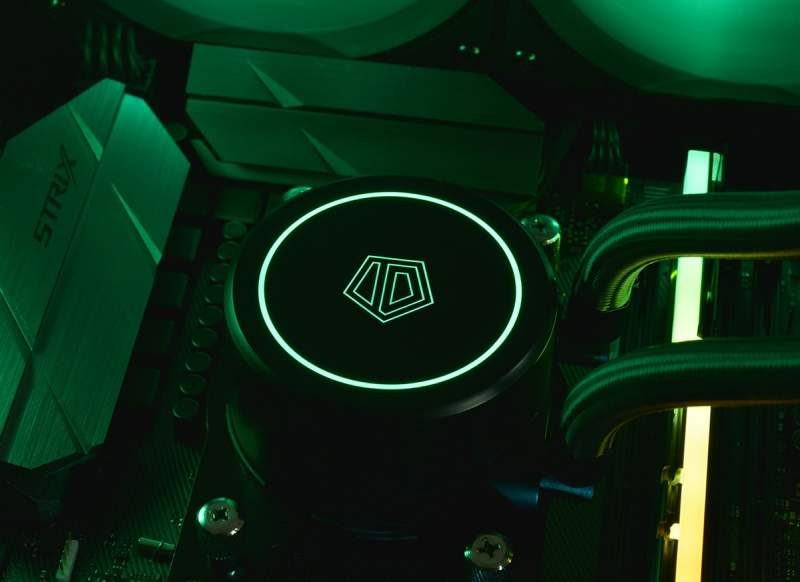 The fans operate from 700 to 1800 RPM and can push out up to 74.5CFM of airflow. Users can also add additional fans on the other side of the radiator, completing a push-pull setup. There are also rubber dampeners on the corners so that vibration from the fan operation does not rattle and create a sound. Furthermore, the bundled fans are PWM units, so it can dynamically move up and down depending on the temperature load.

Which CPU Sockets are Compatible with the Auraflow X 240?

How Much is the ID-COOLING Auraflow X 240 AIO Cooler? 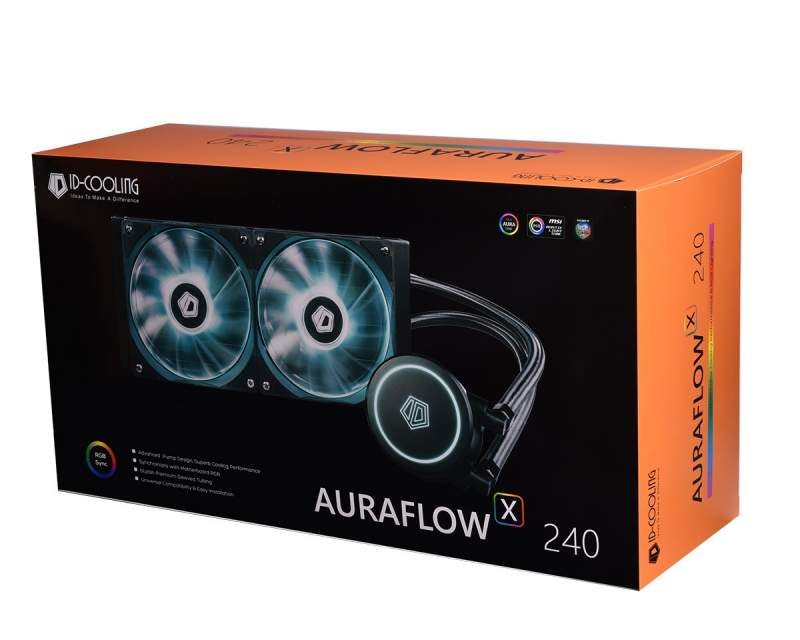 The Auraflow X 240 AIO CPU cooler will be available before the end of November 2018. It will have an MSRP of only €79.99, making it one of the most affordable RGB-equipped 240mm AIO CPU cooler in the market.