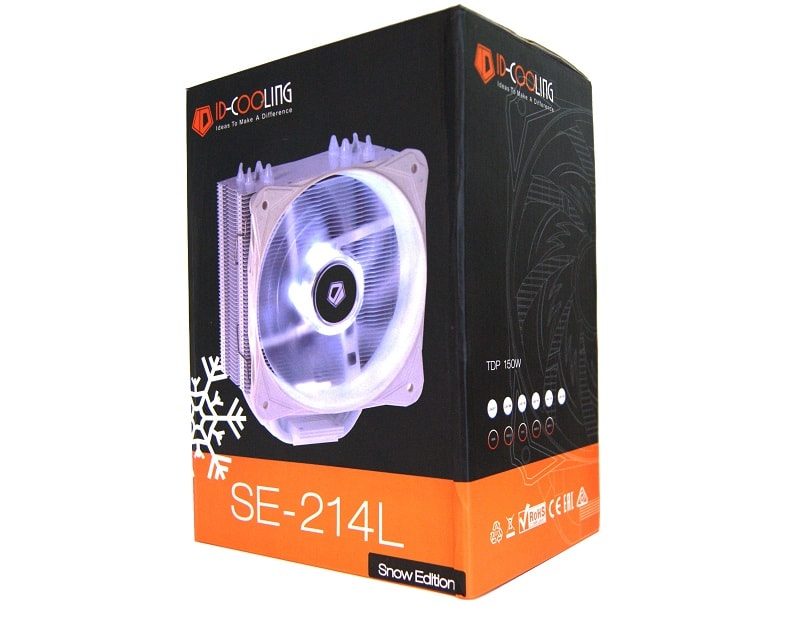 ID-Cooling is perhaps best known for being a budget brand when it comes to CPU cooling manufacturers. A quick perusal of their product range generally tends to find pricing within the £30-£70 range. That isn’t, however, to say that you’re going cheap and getting cheap. In the past, we have found their products to be generally impressive and as such we are rather curious to see how the ID-Cooling SE-214L will compete with some of the bigger brands.

On the surface, the SE-214L appears to be a fairly standard air-cooler (testing to come) and it definitely has a big market to compete within. As the packaging says though, ID-Cooling specialises in “ideas to make a difference” and in terms of the lighting on this cooler, they have definitely hit the mark there. 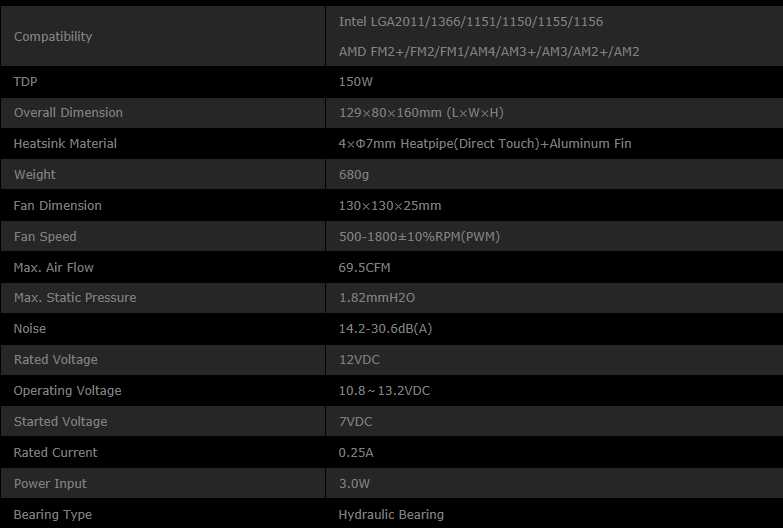 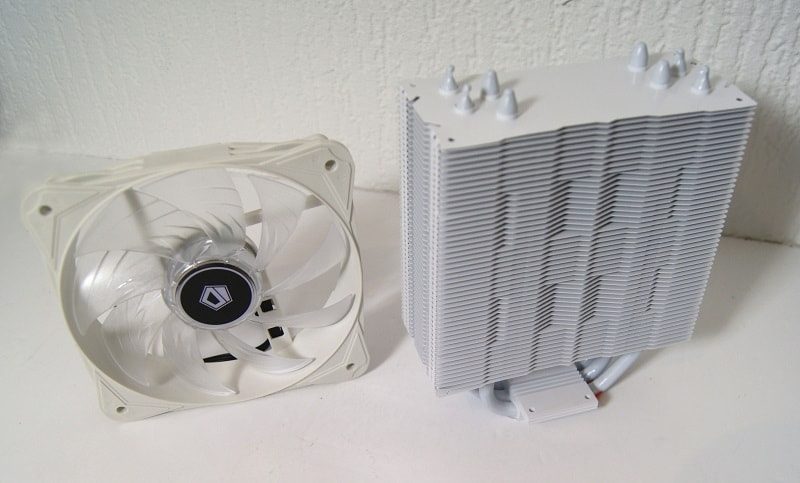 The product packaging is bold and clear. The white ‘snow’ cooler set on the black background makes for a fantastic contrast and show the cooler in perfect presentation. The snowflake identifying the ‘Snow Edition’ branding is nice and pleasant, albeit looking a little like clip-art. For presentation though, at least of the cooler itself, it’s hard to find fault. 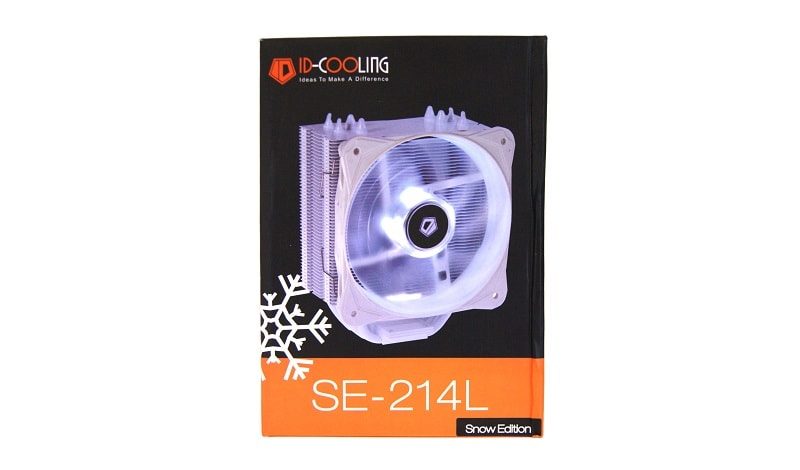 On the back, you will find the product specification, but nothing else. While 9 languages are, for international sales, useful, it does limit some more actual information of images of the product. Just to put this into context, most people go to the back of a box to find out all the technical details and generally, we expect a very thorough accounting of the product. In this instance, however, the details, such as the socket compatibility is very small and on the side. It would have been better if they had made some more of the technical data available or more prominent. 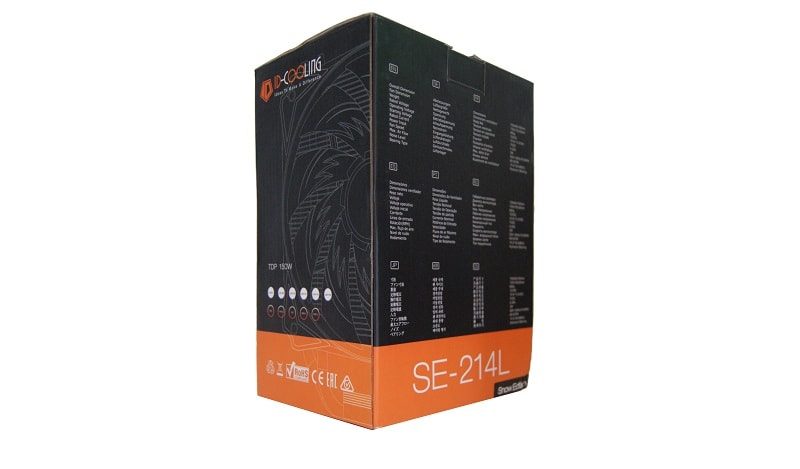 Inside the box, everything is in good order as you would expect. The way it has been packaged, however, is a little cheap and I would have preferred to see a bit more cushioning for the cooler. My concern is that it could potentially be damaged if the box suffered too much either in the warehouse or in transit. Admittedly, it would take a fair whack to cause any physical damage, but I would expect that by the time this his the shelves or got through delivery, it would have a few dents in the box packaging. 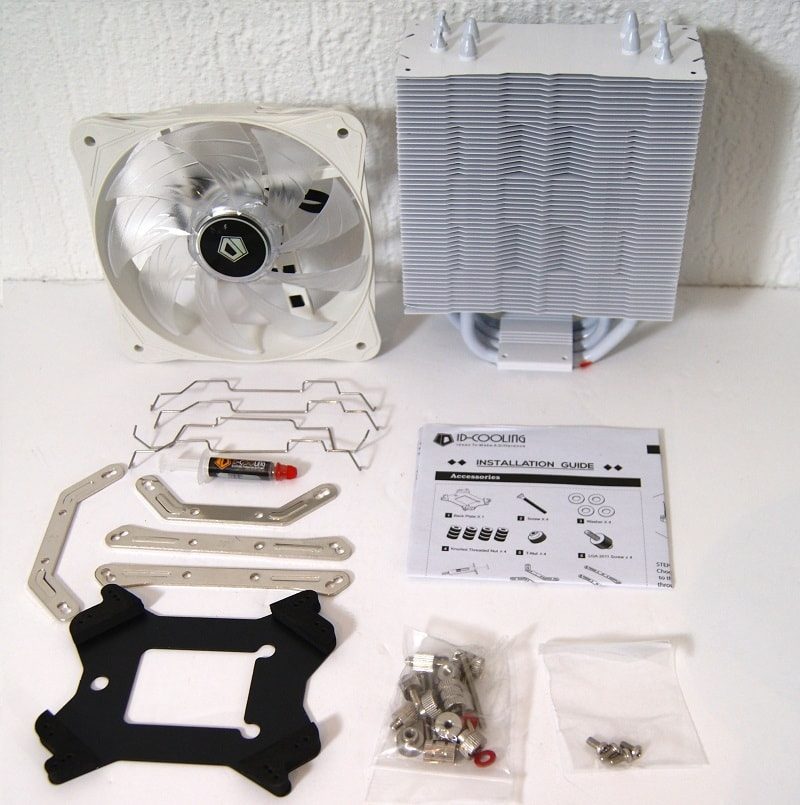 This cooler comes with 1 fan of their own ID-Cooling make. As part of this product, they indicate that the fan has been improved on prior designs and on the whole looks decent without anything particularly different aside from the nice white colouring. That is, of course, until you plug it in and see it running. When done, suddenly the ‘Snow Edition’ branding makes a lot more sense.