Indian Airport Paves The Way For a Solar Power Future 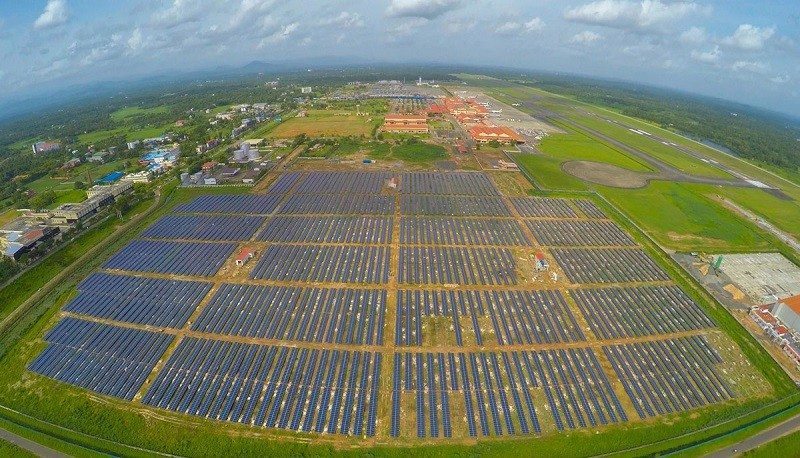 The world’s resources are becoming more and more finite in its capacity to provide for an ever-increasing population. Countries which previously had been considered as small and unassuming are now experiencing their version of an industrial revolution. As the planet becomes more hi tech, so the need for electricity becomes greater to the point where it is unsustainable and alternate solutions are in need of implementation.

This is where a pioneer of solar panels arrives with the aim of powering a whole airport using this technology. The airport in question is located in India and is called the Cochin International airport and has become the first airport in the world which completely operates on solar power. The feat is quite impressive considering the implementation of 46,150 solar panels laid across 45 acres near the cargo complex, which in turn generates a staggering 50000 to 60000 thousand units of electricity per day. This is with the aim of being consumed for all its operational functions, which in turn allows the airport to be power neutral.

This project is without a doubt a step in the right direction for the use of renewable energy, I am slightly surprised that India would be the first country in the world to envisage such a project which started way back in 2013, when CIAL ventured into the Solar PV sector by installing a 100 kWp solar PV Plant on the roof top of the Arrival Terminal Block, which turned out to be the first of many additions. Let’s just hope there are not any glitches in the system as passengers really do not like the idea of waiting for the sun to appear before landing.

Thank you cial for providing us with this information