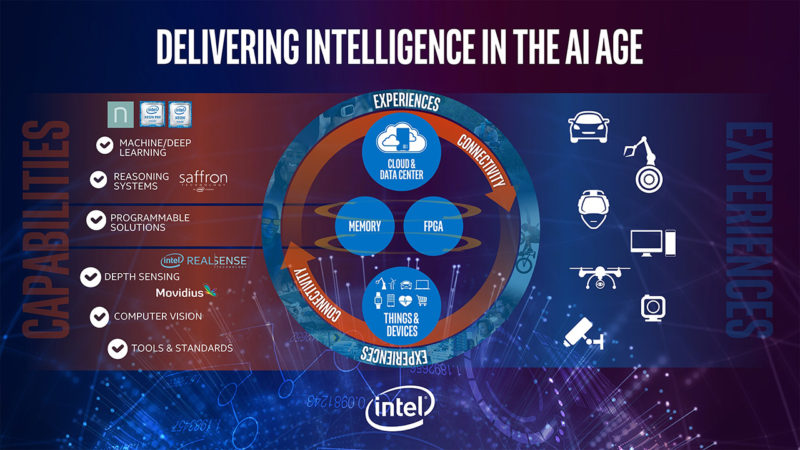 A few short months ago, Intel acquired Nervana Systems for 400 million dollars. Their intention is to use Nervana’s technology to be competitive in the deep learning market. This market is currently dominated by GPU-based solutions from NVIDIA. Artificial Intelligence is a big market for Intel and the company sees it as a pivotal ground that they must put a stake in or risk falling behind like they did on the mobile front.

With Nervana’s technology,the company is expecting to produce “a breakthrough 100-fold increase in performance in the next three years to train complex neural networks”, says Intel CEO Bryan Krzanich in a recent editorial. Nervana’s technology will be a PCIe add-in card arriving sometime around the first half of 2017. The codename is Lake Crest and it incorporates HBM technology that is directly targeting current GPU solutions. Intel believes that GPGPU architecture is not uniquely advantageous for AI and that their approach can support much larger models and is much more highly scalable.

The company is also in the process of acquiring visual sensing company Movidius. Their technologies should fit perfectly well with the chip giant’s deep-learning efforts. Moreover, Krzanich compares the addition of Movidius’ Myriad 2 as a “visual cortex” for their existing RealSense 3D camera. Those are the “eyes” and the Intel CPU, the“brain”.

Together with Saffron’s cognitive computing technology which Intel acquired last year, the company expects to be a leader in deep learning development. Saffron Technology is a North Carolina company which began in 1990. Their natural Intelligence platform is in use by thousands of companies around the world, including the US Defense Department.