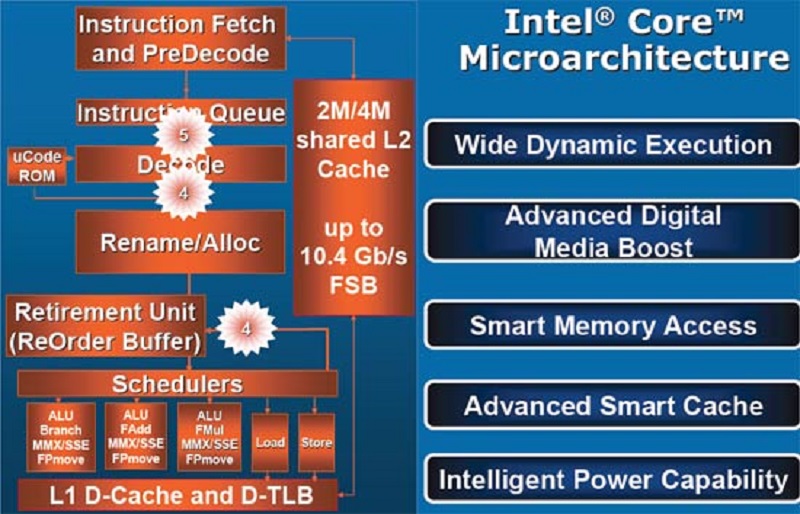 Since the failure of the Netburst Architecture with Pentium 4, Intel has played it safe with their new designs. To regain their competitiveness, Intel returned to their P6 architecture and reiterated it to create the Core series which continues to this day in some form. According to new reports that are starting to surface, Intel may finally be working on a completely new successor that does not share the P6 lineage.

The new architecture is reportedly set to arrive sometime in 2019-2020. Given the usual time frames involved in designing CPU architectures, this seems work likely only started recently which is why the rumours are surfacing now. If it is true, it means Tiger Lake may be the last Core based CPU architecture out from Intel.

One reason being floated around for the new design is that Intel wants a new take on x86. Due to support for legacy instructions, die space cannot be optimally used for new more useful features. By throwing out a lot of the old stuff and starting with a new design, Intel can make use of all of the new advancements in computing science.

However, throwing away compatibility may not be as easily said and done. The backwards compatibility enjoyed by x86 and x86-64 is one of the key reasons the ISA has remained dominant for so long. Even if Intel does not directly support legacy operations, some level of emulation must be maintained. Barring that, the consumer and enterprise backlash would be insurmountable.

Even if Intel does not go full on crazy and tossing everything out, a redesign could be pretty beneficial. The P6 architecture has already changed so much over the years that it is barely recognizable if you compare a Skylake block diagram to it. While Core is still a major success, a redesign could reap major benefits just like AMD has with Zen being a new design that tosses out the current Bulldozer based family.

Finally, we have to keep in mind that all of their information is still unconfirmed. it’s even possible that Intel is just merely rebranding their architecture to recognize the fact it has changed so much over the years. After all, a brand new name may just be the thing needed to revitalize excitement and enthusiasm.