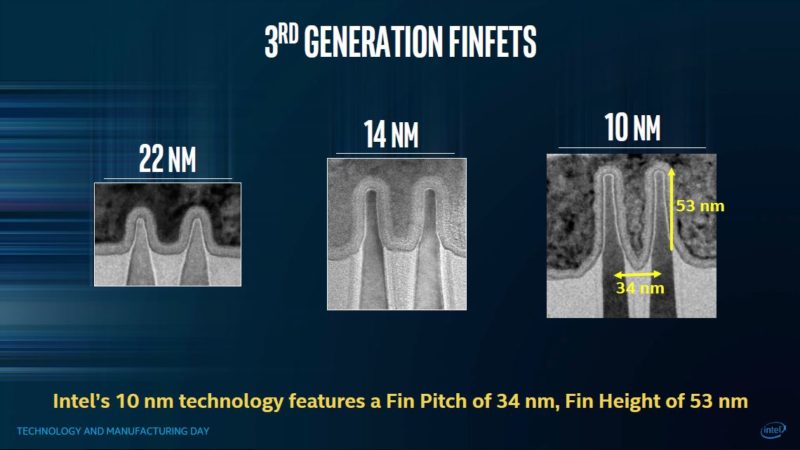 After many delays, Intel is finally ready to unveil their new 10nm process. According to the company, the new 10nm process will be 2.7x denser than their current 14nm process. Even more surprising is the fact that it will be 2x denser than the 10nm nodes from competitors Samsung and TSMC. In fact, Intel is claiming that they will be a full generation ahead of the competition once their new node comes online. 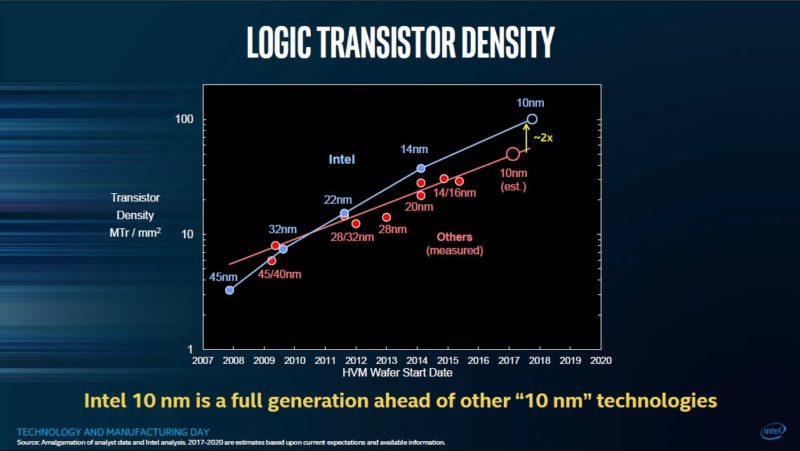 Despite all being called 10nm, each semiconductor firm has wildly different processes and standards. Nodes are often not comparable between the firms as marketing has as much to do with it as the real science behind it. Often times, the smallest element in the process sets the claimed size of the node, though many other parts are much bigger. Intel on the other hand, has stricter standards, leading to their corresponding node being smaller and denser than the competition. Despite the claims of Intel being behind, it likely won’t be till 7nm nodes get released that Intel’s 10nm node will have real competition. 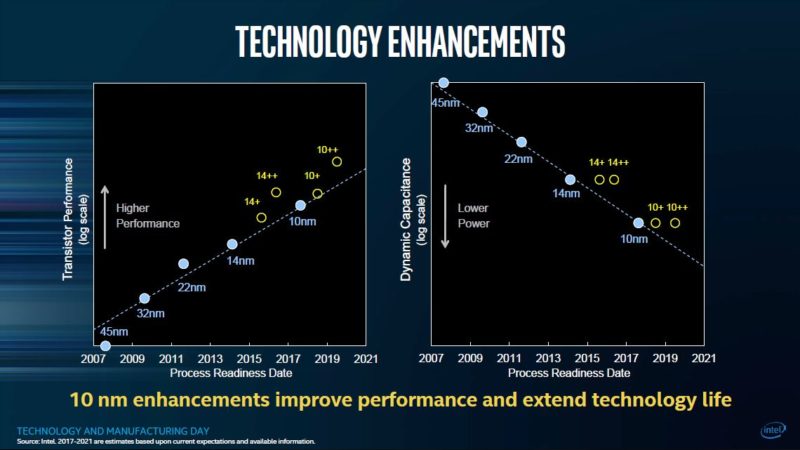 Compared to their 14nm process, Intel is claiming a 25% increase in performance as well as a 45% decrease in power consumption. This should allow for even higher clock speeds and better efficiency for mobile products. In recognition of their nee slower 3-year PAO cycle, Intel also has a 10nm++ node in the works. This is set to bring a 15% increase in performance and 30% lower power. Interestingly, 10nm+ is mentioned but no performance metrics were given for it. 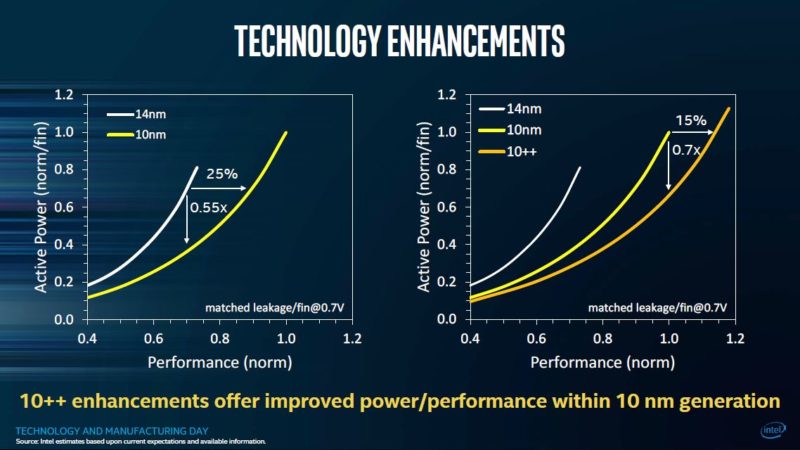 With these advancements, Intel is still hoping to keep Moore’s Law alive in whatever way it can. Cannon Lake on 10nm is set to arrive on the market near the end of this year. With increased competition from competing foundries, ARM moving up the performance ladder and AMD being resurgent with Ryzen, it will be interesting to see how the company will manage these new challenges.