Ashes of the Singularity

Ashes of the Singularity’s dedicated CPU benchmark is an excellent indicator of multi-threaded performance because it can proficiently take advantage of those extra cores. As a result, the Intel i5-7500’s 4-core arrangement struggles and falls by the i7-4770K. Of course, the stock i5-7600K fares better because of the higher frequency. 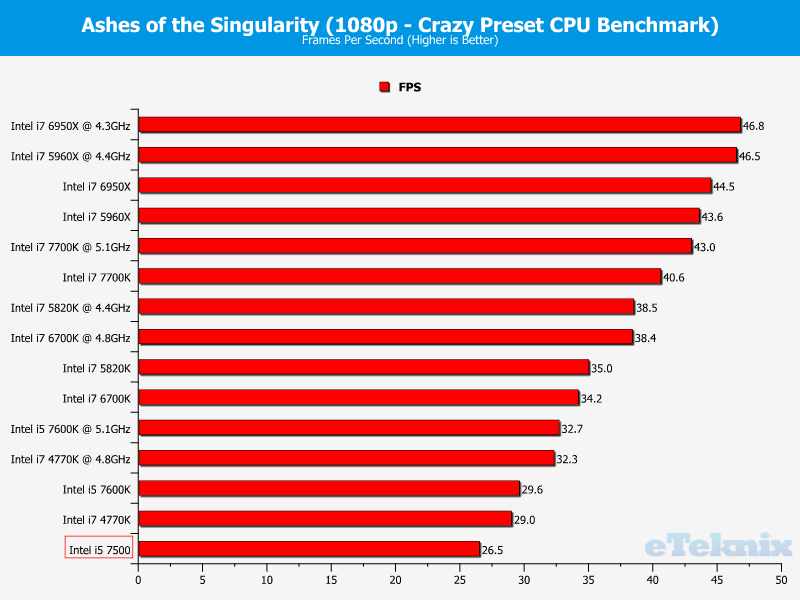 As expected, the i5-7500 cannot compete with higher-end options. Saying that, the Cinebench R15 scores are decent for one of Intel’s cheaper LGA1151 chips. 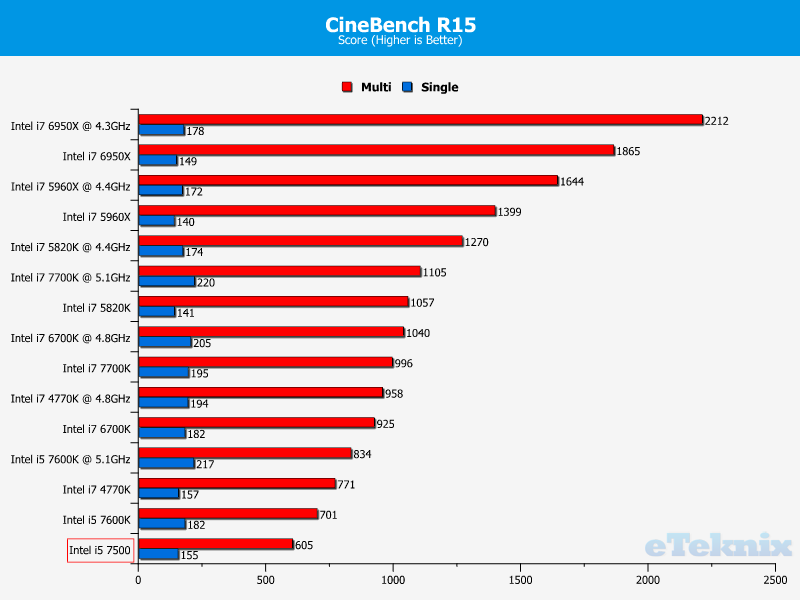 The CPU’s lower frequency and 4-core setup prove to be quite limiting when converting a 4K MP4 video file. On a more positive note, the conversion times are bound to be faster than the previous offering due to the higher turbo speed, but it’s nothing to write home about. 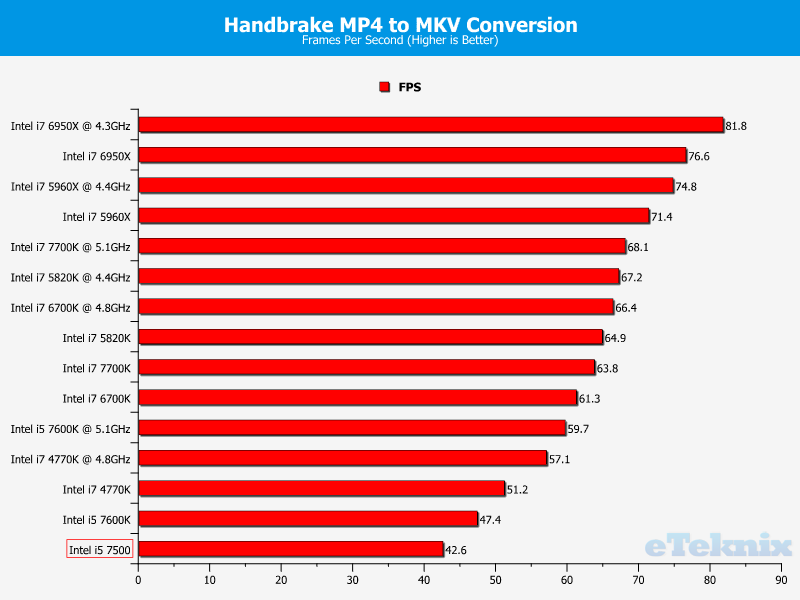 In WPrime, the CPU completes the Pi calculation in an acceptable time but it’s clearly not designed for such a demanding task which loves to use more than 4 threads. Furthermore, the deficit to the i5-7600K may be enough to make some users consider the overclocking CPU as a more worthwhile investment. 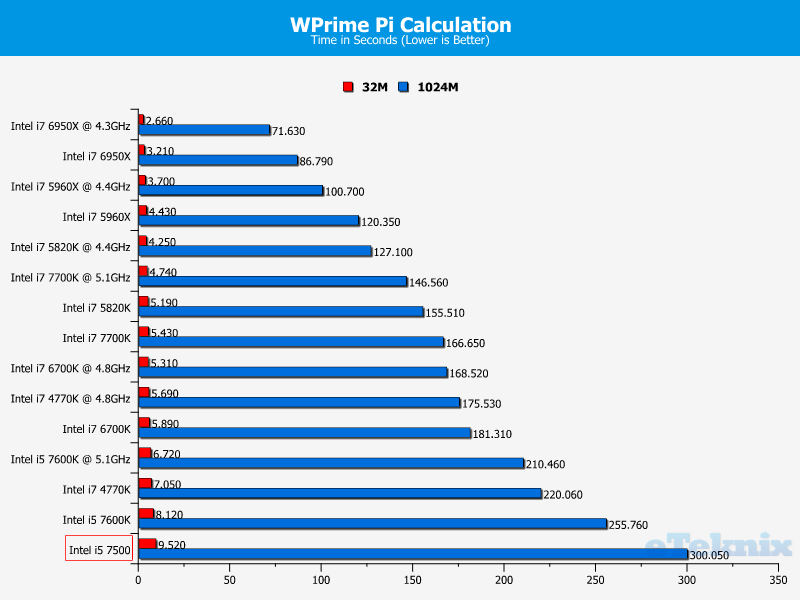 The i5-7500 is able to contend with WinRAR compression pretty well and offer similar performance to the i5-7600K. 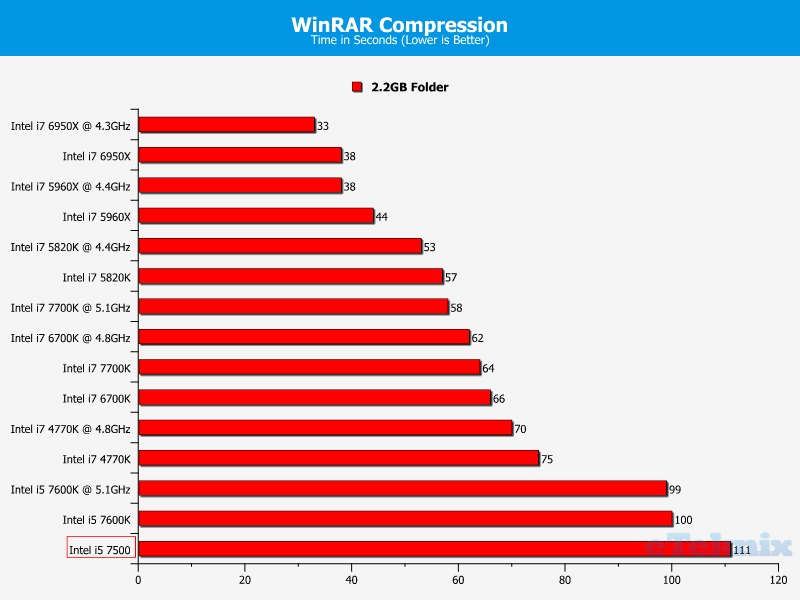