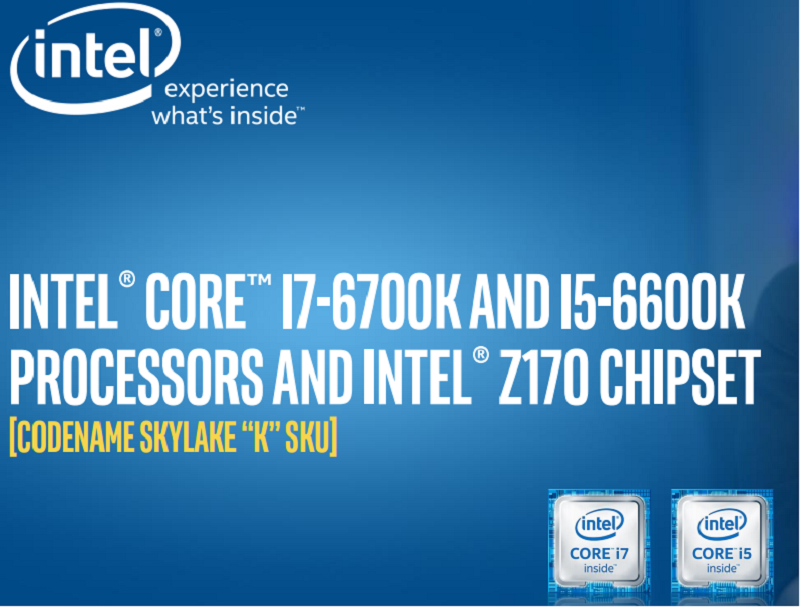 Skylake is finally here, after months of speculation that all leads up to a single date in the calendar. Based on the first truly successful 14nm process after the very difficult launch of Broadwell a few weeks ago. Today sees the launch of two of the Intel Skylake SKU’s; the i7-6700K and the i5-6600K and this review will focus on both CPUs. This is a completely redesigned CPU focusing on the gamers, overclockers and enthusiasts alike and embedded in this message was the fact that Intel are dedicated to traditional sockets; no soldered on chips for the future of the mainstream consumer range for Intel. When Broadwell was released and the rumours started swirling around Skylake, everyone was jumping for joy with full BLCK overclocking; we can finally and officially confirm that there is a full BLCK overclocking range in increments of 1MHz instead of being limited to the strap of 100/125/166 of previous designs.

With those new chips, also brings a brand new chipset and socket. Z170 is amazingly complicated and feature-packed, with up to 20 PCIe 3.0 lanes compared to just 8 on Z97, up to 10 USB 3.0 ports and almost all motherboard manufacturers will be introducing USB 3.1 Type A and Type C as standard. Not only that but the CPU can automatically switch between DDR4 and DDR3L support although it is to be noted that the CPU cannot do this at the same time so don’t expect any motherboards with 2 DIMMS of each. Take note of the ‘L’, as Skylake CPU’s cannot accept DRAM with a voltage of more than 1.35v natively; I guess under overclocking situations you could try it, but system instability will most likely occur. The socket in question has been redesigned and this brought the introduction of a single additional pin; that means you cannot upgrade your CPU or motherboard now and the other later. This may seem like a money making idea on Intel’s behalf, but when you think of the nitty gritty, Z97 doesn’t offer as much connectivity or overclocking capabilities as Z170 does; so putting a new socket on an old board would neglect the user of the full potential they could harness. 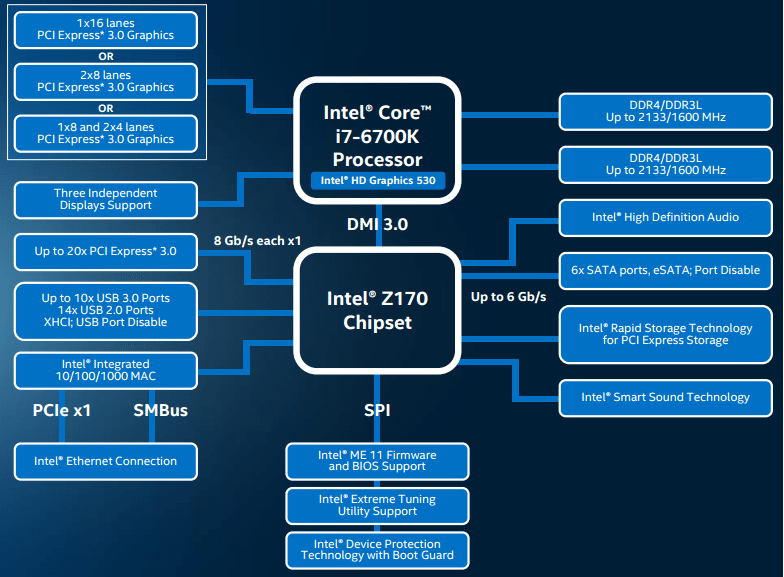 Year on year Intel promise up to 10% more performance compared to the last generation processor; it is the same this time around. To put things into perspective, a 1-year-old PC would hold an i7-4790K, 2-year-old would be an i7-4770K and 3-year-old would be an i7-3770K. For those of you holding out with your i5-2500K, you would probably be considering Skylake as your next upgrade.