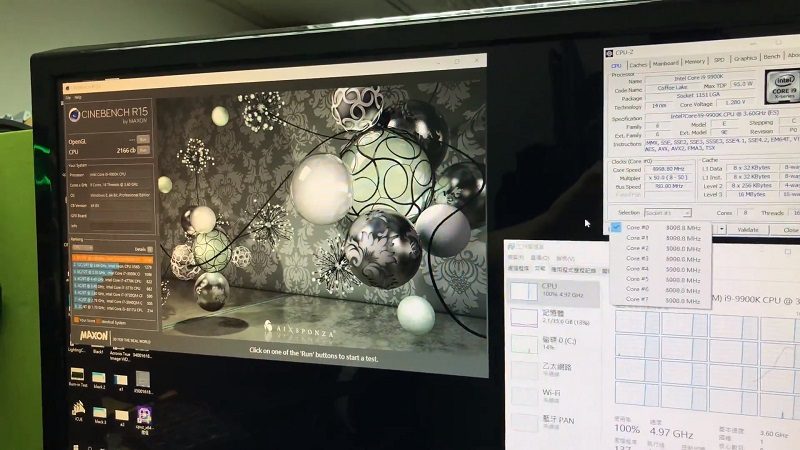 The leaks come courtesy of Lau Kin Lam from HKEPC and 18歲的黃同學 (Translates to 18-Year-Old Classmate Wong). Both were able to get their hands on the new Core i9 9900K chip and run it through Cinebech R15. As expected the chip scores higher than the Core i7 9700K leaks. This is due to having not just 8 cores but also 16 threads thanks to Hyper-Threading. Lau managed to score 2166 points for multithreaded while Wong scored 2008. 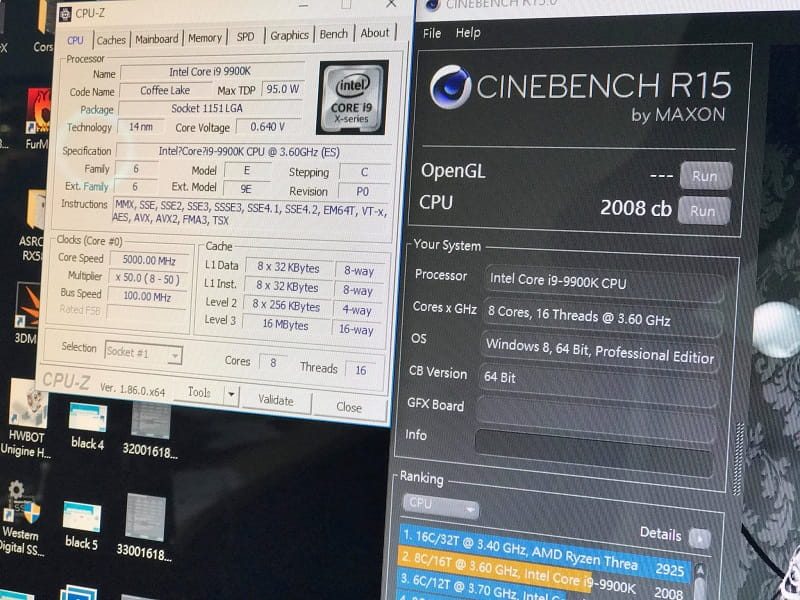 From the results, it looks like Intel is ahead of the AMD Ryzen 7 2700X when it comes to Cinebnch at least. Intel still holds their lead due to their higher clock speeds and very small IPC lead. After all, Chipzilla clocks their chip much higher with a peak of 5 GHz compared to AMD’s 4.3 GHz. As a result, The Core i9 9900K should keep things safe for Intel for the next year. Intel can breathe a sigh of relief until AMD responds next year with new Ryzen chips.

For now, we will have to wait for single-threaded results to come later. Neither leaker posted any single-threaded results. A more pressing concern for Intel chips won’t be performance but availability. Multiple reports have come out in the past month pointing to supply issues with 14nm. Unless these issues are resolved, the new Whiskey Lake launch may be a paper one until 2019. This may leave AMD without much serious 8 core competition for the holiday season. We will have to wait and see if Intel manages to sort out their supply situation in time.