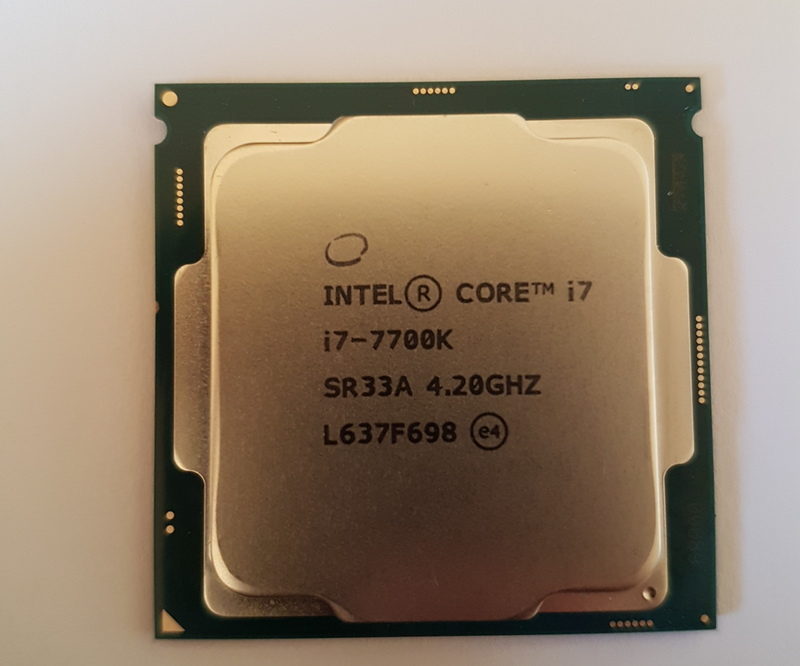 One lucky overclocker has gotten his hands on an Intel Core i7 7700k processor, based on the Kaby Lake architecture, prior to its official release. RichUK of the AnandTech forums has detailed his efforts at overclocking the 7700k to 5GHz.

In later testing, using Prime 95 v28.10 Small FFTs, RickUK says that the 7700k could run at 5GHz 1.392v for over seven hours before one of the logical cores failed:

In terms of temperature, the 7700k was hitting temperatures of up to 99oC until RichUK replaced the thermal interface material (TIM), after which the temperature dropped to 66oC. This seems to confirm anecdotal reports that Intel is using substandard TIM with its Caby Lake chips.

Detailed benchmarks can be found in RichUK’s forum post.