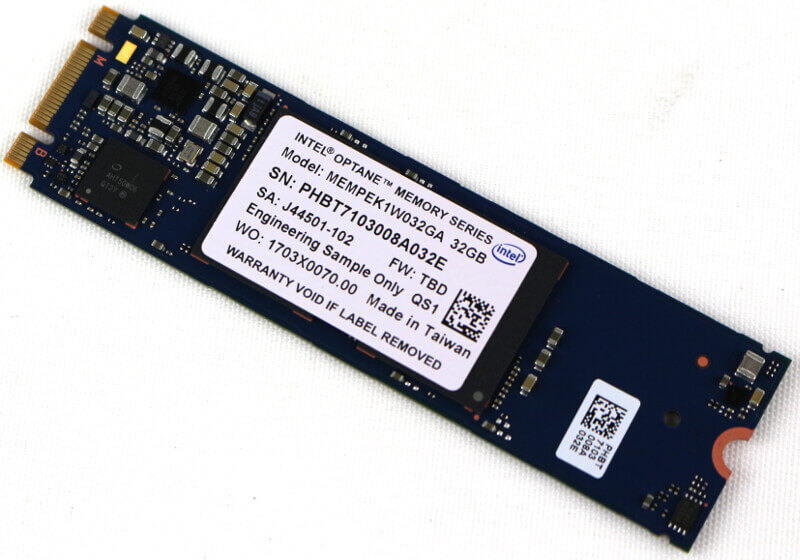 Intel has a history of caching technologies, all made to improve the performance of your systems slowest points. Their newest technology in this area is the Intel Optane which is designed as a cache accelerator for modern systems. Today, we’ll have a look at the first consumer model in the M.2 form factor and with 32GB capacity.

I have the 32GB Intel Optane module in the lab, but it isn’t the only option. There is also a smaller 16GB Optane module available for those who want to save a little on the purchase. Neither of the modules is expensive as such as the 16GB costs around $44 while the 32GB costs around $77. That’s not a lot to spend in order to get a far more responsive PC.

The connection interface is a PCIe 3.0 x2 and the drive utilises the NVMe protocol for effective CPU communication.

The idea of hybrid storage isn’t new. Intel introduced the Smart Response Technology along with the Z68 chipset and SSHDs have been around for a long time too. Both work in the same general way, by using faster SSD NAND storage to cache hot data from a slower but bigger HDD. The effect is faster access speeds for hot data and faster load times for commonly access files, all while offering the large storage capacity of the HDD.

Intel Optane works in the same way with the difference being the move from SATA to PCIe. The PCIe interface is far more capable than SATA, especially when it comes to response times. The choice of an M.2 module also offers new options for mobile systems and other PCs where expansion space is limited.

There is one requirement to run an Optane module in your system. You need at least a 200-series Intel chipset and a 7th generation Kaby Lake processor. 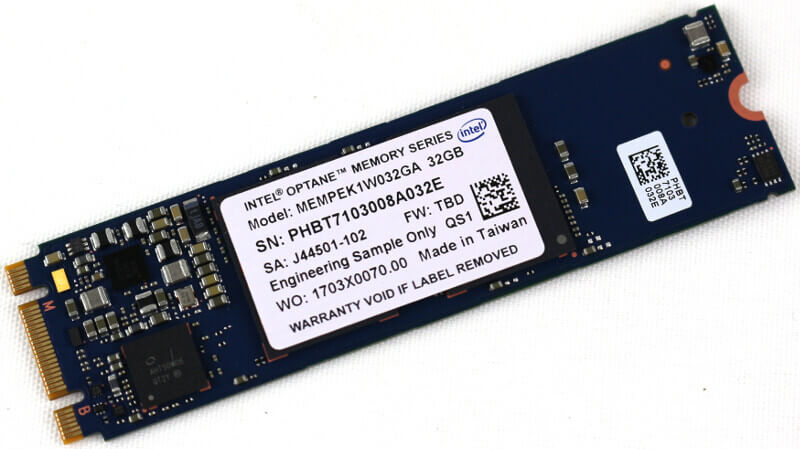 The 3D XPoint technology, or crosspoint as it is pronounced, is the result of a cooperation between Intel and Micron. The Optane memory is the first consumer product coming from this, which makes it quite interesting for people like me.

3D XPoint is designed to bridge the gap between non-volatile and volatile memory. Non-volatile is slower and cheaper (SSD), but it keeps the data stored even without power. Volatile is faster, but it will be cleared on power-loss (RAM).

The target of 3D XPoint is to eventually allow a system to run from a single set of modules instead of the current setup where you need RAM for your system and an SSD for storage. But we aren’t there, not yet.

Intel Optane is meant as a cache, to make read faster and thereby load faster. That shows in the performance figures where the 32GB Optane is rated at 1350 MB/s at sequential read operations and 290MB/s at write operations. The random performance is where the drive shines, and that is where it needs to shine. The Optane is rated at 240000 IOPS when reading and 65K IOPS when writing. It is what’s needed to allow your games and applications to load without you noticing it.

Another vital aspect when it comes to responsiveness is the latency. Optane manages an impressive latency of just 7µs and 18µs (microseconds) when reading and writing. 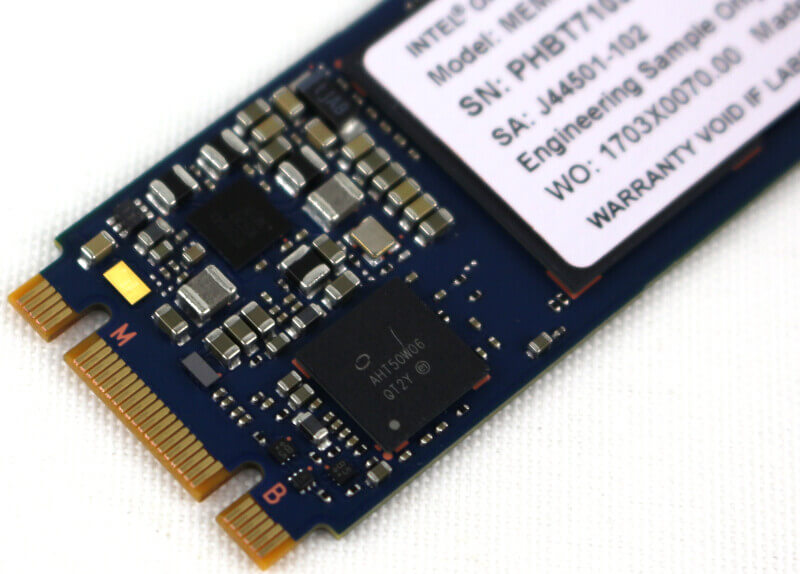 The last thing we need to know about a storage drive is the endurance. Intel rates the 32GB module at 182TB lifetime writes and a 1.6 million-hour MTBF. It is backed by a 5-year warranty which tells a story by itself. Clearly, Intel has confidence in the technology. 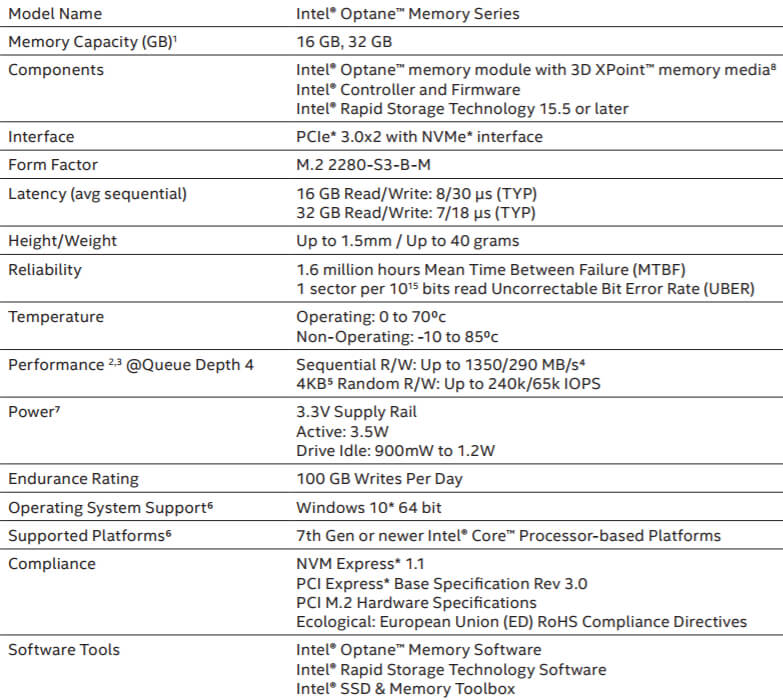 The module Intel sent me didn’t come with a retail package, and that isn’t a problem. While I can’t show it here, it doesn’t change anything for the drive itself. 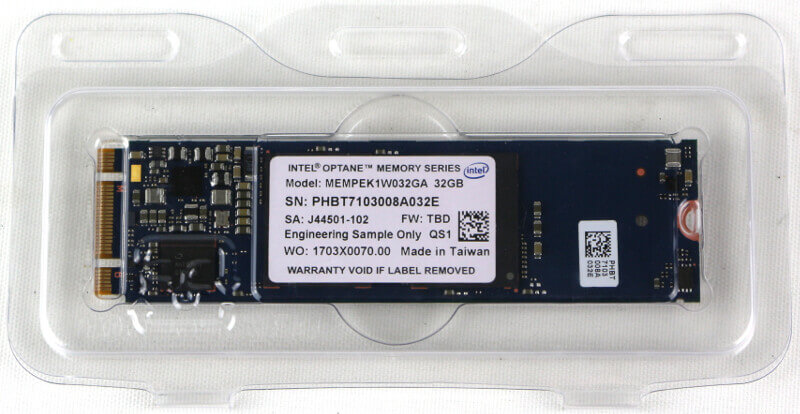