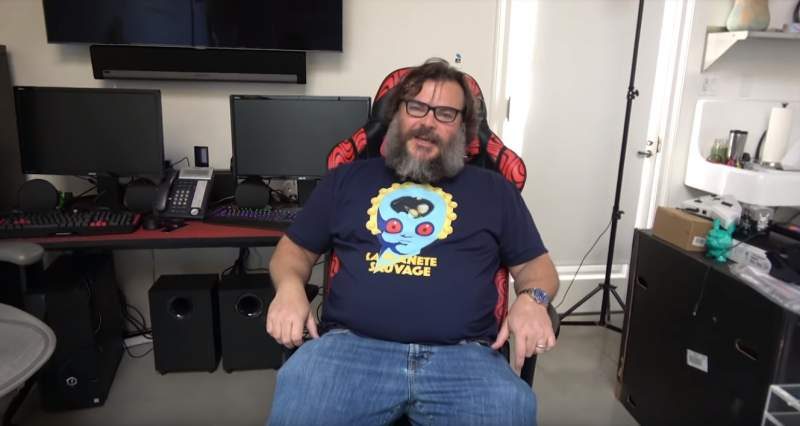 Jack Black has Entered the Game

Move over Will Smith, there is a new Hollywood celebrity in YouTube town. This time it is none other than Tenacious D’s Jack Black. The announcement is the only video available so far from Black’s Jablinkski Games channel. However, it is already #1 in YouTube’s trending videos (2M+views) over the Holidays and it has over 600,000 subscribers so far.

Unlike Will Smith who mostly makes vlogs about his travels, Jack Black’s channel is going to be heavily gaming related. He also appears to be sticking to the indie YouTube vibe by using a real, functional gaming room. Rather than a typically IKEA manicured studio that other YouTubers use.

Black also quickly drops several references to ingratiate himself into the community. Including tilting his chair back a la PewDiePie (while using the exact same model chair), and dropping an Overwatch reference in the comments.

It also looks like he will mostly do PC gaming coverage as he has CyberPower PC pre-built gaming systems behind him. Although, Black also says that the channel will also feature his other favourite hobby other than games, which is food.

Who is Working Behind the Scenes?

Other than Jack Black himself in front of the camera, the only other person filming and editing is his son.

“I just want to clarify that there is no production behind this,” Black wrote. “This is all my son. He’s holding me hostage and I can’t be Tracer. Help…”