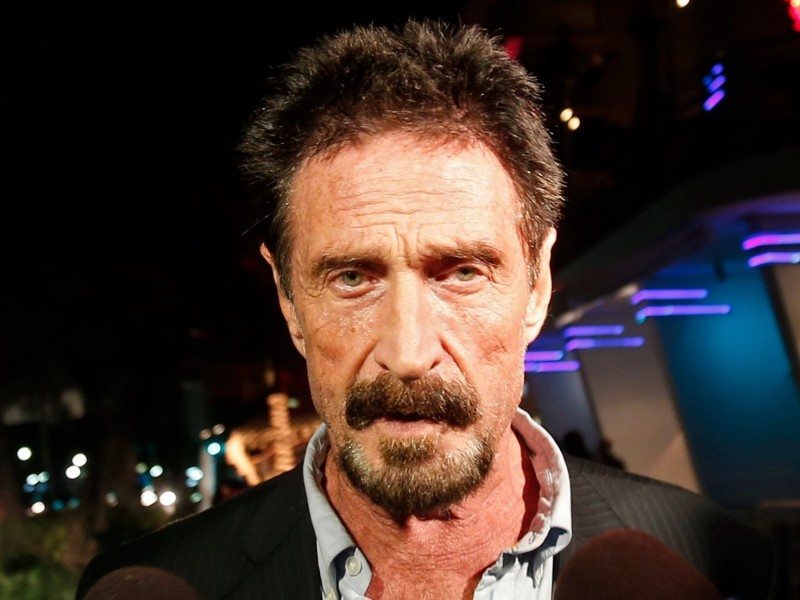 Billionaire fugitive sleuth John McAfee has offered to hack the iPhone of a mass shooting suspect for the FBI in an effort to protect Apple from having to introduce backdoors into its devices. McAfee, currently a US presidential candidate for the Libertarian Party, thinks that if Apple are forced to open its systems to government entities, it “will be the beginning of the end of America,” so he and his “team of the best hackers on the planet” will hack the phone in question so that the FBI never gets its hands on the keys to Apple’s encryption.

The offending iPhone 5C belonged to Syed Rizwan Farook, who is thought to be responsible for a terrorist attack in San Bernardino in December 2015. The FBI has pulled out an obscure piece of law – the 1789 All Writs Act – in an attempt to force Apple to create a backdoor into the iOS operating system so that the information on Farook’s phone can be decrypted. The FBI, of course, promises to use this backdoor once only. Apple’s CEO Tim Cook has, so far, refused to comply.

In an op-ed piece on Business Insider, McAfee has spoken out against the FBI’s attempts to subvert Apple’s security, and has called the law enforcement agency’s lack of expertise to hack the phone itself “the beginning of the end of the US as a world power.”

“[W]hy do the best hackers on the planet not work for the FBI?” McAfee asks. “Because the FBI will not hire anyone with a 24-inch purple mohawk, 10-gauge ear piercings, a tattooed face, who demands to smoke weed while working and won’t work for less than a half-million dollars a year. But you bet your ass that the Chinese and Russians are hiring similar people with similar demands and have been for many years. It’s why we are decades behind in the cyber race.”

In order to both save the FBI’s blushes and shield Apple from further pressure to compromise its encryption, McAfee has offered his and his team’s services to crack Farook’s iPhone.

“So here is my offer to the FBI. I will, for free, decrypt the information on the San Bernardino phone, with my team. We will primarily use social engineering and it will take us three weeks. If you accept my offer, then you will not need to ask Apple to place a back door in their product, which will be the beginning of the end of America.”

“If you doubt my credentials, Google “Cybersecurity legend” and see whose name is the only name that appears in the first 10 results out of more than a quarter of a million,” he adds. Boom!