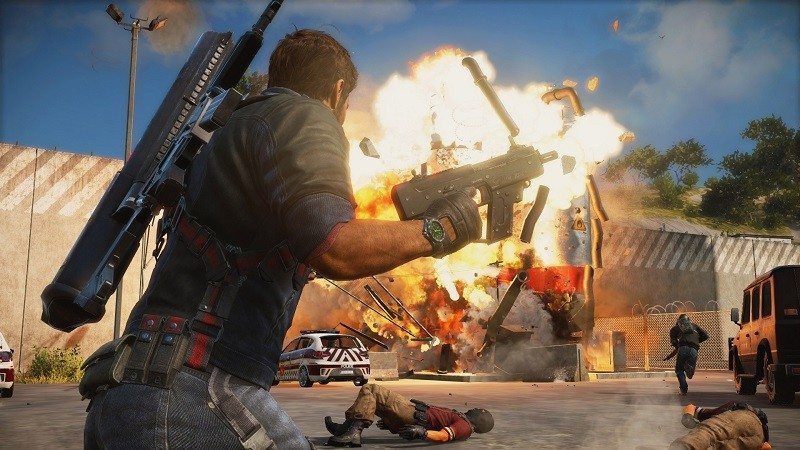 Set to be released on the PC, PlayStation 4 and Xbox One on December 1, 2015, Just Cause 3 is a highly anticipated open world action-adventure video game developed by Avalanche Studios and published by Square Enix. Those of you who were planning on playing this game on the PC are undoubtedly curious about its official system requirements, and thanks to a leaked image of the back cover of the game, you are about to find out exactly what they are. On the minimum end, we’re looking at an Intel Core i5-2300 or an AMD Phenom II X6 1055T, as well as a Nvidia GeForce GTX 660 (2GB) or an AMD Radeon HD 7870 (2GB). Considering the fact that we’re talking about an open-world title with its fair share of eye-candy, these requirements appear quite easy to meet. However, the recommended specs suggest a Core i7-3770 or an AMD FX-8350, as well as a GeForce GTX 760 (3GB) or an AMD Radeon R9 280X (3GB). 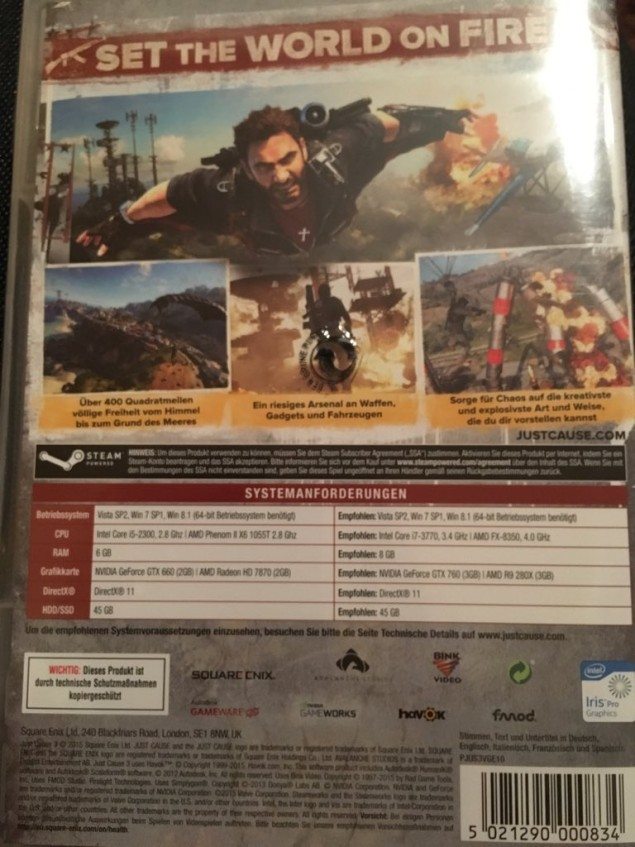 As you can see for yourself, the NVIDIA GameWorks logo is also present on the back cover, but it’s not exactly clear at this point what specific GameWorks features will be supported by the game. As far as consoles are concerned, Just Cause 3 will reportedly run at 1080p while the Xbox One version will feature a resolution of 900p. Below you will find a list of complete requirements as well as the latest dev diary, which describes the Avalanche Engine used to power this title.