Kim Dotcom is Building His Own Internet 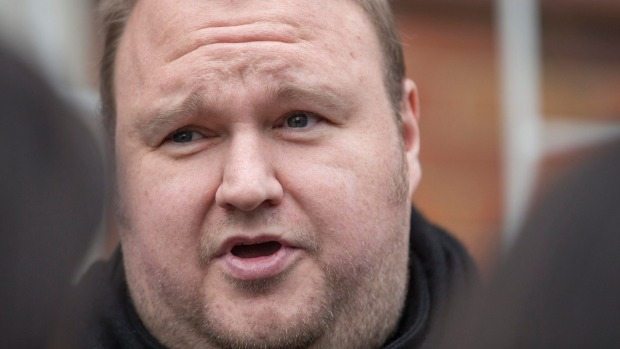 Kim Dotcom, the New Zealand-based German web entrepreneur currently awaiting the outcome of a trial to extradite him to the US on charges of piracy, money laundering, and fraud, is full of admirable bluster. While his ambition often outweighs his reach, as evidenced by his previous endeavours Megaupload and Mega 2.0, Dotcom’s Utopian vision of what the internet could be is always refreshing, despite commercial and state interests perpetually pushing against free, open, and private internet use.

Seemingly resigned to our internet being beyond repair, Dotcom has decided to build his own. MegaNet – a name that really writes itself – will ditch internet protocol addresses, using the existing internet infrastructure’s ‘dumb pipes’ and adding a supposedly uncrackable layer of encryption, a prescient concept considering the draconian surveillance laws being pushed through in the UK.

“If you don’t have IP addresses you can’t hack the server, you can’t execute denial of service attacks on gaming services or websites,” Dotcom told the audience at the Sydney SydStart Conference via video link. “Most importantly it will make it difficult for governments to invade our privacy. This entire network I’m working on is fully encrypted. It literally works from the people for the people.”

MegaNet will operate on a network “that uses the beauty of blockchain and new protocols to communicate and exchange data” and will initially depend upon a network of user’s smartphones. Dotcom predicts that 100 million smartphones, connected to MegaNet, would have more power, storage capacity, and bandwidth than the top 10 websites in the world put together.

Early adopters will have to be patient, though, Dotcom warns. “In the beginning you set your restrictions,” Dotcom said. “The default is no use of bandwidth, and only storage on your phone. But if you want to, it enables us to utilise some of your bandwidth. Users are fully in control. It’s not costing them anything.”

“We’re looking at a 10-year plan,” he added. “Over the next decade, current smartphones are going to be replaced by phones 10 times stronger and faster, with massively more computing power, that are as powerful as desktop computers are today.”

“Battery tech in the making is going to give you 24 to 48 hours battery time with full usage. There are lots of advancements currently taking place. Today’s bottlenecks might be a challenge, but over the years, with new devices and new capacity with mobile bandwidth, there will be no limitations.”

Dotcom expects MegaNet to go live in 2016, and is eager for the chance to put his money where his mouth is, saying, “Right now they’re just my words, but I’ll prove it to you with proof when the service goes live. You watch. The security community will appraise it and validate this service.”