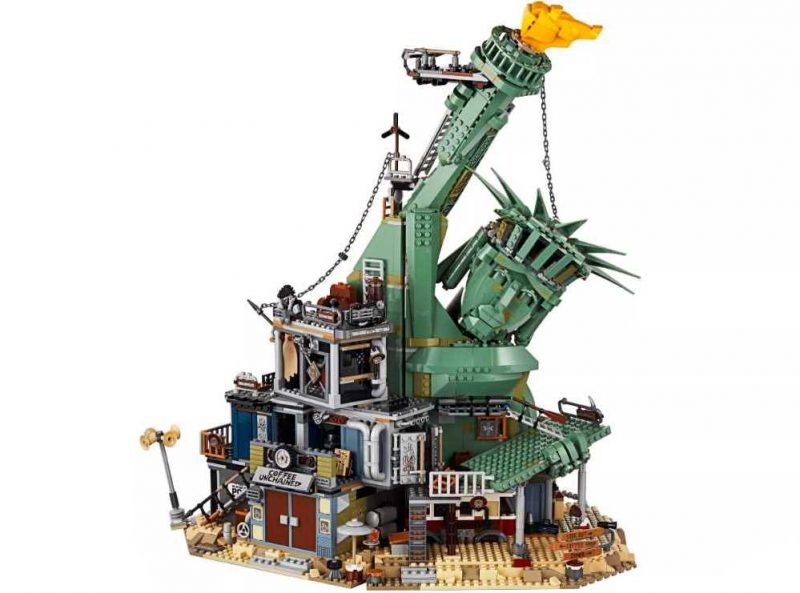 The Lego Movie 2 movie release is coming soon. Well, February 8th to be exact. As such, we can expect more than a little merchandise to start hitting the shelves. I mean, this is a film franchise based off the Lego product, it’s literally made to move kits off the shelf. The main tie-in kit to the movie, however, is something very special indeed.

Lego Movie 2 Apocalypseburg has been revealed by Lego and even by their usual standards, this kit is pretty impressive.

The kit comprises of over 3,000 pieces and features the main location from the upcoming film. With this kind of design though, this is going to be a challenge whether you are an amateur or master builder.

When Is The Kit Available?

Although Lego has teased the kit, it isn’t available to buy. Well, not yet at least. In a report via CNET, Lego has indicated that they plan to launch the retail sales of the product on January 16th. Brace yourselves though, because this isn’t cheap. Indications are suggesting that this kit will have an MSRP of around $300.

For a movie tie-in product, that’s rather steep. Then again, some people really love their Lego.

What do you think? Are you impressed with the kit? Are you looking forward to the movie? – Let us know in the comments!